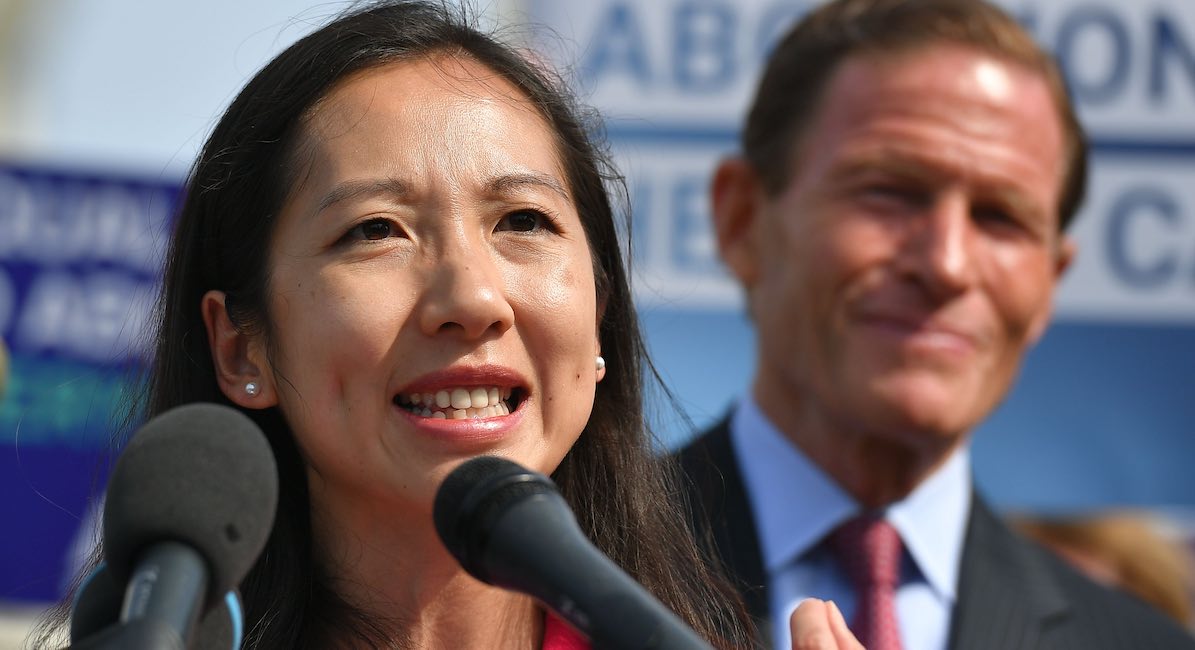 Former Planned Parenthood president Dr. Leana Wen is revealing details about her short time as leader of the abortion corporation in her new book, “Lifelines: A Doctor’s Journey in the Fight for Public Health.” In those eight months, Wen learned from Planned Parenthood that its focus is to expand abortion as a “moral good” and that it doesn’t believe women when they say they struggle emotionally with the decision to abort.

Insider reports that in her book, Wen details that her first full day as president included an interview on ABC’s “The View.” She spoke about her vision for Planned Parenthood including health screenings, newborn and postnatal care, and birth control. She wanted Planned Parenthood to be seen as a health care organization, not an abortion corporation. But when the interview was over, a Planned Parenthood board member sent her a text message stating, “Next time, make sure you talk about abortion.”

The pressure continued when another staffer said, “Not saying ‘abortion’ sounds as if you’re ashamed of it.”

Would they have said the same about breast exams if she had failed to mention those?

Wen revealed in her book that while she considers herself “pro-choice,” she doesn’t adhere to the idea of being “pro-abortion.” She wanted Planned Parenthood to help reduce abortions by focusing on birth control and other reproductive services. But this is not, nor has it ever been, what Planned Parenthood is about.

Planned Parenthood is marketed as a healthcare organization that commits abortion, but when it comes down to it, abortion is its top priority, as it proved when Wen attempted to refocus its mission to health care.

Wen wrote about her awareness of the suffering many women experience emotionally from the decision to abort, and thought promoting abortion would alienate those women. Yet, she said, Planned Parenthood wanted only to focus on abortion and said women who suffered any emotional pain over an abortion were being “dramatic.”

As Insider reported, “They said acknowledging some patients’ difficulty with seeking the procedure was ‘dramatic’ since it’s common, usually simple, and generally safe.”

The very organization that promotes itself with the slogan “Care: No Matter What,” and pushes for pro-lifers to “trust women” admitted it didn’t believe that women could struggle with the decision to abort a child. Yet, a recent study found that 64% of women seeking abortions worried that they were “ending a potential life” and 68% found it difficult to think “I have to end this pregnancy.” Seventy percent said they had difficulty deciding if they should go through with an abortion.

If Planned Parenthood counselors are trained to see women struggling with an abortion decision as “dramatic,” they can’t actually provide them with real care or compassion. This has been verified by former staff and women who have obtained abortions at Planned Parenthood.

Abortion is a “moral good”

Wen also revealed in her book that Planned Parenthood doesn’t see abortion as a difficult decision or a necessary evil. She wrote that a colleague told her, “If we don’t talk about abortion openly, loudly, and proudly, as a positive moral good, then we are further stigmatizing it and the people who need it.”

Targeting innocent preborn children for death through abortion can never be a moral good, yet it’s clear Planned Parenthood believes that it is. Dismembering preborn children and then piecing them back together like a puzzle is evil.

Coupled with its push for the repeal of the Hyde Amendment, which prohibits the federal funding of abortion through Medicaid, its clear that Planned Parenthood targets minority and underprivileged women and babies for abortion and calls that a “positive, moral good.” This is eugenics and discrimination.

“I was given a choice: change, or leave,” said Wen. But before her lawyers could agree on her departure statement, the Planned Parenthood board voted her out — because the only female doctor-president in its history was not pro-abortion enough. Unsurprisingly, the board replaced her with an activist who has said she is “over the moon” about expanding abortion under the Biden-Harris administration and that abortion is “critically important” to Planned Parenthood’s mission.