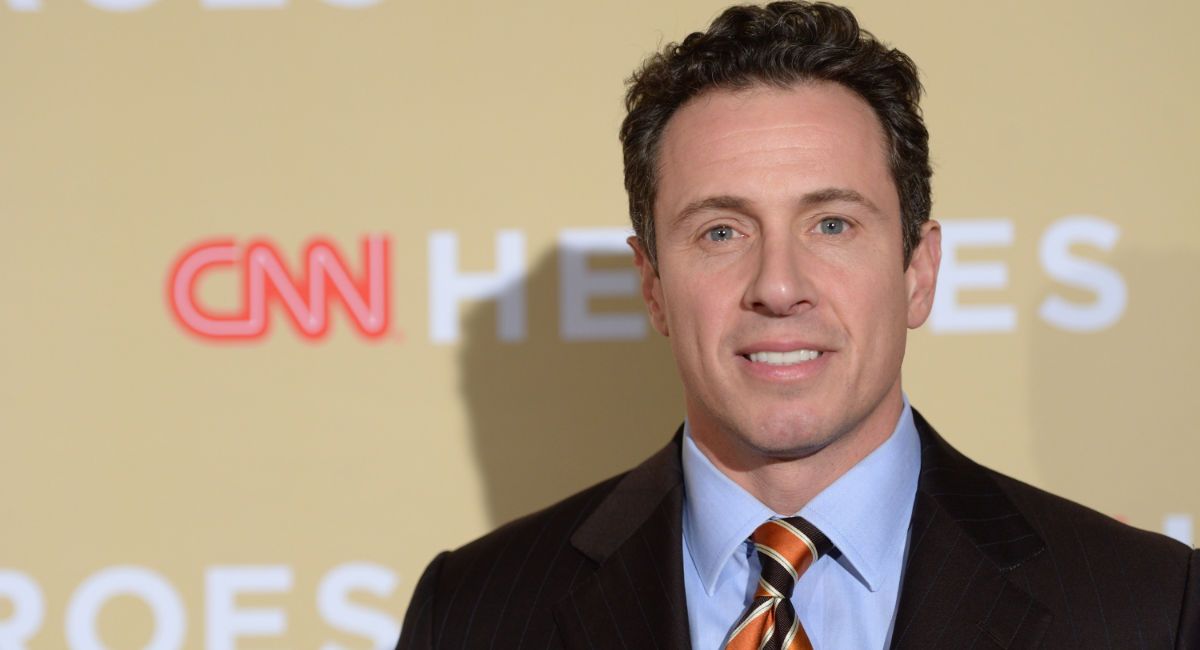 The seemingly endless stream of media lies about abortion and the pro-life movement continued this week on both CNN and MSNBC as pro-abortion news anchor Chris Cuomo and former Sen. Claire McCaskill (D-Mo.) shared their thoughts on the Supreme Court’s decision to take up the case involving Mississippi’s 15-week abortion ban. (More on that here.)

Cuomo’s claim: Protecting the preborn is “not really about science”

Cuomo’s comments on CNN May 17 were somewhat hard to follow as he claimed that protecting human life inside the womb was “not really about science” but a “political lever to use as a distraction.” Proving he has never done any actual research into the pro-life movement, Cuomo compared the fight to end abortion to voting laws and said that pro-lifers only care about “what is inside the women,” not born people.

CUOMO: Opposing abortion is "a political lever to use as a distraction from policy and solving problems."

Abortion is a problem. A deadly problem. It's not a distraction. It's a death.

And this guy compares it to asking for a voter ID? 🤡 https://t.co/zNMnwdaXjR

“Legally, [the case is about] is fetal viability. When does what is inside a woman become a person with rights under the law? You would think we would have impaneled experts on a special commission by now to see what the science says, right? But we don’t seem to have the intellectual curiosity about this issue because it’s not really about science,” said Cuomo.

“It has become a culture war,” he continued. “It’s a political lever to use as a distraction from policy and solving problems, to allow people to get up in their religion and their righteousness over any sense of what science suggests. Though medical capabilities may be moving the point of viability well short of what it was assumed to be in 1973 with Roe v. Wade. So you’d think some of the proponents of harsher measures would want the science involved.”

Cuomo then added, “Most Americans want to Court to uphold Roe v. Wade, which found women have liberty over their own body as a right to privacy […] but again it’s not about science. It’s about dividing lines, legislating to the far-right, white fright vote. […] It’s just like voting rights in one way, ya see? It seems like the far-right only cares about protecting humans before they are born.”

There’s a lot of misinformation here. Let’s unpack it.

1. Viability. The law isn’t really about viability; currently the age at which babies have been known to survive with medical intervention stands at about 21 weeks. The text of the law states that it is about the fact that preborn children by 15 weeks (and likely sooner) can feel pain and possibly feel it to an even greater depth than adults do.

Most abortions at this age are carried out using the D&E (dilation and evacuation) procedure which involves tearing a preborn child’s arms and legs from her body before crushing her skull. There is no medical need for this brutality:

2. Science. While Cuomo thinks pro-lifers need to form a science commission to determine if “whatever” is inside the womb is human or not, there is no need for such a commission because science has been telling us for literally decades that this is a human being.

If Cuomo went to the library and picked up any embryology textbook, he would see that science says these are human beings in the womb. Science will not tell us if this human being has “legal personhood,” and currently, the law does not recognize preborn humans as persons, just as it did not in the past reflect the fact that Black slaves were, in fact, persons.

3. Religion. While the pro-life movement includes members who are Christian, Jewish, and Muslim, it also includes those who do not take part in any religion. Secular Pro-Life, Atheist and Agnostic Pro-Life League, and Pro-Life Humanists are three organizations that are non-religious and pro-life.

Being pro-life is not about righteousness, it’s about saving fellow human beings — currently unprotected — from violent death, and providing women with actual help so they feel they have other options besides abortion. Studies have shown that women who choose abortion are at an increased risk for depression, drug use, alcohol use, and suicide. Pro-lifers know that abortion is bad for everyone involved.

But even if abortion had nothing but wonderful effects on the women who choose it, it cannot possibly be a moral good, because it deliberately kills human beings. You don’t have to be religious to recognize that.

4. Medical advances. Cuomo is right on one thing: medical advancements are helping babies born at younger and younger gestational ages to survive and thrive. While the age of viability has long been considered 24 weeks, babies as young as 21 weeks are capable of surviving outside the womb. Yet, it is completely legal to intentionally kill them. Why?

If a woman is suffering a medical crisis, why would a doctor take the time to kill her wanted baby before delivery when that baby could be safely and quickly delivered alive? Cuomo, to use his own words, doesn’t “seem to have the intellectual curiosity about this issue.”

5. Roe v. Wade. Polling questions that probe deeper than, “Do you support Roe v. Wade?” quickly reveal that Americans actually don’t support what Roe allows and do want to see restrictions on abortion.

Roe v. Wade and its sister case Doe v. Bolton allow abortion for any reason through all nine months of pregnancy. But that’s not what Americans want. According to a recent Marist poll, 53% of Americans who call themselves pro-choice want abortion restricted to the first trimester, which ends at 12 weeks — three weeks earlier than the Mississippi ban.

This ban is actually more in line with American’s beliefs on abortion than Roe v. Wade is. In fact, only 15% of Americans want abortion laws to remain as they currently are. In all, 76% of Americans favor heavier restrictions on abortion.

6. Racism. In his remarks, Cuomo implies that pro-lifers are racist, but critical thinking should reveal otherwise. Why would racists fight to save the lives of all babies, including Black babies who are aborted at an astoundingly high rate, and help their mothers escape abusive situations and poverty?

Pro-lifers do not want the Hyde Amendment — which has saved the lives of tens of millions of people born into low-income households that use Medicaid — to be eradicated because pro-lifers know that aborting poor and/or minority children does not aid them. Pro-lifers know that taxpayer-funded abortion leads to more abortion. This isn’t racism; it’s documented fact.

The pro-life movement is made up of people from every race. Pro-life pregnancy centers provide families with services well after their babies are born, regardless of age, race, or religion. Pro-lifers are actually the ones “solving problems,” unlike pro-abortion organizations that seem to promote abortion as the solution to everything and send women right back to their situations, even if that situation is an abusive relationship.

Claire McCaskill: Pro-lifers “will not be happy until a rape victim is put in prison”

Former Sen. McCaskill appeared on MSNBC’s “Deadline” on May 17, claiming that the goal of criminalizing abortion is really to put women in jail.

When speaking about the Mississippi case headed to the Supreme Court, McCaskill said, “[…] I don’t think younger voters remember what it was like before Roe v. Wade. […] I don’t think they realize these folks will not be happy until a rape victim is put in prison for taking the morning-after pill. That’s the road they are going down. That’s the road they’ve been trying to go down for a long time even though they are really pushing provisions that are widely rejected by the vast majority of Americans.”

Dr. Bernard Nathanson, one of the main proponents of legalized abortion in the U.S., eventually became pro-life and admitted that the actual number of illegal abortions in the U.S. was not one million as pro-abortion organizations claimed but was “approaching 100,000.” He also admitted that though he had previously claimed that 10,000 women had died from illegal abortion prior to Roe v. Wade, the real number was about 300.

In other words, the so-called “need” for legal abortion to save women’s lives was a lie based on completely fabricated statistics. By now, you’d have to be purposely ignoring this well-documented information to claim otherwise.

In fact, in 1972, the year before abortion was legalized, there were 39 maternal deaths from illegal abortions in the United States. The lives of these women and their babies mattered, but those deaths do not justify the deaths of the 66 million babies that have followed the legalization of abortion.

And, again, laws like the Mississippi 15-week abortion ban are widely supported by 76% of Americans. Abortion advocates can continue to repeat the party line that Americans support Roe v. Wade and don’t want restrictions on abortion but that doesn’t make it true.

In addition, the pro-life movement has no intentions of putting women in jail and pro-life laws have that provision built in. For example, the Mississippi law clearly states that no woman shall be prosecuted for an abortion, rape victim or not:

Mainstream media including CNN, NBC, CBS, ABC, and others repeatedly ignore negative stories about abortion, including the ever-increasing number of women who are injured and killed at abortion facilities. As the media continues to keep abortion’s dangers from being widely known, and as the Mississippi case heads to the Supreme Court, pro-abortion news anchors and political figures like Cuomo and McCaskill are likely to help grow the divide and misconceptions among Americans.