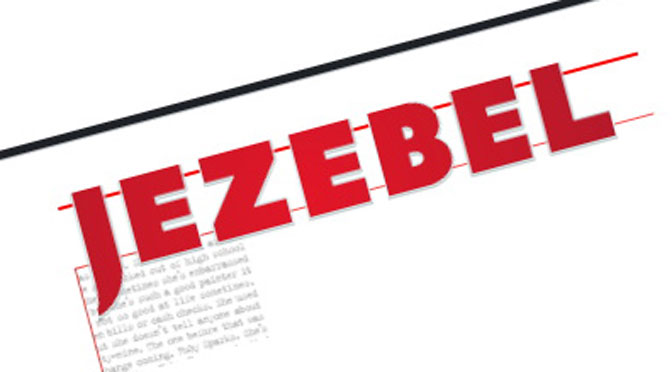 Following the announcement of Marco Rubio’s advisers on pro-life policies, Jezebel’s Anna Merlan is attacking the board as “full of weirdos” who suffer from a “profoundly limited sense of what women have the right to do.”

Yep, it’s gonna be one of those pieces.

Before digging in to the alleged weirdness, Merlan hits Rubio for “trying to pander” to pro-life voters by… articulating pro-life positions. Because it’s automatically mere politicking to disagree with Big Choice, while defending abortion is inherently sincere, no matter how much money changes hands. It’s either that or pretending we’re just in it to control women; the constant in pro-abortion dogma is that one never, ever concedes the existence of a authentic, good-faith reason to disagree with them.

Anyway, the first of Rubio’s alleged weirdos is George Mason law professor Helen Alvaré, who stands accused of opposing contraception and believing premarital cohabitation is wrong. In particular, Merlan finds it “wild” that Alvaré believes contraception leads to “increased participation in nonmarital sexual relations without any expectation of marriage.”

Uh, last time I checked, wasn’t that one of contraception fans’ own arguments for it? Sexual freedom without automatically obliging one’s self to a kid or a mate? Merlan is free to disagree on how casually one should treat sex, but these are all pretty standard socially-conservative moral beliefs. If she finds Alvaré weird, then all Merlan has proven is that she needs to get out more.

It’s also a fallacy to assume that any single advisor’s personal beliefs would automatically translate to presidential policy—nobody is interested in criminalizing cohabitation, and Rubio himself has if anything signaled he’s excessively deferential to contraception.

Second on the list is Abby Johnson, former Texas Planned Parenthood director-turned-pro-life activist. Merlan’s grievances here are especially thin—she insinuates that Johnson is beyond the pale because her Medicare fraud lawsuit against Planned Parenthood “failed,” and because she claims to have inside knowledge of Planned Parenthood’s activities that Merlan doubts she has… except Merlan can’t be bothered to specify which of Johnson’s allegations she finds implausible or put forth evidence discrediting them.

Further, what Merlan doesn’t mention is that similar lawsuits have indeed found Planned Parenthood in the wrong—45 public audits, $8.5 million in Medicaid overpayments, another $12.8 million in abuse and potential fraud, and multiple settlements for hundreds of thousands more. Somebody’s version of the truth is weird here, but it’s not Abby’s.

Next, Merlan attacks Southern Baptist Theological Seminary president Albert Mohler and Assemblies of God general superintendent Dr. George Wood for being critical of homosexuality. To which the simplest response seems to be, “Hi Anna, I’d like to introduce you to this thing called Christianity. Perhaps you’ve heard of it?”

Seriously, it’s not news that Christians generally believe homosexuality to be sinful. The only question is whether a Christian president would disrespect gay Americans or their rights, and there’s no reason to believe Rubio—or the other pro-life Christian candidates, for that matter—would. It is another irony, though—Merlan assails conservative Christians for our alleged intolerance, yet we’re historically fully capable of working in harmony with one another despite whatever disagreements we may have over other values. Meanwhile, it’s Merlan’s side that does things like devolving into hysterics against Planned Parenthood for picking one candidate over the other, despite both of them believing all the exact same things about abortion.

Merlan also dings Mohler for arguing that Christians shouldn’t do yoga. Okay, that one’s admittedly unusual, but does anyone think he’d try to nudge President Rubio into pursuing some anti-yoga national policy? Or that on the 0.000000000000000000000000000000001% chance that Mohler—there to advise him on abortion policy, remember—did try, Rubio would act on it?

Finally, if Jezebel thinks presidential advisers believing odd things is a scandal, then let’s take a quick refresher course on President Barack Obama’s own science adviser, John Holdren. Mr. Holdren, you may recall, believes not merely that fetuses aren’t human beings until birth, which would be wrong enough, but that they don’t become humans until well after birth, once they’ve had “early socializing experiences.” He has also argued against Jezebel’s precious “reproductive freedom,” writing that forced abortions, taking children away from single mothers, mass sterilization, and mandatory birth control are all policies we should seriously consider in order to combat overpopulation.

All of this is vastly more insane than the worst possible interpretation of any of the statements Merlan highlights, contains one objectively-false scientific claim, and calls for directly taking away people’s freedom far more egregiously than anything any current politician has ever proposed. And the guy has actually been advising a sitting president.

And yet, a quick search shows that Jezebel has never criticized Obama for seeking the counsel of a “weirdo” who wanted to deprive so many women of their bodily autonomy. However, their sibling Gawker site io9 did attack Republicans for daring to “lecture” such an esteemed man of “science.”