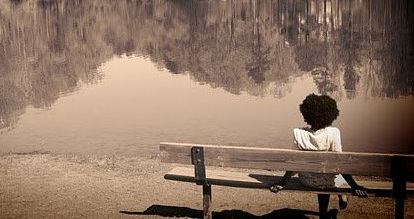 It’s not easy, but it can be done.

I’m a 30-year-old black woman who’s proudly a virgin. Living in America, in 2012, I might be seen as a triple-minority. Some think I’m missing out, depriving myself, allowing my personal and religious beliefs to stifle the passions of my soul. It’s no wonder people think that way. Our culture is sex-saturated.

When I was in high school, the MTV reality show “The Real World” was about people of different genders, races, and political and spiritual beliefs living together in hopes to challenge stereotypes and develop authentic friendships. Now the show’s more about how many attractive people can get drunk and sleep together in an episode.

Think I’m exaggerating? Look up “The Real World” on Wikipedia, and you’ll find that even they agree:

Overt sexual behavior was minimal during the show’s early seasons, relegated mostly to discussion. In subsequent seasons, the level of sexual activity greatly increased, beginning with the Miami season, which depicted or touched upon activities such as exhibitionism, frottage, voyeurism, and threesomes.

Abstinence is powerful. It’s a strong choice I make to honor my body, resist temptation, and love myself. I’m a virgin not because I haven’t had any opportunities to have sex. Our TV shows and movies often depict virgins as geeky girls and socially awkward guys who are too nerdy to get any action. In reality, those who chose to abstain are beautiful people who are taking personal responsibility for their bodies and emotions.

I don’t feel I’ve “missed out” because I’ve abstained. I have a wonderful life full of rich friendships, global travel, writing, missions work, photography, dancing, and pursuing the dreams of my heart.

It’s been a battle fighting to abstain. My decision has cost me. I’ve left relationships with guys who don’t respect my boundaries and been overlooked by men because of my values. I’ve felt out of place in conversations with friends who glorify their sex lives. I’ve thrown away movies, refused to read books, and stopped attending events where the atmosphere is filled with lust. But though I have paid a price, I’ve received a much greater gain.

Choosing abstinence has led me to a healthier self-esteem, stronger will, higher level of assertiveness, and an ability to discern right from wrong. I’ve learned that I’m valuable and worth fighting for. Waiting has allowed me to search my heart and deal with the root issues of rejection, fear, and the drive for affirmation that stems from childhood wounds. In times of doubt, I remind myself that I’m a princess who deserves respect.

I’ve stood outside abortion clinics and watched men drag their girlfriends in. I’ve talked with women who suffered from STDs and others who wish they hadn’t taken the morning-after pill. I have friends who are virgins and others who are sexually active. Hearing their stories and seeing their perspectives makes me glad I’ve chosen abstinence.

African-American woman are 3 times more likely to abort than any other race. Eighty percent of African-American children grow up apart from their fathers. That’s a whole lot of little girls looking for love and a bunch of boys trying to figure out how to be men. Masculinity is gained not by the number of sexual conquests a guy has. Giving up their bodies won’t guarantee girls the safety and commitment they’re looking for. Just one episode of MTV’s “Teen Moms” can show you that.

In the past couple of years, I’ve witnessed three weddings where both the bride and the groom were virgins. All three brides were black and strongly pro-life. The issue of abortion is connected to the issue of sexual purity. We must teach abstinence as we work toward ending abortion. I’m tired of hearing the pathetic reasoning of “Kids are going to have sex anyway, so let’s just hand out condoms.” What poor expectations we have of our children.

Some kids will have sex no matter what a parent or authority figure tells them. Others will appreciate and heed teachings on abstinence. It’s easier to give birth control, but more rewarding to invest our time mentoring children and helping them make good decisions. Allowing public school health programs, TV shows, and Planned Parenthood affiliates to teach our children about sex is dangerous folly.

Dr. La Verne Tolbert is a African-American former member of the NYC Board of Directors for Planned Parenthood. After a change of heart, she left PP and wrote a book called Keeping You & Your Kids Sexually Pure. The book is based on her research on abortion mills in public schools and how condom availability encourages kids to become sexually active.

In a L.A Times editorial piece, Tolbert wrote, “Self-control, self-respect, delayed gratification, planning for the future, building healthy friendships and other values essential to abstinence education are necessary for every area of life, not just in the delay of sexual activity. In Washington, the abstinence program Best Friends has proved to be extremely successful among African-American females. In seven years, only one girl in 400 has become pregnant.”

The Best Friends program has a curriculum that focuses on reaching middle-school girls with the message of abstinence from sex, drugs, and violence. They have proven results with their Best Men group for boys as well.

There is a quotation on their website by Dr.Barbara Dafoe Whitehead:

To reduce unwed teenage childbearing, it may be necessary to foster relationships with adult women mentors who can exercise firm guidance and give direction as well as support.

Their program gives me hope. I reject the belief that if we can’t reach everyone, than we shouldn’t try to reach anyone. We’re making a difference if we can change the life of even one child.

Many people desire to wait until marriage to have sex. Realistically, that doesn’t always happen, and some people are left with regret. There is no reason to live in shame over the past. It’s never too late to go forward. Sexual purity is possible. It’s not easy, but it’s worth it. I pray that a whole generation turns away from a sex-driven, immoral culture and embraces purity, love, and physical/emotional wholeness.