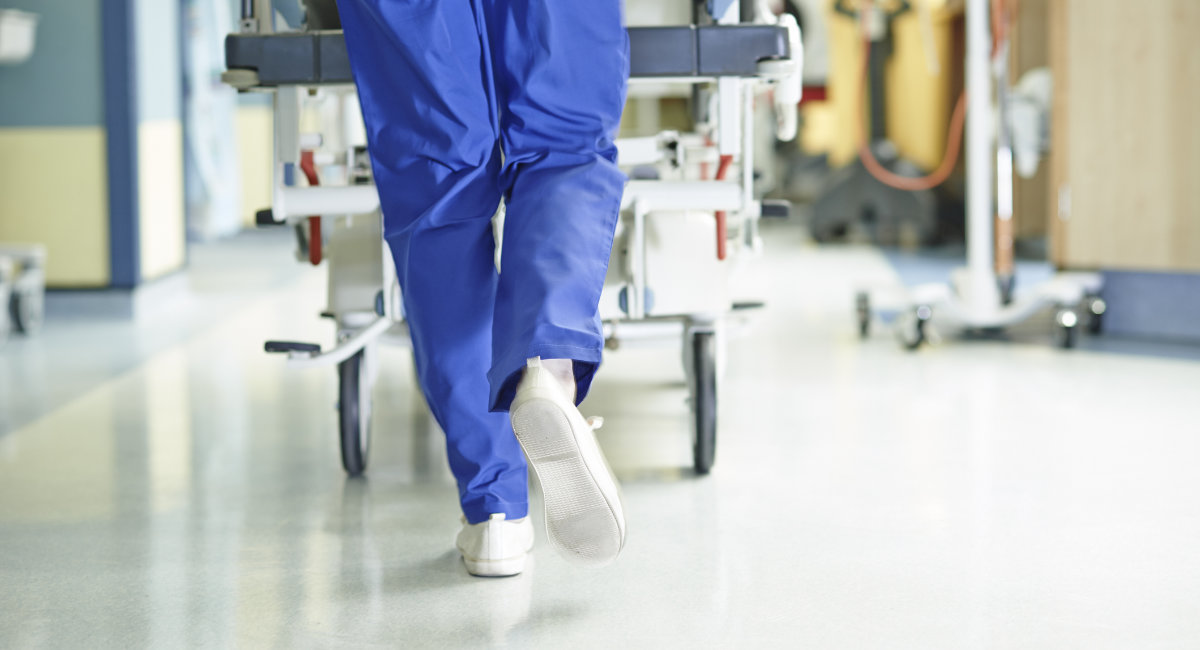 Doctors recently presented the case of a woman who took the abortion pill and was later treated in the emergency room for an undiagnosed ectopic pregnancy. But disturbingly, rather than put the onus on the abortion industry for failing to appropriately identify the potentially deadly complication beforehand, a group of medical doctors is warning ER doctors to be on alert as abortion clients present to emergency departments for care after taking the abortion pill.

Isabel Beshar (a.k.a. Belle Beshar), an OB resident at Stanford Medical School, joined co-authors Serena Liu, Kate A Shaw, and Andrea Henkel, (all MD’s), in detailing to the New England Journal of Medicine (NEJOM) the case of a 22 year-old female who presented to the emergency department with symptoms of an ectopic after procuring the abortion pill regimen from an online abortion pill dispensary. Ectopic pregnancies can be deadly for pregnant women, but thankfully, in this case, the woman survived.

Live Action News has warned about the dangers of purchasing abortion pills from unregulated virtual abortion businesses – which often spend under 10 minutes with abortion clients and do little to no follow-up. This is not health care, but it is a quick and easy way to profit from women or girls in a crisis.

It is estimated that as many as 100 such places have appeared within the United States in recent months. That number will likely grow now that the Biden FDA has enabled abortion pills to be permanently shipped by mail. Today, all that is needed to operate a virtual abortion pill dispensary is a computer, a phone, and a partnership with a certified pharmacy.

Beshar is an abortion advocate whose LinkedIn page shows that she was previously active with the Stanford chapter of Medical Students for Choice. She has also claimed that her “goal” is to “train as an abortion provider and ensure access for all patients.”

“A 22-year-old pregnant person (gravida 2, 0-0-1-0 [no term births, no preterm births, one abortion, and no living children]) who was at 5 weeks 4 days’ gestation on the basis of the last menstrual period presented to the emergency department with severe abdominal pain; 6 days earlier, the patient had used mifepristone and misoprostol that had been procured on the internet to end the pregnancy,” the co-authors wrote.

“A pelvic ultrasound showed an empty uterus and small-volume hemoperitoneum. Given the history of medication-induced abortion and the presumption that the pregnancy had been resolved, the presentation was attributed to hemorrhagic cyst rupture,” the commentary stated. But, the authors wrote, “The patient returned 6 days later with increased pain. Diagnostic laparoscopy revealed a ruptured right tubal ectopic pregnancy, which was removed without complications.”

The group’s warning sounds logical until you peel back the onion to discover that it isn’t just so-called “self-managed abortion” that could put women at risk. Even when women or teens seek the chemical abortion from abortion facilities or Planned Parenthood, these “providers” can fail to identify whether the woman may have an ectopic pregnancy before prescribing the drug.

That’s because in 2020, the abortion industry rolled out a ‘no-test‘ abortion pill protocol (planned prior to the Covid-19 pandemic), by removing all labs and testing which might identify an ectopic pregnancy before the drugs are taken by the client, despite openly admitting that the no-test “criteria are not going to rule out every ectopic pregnancy.”

Yet, would a minor girl who has never had a previous pregnancy know whether she is at risk for an ectopic? The answer is no. Still, the industry is prescribing these pills to minors via telehealth without ruling out ectopic pregnancies beforehand, putting them at potentially fatal risk.

What is an ectopic pregnancy?

According to the Cleveland Clinic, “An ectopic pregnancy happens when a [zygote] implants outside of the uterus, most commonly in the fallopian tube. The fallopian tube is not made to hold a growing embryo and can’t stretch like a uterus. This condition can lead to bleeding in the mother. An ectopic pregnancy is a life-threatening condition that requires emergency treatment.” It happens in 1 out of every 50 pregnancies, according to Johns Hopkins Medicine.

In addition, treating an ectopic pregnancy is not an induced abortion, as the intent is to save the mother, not to kill the child.

The American Society for Reproductive Medicine (ASRM) claims that “Sometimes, there is no apparent explanation for why an ectopic pregnancy has occurred. However, it is known that once a woman has had an ectopic pregnancy, she has a higher chance of having another one and should be monitored carefully if another pregnancy is attempted or suspected.”

Abortion industry gets a pass

While Beshar and colleagues wrote that “Clinicians should routinely assess beta human chorionic gonadotropin (hCG) in patients of reproductive age presenting with abdominal pain and consider the possibility of ectopic pregnancy” the NEJOM commentary made no demand that the abortion industry do a better job at ruling out the risk in the first place.

Instead the authors covered for the same industry which Beshar hopes to join, by writing, “Early data do not suggest an increased incidence of ectopic pregnancy detected after abortion with the use of no-touch [no-test] protocols. However, clinicians must maintain a high index of suspicion for ectopic pregnancy in persons presenting with suggestive symptoms, in particular in persons without confirmation of an intrauterine pregnancy before abortion,” the NEJOM commentary stated.

But, outside the ER, instead of condemning “self-managed abortion” and demanding that online abortion pill dispensaries be shut down, abortion insiders have doubled down by advising women to lie when they present to the emergency room with abortion pill complications, and simply claim they are suffering a natural miscarriage.

In response to this case highlighted by NEJOM commentary, Dr. Daniel Grossman, an abortionist and a main sponsor of clinical trials of the abortion pill, told MedPage Today that it’s “important that clinicians know what’s normal after medication abortion.”

“We always have to be alert to someone having an ectopic pregnancy if they have not had a prior confirmation of intrauterine pregnancy,” Grossman added.

But what MedPage Today failed to point out is how Grossman (an abortionist with potential conflicts of interest surrounding the abortion pill) has unethically suggested multiple times that ER doctors should falsify patient documents post-Roe. If this is done, it dampens any chance that accurate numbers on abortion pill complications or deaths will be reported as such to authorities.

And it guarantees that, once again, the abortion industry will not be held to account for injuries to women.