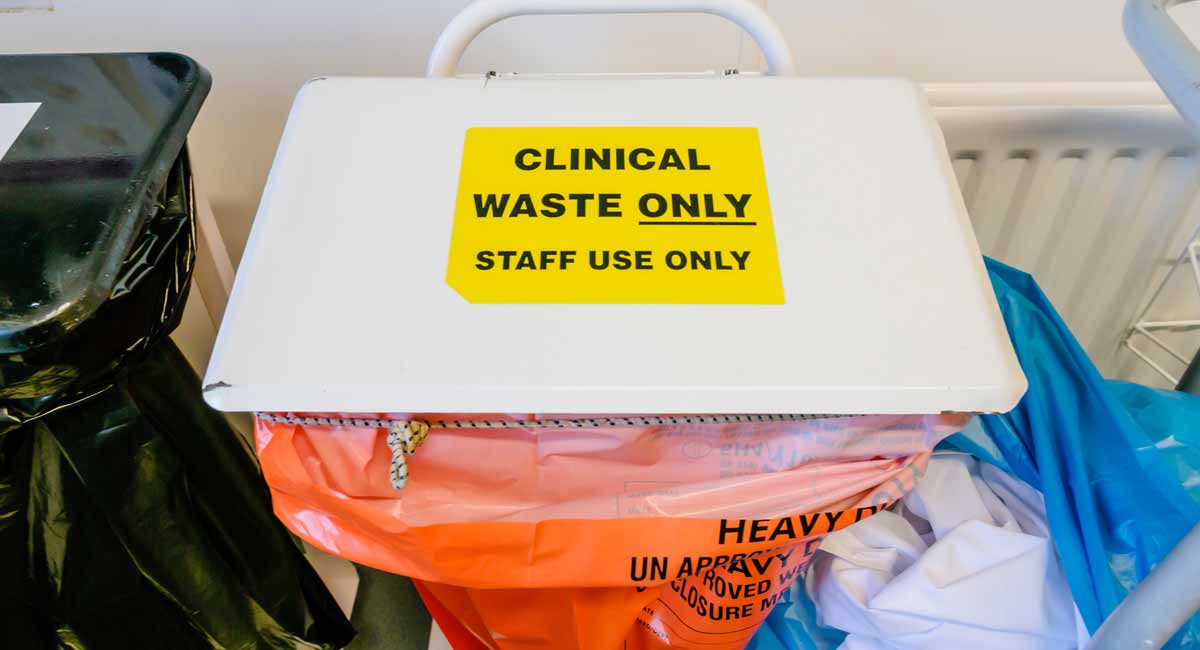 In 1973, abortion became a federal right because of the Supreme Court’s ruling in the Roe v. Wade. Since then, there have been approximately 65 million preborn children — and that means there are tens of millions of bodies which need to be disposed of by the abortion industry. What happens to all of them?

Jonathon Van Maren, a writer, public speaker, and pro-life activist, raised this question in an op-ed for The Stream. He wrote:

During a panel on abortion victim photography, someone asked us for a question we could ask that would highlight the magnitude of what abortion has cost us. Monica [Miller] paused for a moment. Then she responded. “Where do you put sixty-five million bodies?”

That question crystallizes everything. Abortion isn’t about reproductive rights. It isn’t about healthcare. It is about people. Those people have bodies. And those bodies go somewhere after they have been poisoned, dismembered and suctioned into bloody slurry. Where do they go?

There is an answer to this question, but unfortunately, it isn’t a pleasant one. The abortion industry has invented its own ways to handle the bodies of the preborn children they kill, and perhaps unsurprisingly, there is no dignity or respect involved.

READ: What does Planned Parenthood do with the bodies of babies they abort?

In 2015, Live Action News reported that in Ohio, babies were dumped at landfills. Though this was against the law, Ohio Attorney General Mike DeWine refused to do anything about it at the time, even as he admitted it was callous, inhumane and illegal.

A Michigan abortion facility was caught throwing the bodies of preborn children into dumpsters; another Michigan facility near Detroit was also found with the bodies of aborted babies in its dumpster.

Multiple abortion facilities, including Planned Parenthood, were fined over $50,000 after they dumped the bodies of aborted children at landfills. Other pro-lifers have testified about finding bodies in dumpsters behind abortion facilities.

Dumped into the Sewers

Some of the most disturbing methods abortion staffers have used to dispose of aborted children’s bodies is by flushing them down toilets or by grinding up their remains in garbage disposals. This is not only is disrespectful and callous, but also dangerous and unsanitary. Human remains are being dumped into community sewer systems on a regular basis.

Writer Sarah Terzo previously highlighted comments from former abortion worker Kathy Sparks, who said babies aborted in the second trimester were not sent to the pathology lab, because the facility was not supposed to be committing them that late in pregnancy — so her facility devised a way to cover it up. “We would put them down a flushing toilet,” Sparks said. “They had a toilet that was mounted to the wall, and it was a continually flushing toilet; it didn’t have a lid or a handle. That’s where we would put these babies. They knew that they couldn’t turn [the bodies] in [to pathology] or they were going to be found out that they were doing abortions which were too late term.”

Another story covered by Terzo involved a retired abortionist who came up with a unique solution to keep her facility’s plumbing from getting clogged with the body parts of aborted children. The abortionist hired a plumber to install an industrial-strength garbage disposal system. However, things didn’t go as planned, much to the abortionist’s irritation.

“[T]he plumber we asked to come and install a disposal system on our premises… went into the room and went to work,” the abortionist wrote. “But before the work was finished, my colleagues and I found the poor man on the floor literally sobbing at the thought of a disposal system at an abortion clinic.”

Forty-five Detroit abortion facilities were caught on undercover footage discussing why they had no issues with using a garbage disposal. Their only concern was about a backlash if the public ever learned that the facilities were putting the bodies of aborted babies into the sewers.

Abortion facilities frequently freeze the bodies of their victims, even though this sometimes violates health codes. One Michigan abortion facility owner was caught on tape saying she kept five months worth of babies in a freezer on site. Similar problems were found in Virginia, where blood and “conception material” — meaning the body parts of aborted babies — were found to have leaked out and frozen to the bottom of a freezer.

Other notorious abortionists, like Steven Chase Brigham and Kermit Gosnell, were found to have the bodies of babies they aborted — often past 30 weeks — kept in freezers.

Incinerated and Burned in Bonfires

Several years ago, there was widespread shock and scandal after it was discovered that babies aborted in Canada were being used in Oregon to provide electricity. This disturbing scheme involved burning the bodies of the babies at the Covanta Marion waste-to-energy facility. There, the facility burned waste — in this case, human remains — in two boilers, which generated heat. The heat transferred into water tubes, which creates steam to drive turbines, which then generated electricity. An estimated 800 tons of medical waste were burned each year.

Additionally, an Oklahoma abortionist was discovered burning babies’ bodies in a field. His attempt was unsuccessful, leaving nearly 200 partially burned bodies behind. The abortionist in question was not prosecuted, and went on to commit more crimes throughout his career, eventually losing his medical license.

A driver for Stericycle medical waste disposal also spoke of his experience with the bodies of aborted babies, which he said were “fried in the big oven” after they were collected from abortion businesses.

After abortionist Ulrich “George” Klopfer died, the remains of 2,246 aborted children were found in his home. Another 165 remains were later found in his car.

In another case — this time involving an unknown abortionist — approximately 17,000 preborn babies were found in a storage container in 1982, some of whom had been killed after they were old enough to survive outside of their mother’s wombs. “I couldn’t believe — just little bitty babies… all torn to pieces. The heads chopped off — arms, legs,” said one of the men who found the bodies. “It just makes you sick seeing something like that. Really, you know, makes you want to cry to see something like that.”

Michael Roth, a Michigan abortionist, was arrested after he was found with multiple containers of aborted children in his vehicle, along with various controlled substances. Two different Planned Parenthood facilities in Pennsylvania were caught storing preborn babies’ bodies in janitors’ closets. But perhaps the most notorious trophy-keeper is abortionist Kermit Gosnell, who kept the bodies of aborted babies in his freezer and also kept several body parts — like feet — in specimen jars.

The abortion industry acts as if it works on behalf of women, providing legitimate health care. But legitimate health care providers do not purposely deprive human beings of their lives, and when their patients die, their bodies are treated with respect. An industry whose entire profit model revolves around the taking of innocent, vulnerable lives is not likely to do the same.