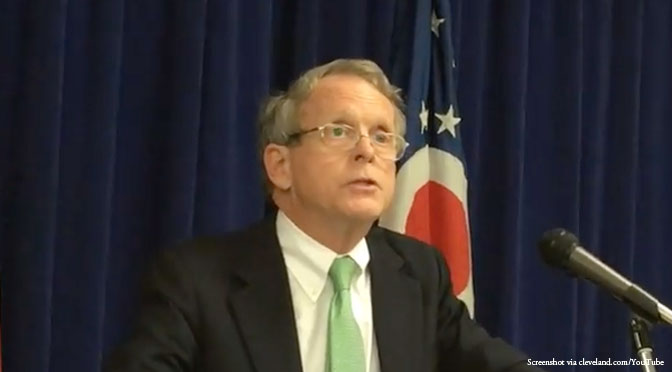 Last week, Ohio Attorney General Mike DeWine announced that his office had opened an investigation into Ohio’s three Planned Parenthood clinics, and discovered that they were throwing the bodies of aborted babies into landfills. DeWine originally planned to sue Planned Parenthood over the scandal, but as soon as Planned Parenthood flexed their legal muscle, DeWine backed down…

He prepared to sue Planned Parenthood Monday, but attorneys for the abortion clinics filed a lawsuit in federal court Sunday instead. On Monday, U.S. District Court Judge Edmund Sargus blocked DeWine and the Ohio Department of Health from enforcing a potentially ambiguous requirement that fetal remains be disposed of in a “humane” manner.

“At Planned Parenthood, we remain focused on providing care to the women in Ohio who count on us,” Lawson said.

So as usual, Planned Parenthood gets caught breaking the law, and gets away with it, with no repercussions whatsoever. It’s sickening that they’re able to literally throw the bodies of preborn babies away in the trash, and Ohio officials will do nothing about it.

What makes this so frustrating, though, is that we have actual proof of wrongdoing, and yet there is still no one willing to stand up to them and hold them accountable. What exactly does Planned Parenthood need to be caught doing before lawmakers will act?