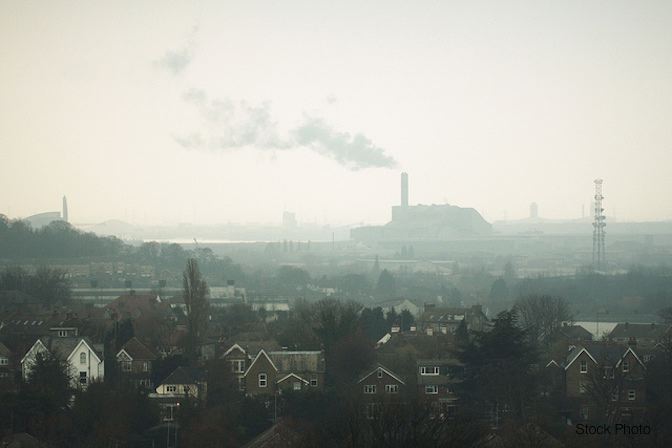 According to Renee Chelian, the owner of abortion facilities in Michigan, the abortion industry has a fetal disposal problem. It just can’t figure out how to get rid of its leftover baby parts.

In undercover videos presumably leaked by a Washington staffer to Got News, the Center for Medical Progress team records the horrifying discussions taking place in the abortion industry when abortionists, staff, and clinic owners gather at a national conference. The videos show abortion providers sharing ideas on how to dispose of dead babies.

Starting in July with the first CMP undercover video, we saw babies picked apart for their organs in pie pans, and now we find out even more stomach-churning information about what happens to the babies who aren’t harvested.

As Live Action reported last week, abortion providers believed to be attending the National Abortion Federation (NAF) convention admitted that in Detroit, “many” of the nearly 45 abortion facilities routinely flushed baby parts into garbage disposals and out into the sewer system because it was cheap and legal, according to an archaic law. (See video below starting at 25:10.)

Abortion clinic owner, Renee Chelian, tells the crowd that Michigan has “some of the worst laws and the loosest laws in the country on medical waste, ” allowing practically anyone to handle medical waste. Upon investigation, Chelian found that funeral homes and crematoriums charged $150 per patient. “So who was gonna pay for this?” she asks.

The garbage disposal was the completely legal option, which made me sick to my stomach, because there were about 45 clinics in the Detroit metropolitan area, and many of them were using garbage disposals, so I was busy contacting everybody that I could, that, “You have to stop. This cannot be–if this cannot be on the front page of the New York Times, you shouldn’t be doing it. Any of you.” And they consistently showed me like a 40-year-old law in Michigan that said pathological waste was fine to go in the sewer system. I couldn’t really argue with them.”

So because flushing babies into the sewer system is technically legal, it’s okay – at least to abortion industry workers where money is the bottom line. The entire discussion over disposal has two common denominators: cost and public relations. Nowhere do these workers express concern for women traumatized by abortion or for the babies themselves.

Instead, the goal is to seek out the cheapest and easiest way to get rid of dead human baby parts. The funeral home option, Chelian says, didn’t work out for a few reasons. For one, the funeral homes wanted her to leave:

I started visiting funeral homes, who ultimately started talking about how much a body weighs, before they could figure out how much it was gonna cost, and then we had to go from pounds to ounces, and they were like, “We don’t even know how to charge for this.” And they showed me a body bag, and I was like, “Dude, we need to go to like, a Tupperware container.” [audience laughter] In which case, we started talking about the freezer jars we use, which really freaked them out, because all the fetal tissue was mixed together, after we do a POC (Product of Conception) check, and they were, they just wanted me to leave.

And when a funeral home wants you to leave, it says a lot about the population you’re handling.

So abhorrent is the abortion business that even those licensed to deal with the dead could not handle them. Jokes about babies in Tupperware containers may float with a bunch of people who earn their living off killing them, but even a mortician finds it despicable and intolerable. If anything shows how out-of-mainstream the abortion business is, it’s this comment.

Not to be deterred, Chelian considered, instead, opening a crematorium to do her own disposals. She thought her clinics could perhaps buy a plot in Detroit for incinerators and just burn up the remains of the dead babies personally:

So we tried to figure out, if we tried to put an incinerator in on our property, would the city let us? Or would they just assume the abortion clinic was gonna be burning fetal tissue and there’s no way in hell they would have given it to us. Were we gonna have to go into inner-city Detroit and get a lot, and put an incinerator there? …

Another fun thing, we could have a bunch of clinics buy an incinerator, and then we could just go pick up for each other, if we all got a license, I mean talk about working with the competition. What kind of permits do you need? How do you keep an incinerator? How do you clean it? …how big? How much? I  mean, there’s a difference between, do we have to do one D&E, or a whole jar of 1st trimester patients?

I mean, I’m serious, there is, when you look at incinerators, for cremation, the website descriptions are, small cat, small dog, larger dog. So we were looking, trying to compare our jars to larger animals you might incinerate. We don’t think we need one big enough for a horse [audience laughter].

As we’ve seen for months now, these babies’ body parts can earn money for abortion facilities when they sell to companies like Stem Express and Advanced Biomedical Research, turning a profit from the bloodshed. But once that’s done – or if a clinic isn’t connected to baby body part harvesters – they have to somehow get rid of what’s left. Thus, their brainstorming for new ideas on how burn or dispose of the remains of a baby.

The abhorrent, despicable nature of the abortion business – so deeply focused on death at all costs – has been revealed to a deeper degree than ever with the inside footage from the NAF convention.

Of course, the NAF knew how their own words would be perceived, which is why they sued to keep the footage from being released in the first place. The fact that this full footage may have been leaked illegally by a Washington staffer doesn’t make the information untrue, as some would assert. In fact, these videos can’t even be subject to the abortion industry’s favorite claim of “highly deceptive editing” since the videos are raw footage.

The truth is that the abortion industry knows they are killing babies for money, but their biggest concern is how to get rid of the unnecessary parts of children while maximizing their own profit.

Sometimes that means dumping bodies down a garbage disposal  and feeding them into the city sewer system – ensuring that the city’s very undercurrent is the innocent blood of babies.