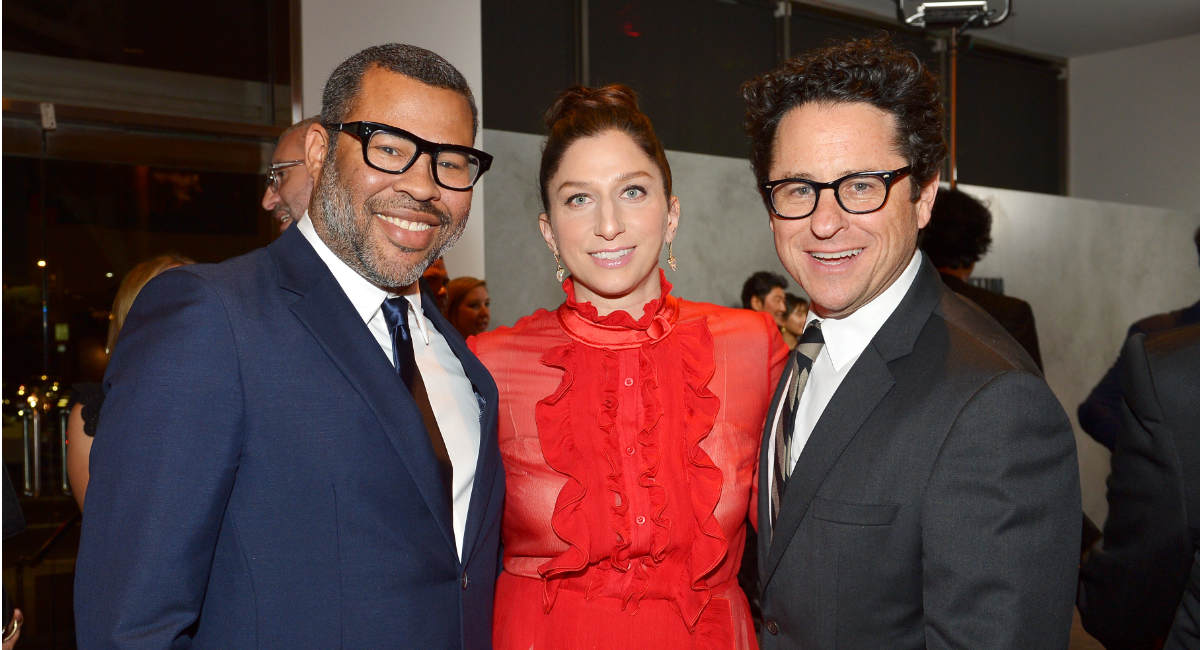 Nearly 600 men in the entertainment industry have penned a brief letter to studio executives demanding that they fund abortion travel for pregnant employees due to the “imminent workplace-safety crisis created by the overturning of Roe v. Wade.”

According to Variety, the letter was sent by 594 men — including J.J. Abrams, Bill Hader, Larry David, Jordan Peele, Greg Berlanti, Patton Oswalt, and David E. Kelley — to studios including Disney, Netflix, Warner Bros. Discovery, Paramount, Apple, NBC Universal, Amazon, Lionsgate, and AMC. The majority of these studios have already confirmed they will pay for their employees to travel for abortions.

“Abortion access doesn’t only affect people who can become pregnant,” states the letter. “It affects us all.”

Pro-abortion men benefit from open access to abortion, which allows them to avoid the responsibility of caring for the children they helped to create, often treating the mothers of those children as mere sexual objects. If the women they create children with become pregnant, it behooves these men to ensure those women have access to abortion that is paid for by their employer. The men’s expectation for women to have abortions coupled with the additional demand that the studios help to pay for those abortions can serve as further coercion for women to abort.

In a survey of women who sought post-abortive counseling, 73% said they felt some level of pressure to have an abortion. Another study found that up to 64% of abortions are committed under coercion.

History of forcing women to choose

Decades ago, pro-choice men latched onto the notion that it was “her body, her choice” when it came to abortion. This meant that when a woman became pregnant, he no longer had to marry her and provide for their new family. It took the pressure of fatherhood and marriage out of the man’s hands and put it into the woman’s. If she chose to not have an abortion, it was her choice and taking care of the child was then her sole responsibility. After all, she could have had an abortion.

Kaivan Shroff exemplified this mentality in an article entitled, “Men like me benefit from safe abortion access” in which he said he needed any woman he uses for sex to have an abortion because: “I’m not in a relationship,” “I haven’t built a nest egg,” “I want to eke out and enjoy every last minute of my 20s,” and that the “security” of knowing abortion is accessible “informed my approach to sexual exploration and relationships.” In other words, Shroff wants to have sex with whomever he chooses whenever he chooses with zero commitment and easy access to abortion so that he can avoid adult responsibilities.

The entertainment industry’s relationship with abortion

When it comes to Hollywood and its relationship with abortion, the pressure from studios and male executives has been shown to be intense. The entertainment industry has a long history of treating actresses as if they are owned by studios — with abortion used as a tool to keep the studio’s income flowing. As far back as 1922, actresses had “morality clauses” written into their contracts, and unplanned pregnancies were in violation of studio policy. Mothers weren’t “glamorous” in Hollywood’s eyes, and therefore, actresses were frequently coerced into abortions.

More recently, “Buffy the Vampire Slayer” and “Angel” actress Charisma Carpenter opened up about alleged abuse she suffered at the hands of show creator Joss Whedon while she was pregnant. Carpenter claims Whedon asked her if she “was going to keep it” and accused her of “sabotaging the show.”

Actress Jamie Lynn Spears also said she was pressured to have an abortion when she was 16 because she was told having a baby would “kill your career.” Likewise, singer Sinead O’Connor was told to have an abortion. A record executive told a doctor to advise her, “Your record company has spent £100,000 recording your album. You owe it to them not to have this baby.”

Other women in entertainment, including Saturday Night Live cast member Cecily Strong, actress Michelle Williams, actress Busy Philipps, and singer Stevie Nicks, have all said that if it weren’t for their decisions to kill their children before birth, they would not have been capable of having successful careers. This seems to be a tacit admission that the entertainment industry discriminates against women who choose to give birth, and yet it is painted as empowerment for women.

The true “workplace-safety crisis” that exists in the entertainment industry regarding abortion is the one that continues to put women and children in danger: coerced abortion. Hollywood’s historic pressuring of women to sacrifice their children’s lives for the financial profit of the industry — coupled with the current male entertainment industry executives openly throwing their support behind the studios and abortion coercion — is not elevating the status of women who would choose motherhood if they knew it would not harm their careers.

Without women’s access to abortion, it is men who would have to be the ones to make the choice to either care for their children or abandon them. Rather than face that choice and risk tarnishing their own image, it appears that men in power would rather ensure that women are further pressured toward abortion… under the guise of empowerment.