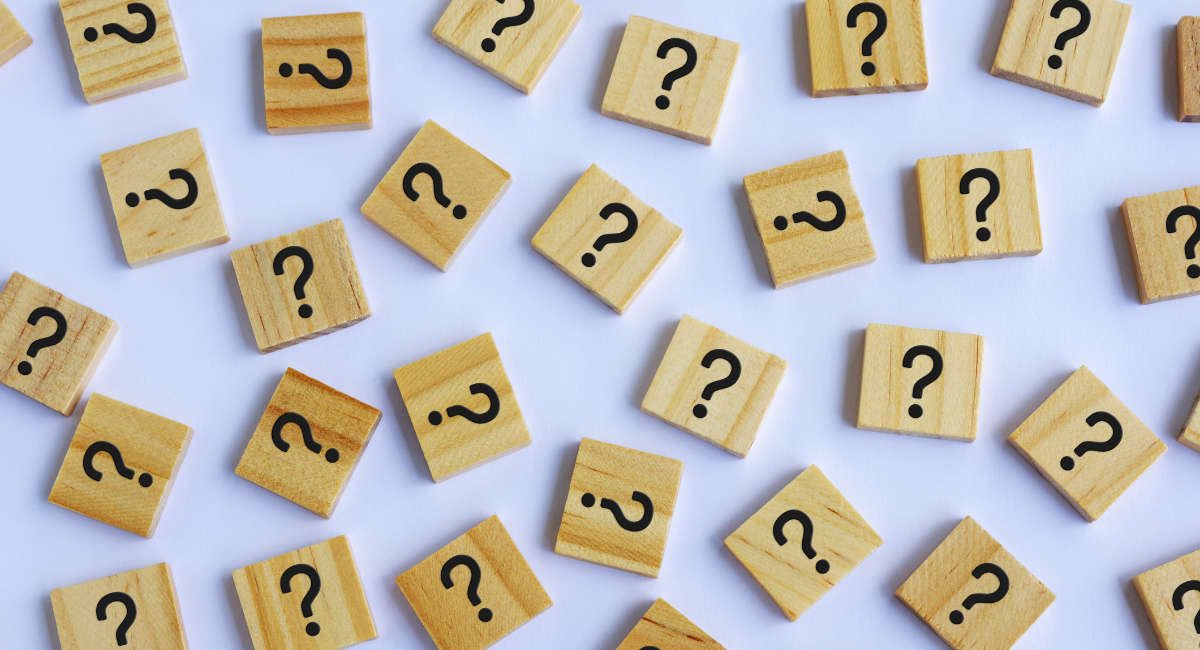 Abortion advocates in the media and on social media have unleashed a barrage of myths about pro-life laws since Roe v. Wade was reversed on June 24. The misinformation is creating a wave of fear across the nation, as compassionate Americans now fear women will die and children will be born into abuse and neglect if abortion is not legal and on-demand through all nine months of pregnancy.

Yet none of these myths are true.

MYTH: Treatment for ectopic pregnancy will not be allowed.

One of the most common myths spreading about pro-life laws in a post-Roe world is that women will not be able to receive treatment for ectopic pregnancy, which would kill them. This is completely false.

These rumors are untrue; any woman who suffers an ectopic pregnancy has a right to the health care that will save her life.

MYTH: Pregnant women whose lives are in danger will not be allowed to receive treatment.

There is never a medically necessary reason to have an abortion because other procedures exist in order to save a woman whose life is at risk during pregnancy. Legally, an abortion is the act of intentionally killing the embryo or fetus prior to delivery, therefore, if the woman’s life is at risk, the doctor can induce delivery or carry out an emergency C-section to save the woman’s life without purposefully killing the preborn child.

There will be tragic situations in which the child is too young to survive outside of the womb, but in situations necessitating early delivery where there was never an intent to kill the child, the procedure is not legally considered an abortion. In addition, the majority of pro-life laws carry an exception for the mother’s health and life.

Essentially, no doctor has to deliberately kill one patient in order to save the other. A pregnancy can end without the intentional killing of the child, but an abortion carries the goal of ensuring that the child is dead.

MYTH: Treatment for miscarriages will not be allowed.

Another myth is that if a woman miscarries, she won’t be able to undergo surgery to remove her deceased child if the miscarriage does not progress on its own. This is also untrue.

Pro-life laws are clear that an abortion carries the intent to cause the child’s death. In a miscarriage situation, if the child has already died, removing his or her body is important to ensure the mother’s continued good health, and no pro-life law prevents a doctor from carrying out a D&C or other surgery to remove the miscarried child’s remains from the mother’s uterus to prevent illness or infection.

MYTH: Health apps will track women’s menstrual cycle data in order to prosecute them for abortions.

In today’s world, it seems every piece of technology is tracking every move a person makes, from their cell phone to their fitness watch. Suddenly, abortion advocates are instilling fear that any woman who uses a period tracker will be watched by authorities for any signs that she may have had an abortion based on changes in her menstrual cycle as she tracks it.

This idea is little more than fear-mongering, especially since women have their information everywhere already, and a text message to a friend about a pregnancy — or a search online for the abortion pill — would provide more “evidence” to anyone seeking to prosecute someone for an abortion more than tracking someone’s (potentially extremely irregular) menstrual cycle would.

MYTH: Women will be prosecuted for miscarriages.

As stated above, removing the remains of a preborn child who is already deceased is not an abortion; neither is a natural miscarriage, because in that case, no one committed an act intended to kill the child.

While increased use of the abortion pill makes it harder to tell if a woman has had an abortion or a miscarriage, none of the current pro-life laws aim to punish the mother for the abortion. Under current laws, a woman would not be prosecuted for a miscarriage or an elective abortion.

As reported by Secular Pro-Life, if there is any investigation into the death of a preborn child, it is most likely because the child’s death is linked to a crime separate from an illegal abortion, such as drug use or infanticide, or instances in which a baby is found in a dumpster.

While abortion advocates point to El Salvador as an example of women being jailed for miscarriage in a pro-life nation, the truth is that those women serving jail time have actually killed their newborn babies horrifically by stabbing, strangulation, and other means (as the graphic photos prove). They have not been jailed for miscarriage, but for the infanticide of newborn babies.

Statistics show that the maternal mortality rate will not increase if abortion is restricted. Countries that legalized abortion like the U.S. have actually seen their maternal mortality rates (MMR) increase over time, while countries that banned abortion have seen a decrease in maternal deaths. For example, in 1972, the year before Roe, 18.8 of every 100,000 women died during or within one year of giving birth. By 2020, that number had grown to 23.8 women per 100,000 births.

However, in nations that chose to protect human beings in the womb, the opposite occurred. For example, El Salvador did so in 1998. The country’s MMR was 155 per 100,000 live births while abortion was legal, but dropped to 46 per 100,000 live births after abortion was made illegal. And since Poland restricted abortion in most cases in 1989, the MMR has declined from 17 to two.

MYTH: More children will suffer in the foster care system if abortion is restricted.

Another common claim is that more children will enter the foster care system if abortion is banned. But children aren’t born directly into foster care unless an issue is discovered at birth in which it is clear that the child must be moved to a safe home. Women who choose adoption while pregnant are able to handpick the adoptive parents of her baby because there are 36 families waiting to adopt for every one child placed for adoption.

In addition, though the foster care system has its flaws, it is not a fate worse than death. No child should be killed out of concern that she might go into foster care or might experience suffering in life. What is needed is reform of the foster care system and for more people to step up to help these vulnerable children rather than argue that they should have been killed in the womb.

MYTH: Women won’t be able to control their lives/futures/careers without Roe.

It is anti-feminist to tell a woman she needs to kill her growing child in the womb in order to succeed, or because she is too young. Women are inherently equal to men — contrary to pro-abortion claims, legalized abortion does not “make” women equal to men — and the fact that women have the ability to carry a child does not somehow make them less than men.

Rather than liberating women, abortion has turned women into oppressors, on the level of the worst of men who abandon the children they help to create. Just because men have been allowed to abandon their children without consequence doesn’t mean woman should be able to kill those children before birth. Instead, men should be held more accountable.

When a woman becomes pregnant, resources should already be in place for her at her university, her school, or her company to ensure she and her children have what they need. Legally, a pregnant student is entitled to special accommodations from her university or school under Title IX, and no woman can legally be fired for being pregnant or being a mother.

If businesses are going to employ women as they should, they must recognize the value of women and mothers in the workplace. They can show their respect for mothers by providing solid health care, nursing and pumping rooms, in-house daycare, paid paternity and maternity leave — and by monetarily rewarding people fairly for their hard work.

No one can predict the future, and woman’s life can be impacted by any number of things. But women are capable of adapting and changing and growing — and they never have to kill their babies in order to continue to pursue their dreams and goals.

Abortion has never been safe — one person always dies in the process. But the reality is that there are no solid statistics on just how dangerous legal abortion is for the millions of women who have sought them since Roe. Only about half of all states even report complications from abortions — complications which can include uterine and cervical perforation, hemorrhaging, incomplete abortion, infection, infertility, and even death.

With Roe in place, abortion advocates were already moving to make abortion even more dangerous than ever.

This leaves women vulnerable to the dangerous risks of the abortion pill, which has been found to be four times more dangerous than a first-trimester surgical abortion. Mail order abortion pill sales encouraged by the Biden administration are likely to lead to more abortion-related injuries for women… and more coerced or forced abortions.

MYTH: Contraception will be banned.

While there are some birth control devices and pills that have the potential to function in an abortifacient capacity, Justice Samuel Alito made it clear that contraception will not be banned under the Dobbs ruling that overturned Roe v. Wade and Planned Parenthood v. Casey. In the court’s majority opinion, he wrote, “Roe’s defenders characterize the abortion right as similar to the rights recognized in past decisions involving matters such as intimate sexual relations, contraception, and marriage, but abortion is fundamentally different, as both Roe and Casey acknowledged, because it destroys what those decisions called ‘fetal life’ and what the law now before us describes as an ‘unborn human being.'”

The opinion continues, “Nothing in this opinion should be understood to cast doubt on precedents that do not concern abortion.”

MYTH: Most Americans were against overturning Roe.

Polls are being used to create the false impression that most Americans were against the overturning of Roe v. Wade, but when more detailed polling is analyzed, a different picture emerges. According to a 2019 Gallup poll, about 60% of people believe abortion should be restricted to the first trimester. Support for abortion declines to less than 33% in the second trimester, yet Roe and its sister case Doe v. Bolton allowed for abortion through all nine months of pregnancy and forced states to allow abortion until at least 24 weeks (six months).

The bottom line when it comes to dispelling myths is this: The best thing to do when trying to understand an abortion law is to read the law itself without the media spin.