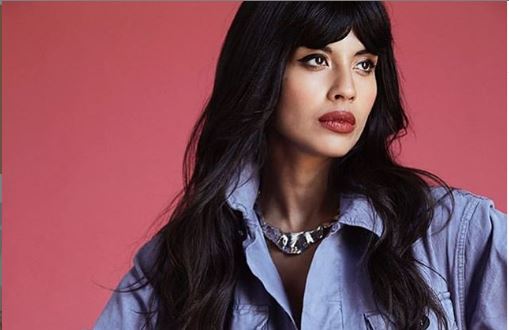 Celebrities continue to panic about Georgia Governor Brian Kemp signing a bill into law banning abortion after a heartbeat can be detected, which can be as early as six weeks gestation. Celebrities, led largely by actress Alyssa Milano, have been threatening the state with boycotts and sex strikes, and now, “The Good Place” actress Jameela Jamil has chimed in as well.

Jamil, who is notoriously outspoken on cultural and social issues, wasted no time in firing off a response on social media. Writing on both Instagram and Twitter, Jamil admitted that she had an abortion, but called it “the best decision I ever made…. Both for me and for the baby I didn’t want, and wasn’t ready for, emotionally, psychologically and financially.”

It is a tragedy that Jamil, like many other women, felt her only option was to have an abortion when she experienced an unplanned pregnancy. What Jamil seems to miss is that abortion doesn’t free women; it’s a sign that women are being failed. What Jamil needed was not abortion; she needed support, the ability to have her child without having to sacrifice her well-being.

Abortion is a sign that societal misogyny is still thriving, and it’s disappointing and hypocritical for someone who identifies as a feminist to fail to see or acknowledge that.

Jamil also argued in her Instagram post that Georgia’s pro-life law is “inhumane” and “a punishment for rape victims, forcing to carry the baby of their rapist.” She complained, “I can’t imagine having fallen pregnant and being FORCED BY LAW to carry his baby to term, and see someone who looked like him every day, otherwise I can get the death penalty?!”

This is factually inaccurate; like most pro-life bills, the penalty does not fall on the mother, but on the abortionist who commits the abortion, so women would not be investigated, or prosecuted or potentially face the death penalty for an abortion in Georgia.

Jamil also made the inaccurate argument that women need abortion, just in case they’re raped. While rape and sexual assault are horrific crimes, a preborn child conceived as a result of the crime is innocent. It’s abhorrent to punish an innocent human being for a crime someone else committed.

Abortion doesn’t heal the trauma of rape. Studies show that the vast majority of rape survivors do not choose abortion. Many of them say that giving birth helped them to heal from the rape. Choosing life brings something positive out of terrible trauma, an opportunity to find love and hope. Abortion after rape is violence on top of violence.

But the comment that garnered instant criticism for Jamil was a remark targeting children in foster care. “So many children will end up in foster homes. So many lives ruined. So very cruel,” she wrote. Those responding noted that it is classist and ignorant to assume someone is better off dead than living in a foster home. She tried to backtrack in another tweet, writing, “…if Georgia becomes inundated with children who are unwanted or unable to be cared for, it will be hard to find great fostering for them all.”

Again, none of this is based on fact. There is no shortage of people willing to adopt children. It’s estimated that as many as two million couples are seeking to give a home to a child each year. That works out to about 36 couples for every one child placed for adoption. When a child is placed for adoption at birth, she goes directly to an adoptive family – not foster care. Regardless, living in a foster home doesn’t mean a person’s life is not worth living. Rather than advocating for better resources for foster parents or improvements to the system, Jamil claims it’s better for these children to have never been born.

Is there anything compassionate or feminist about that?