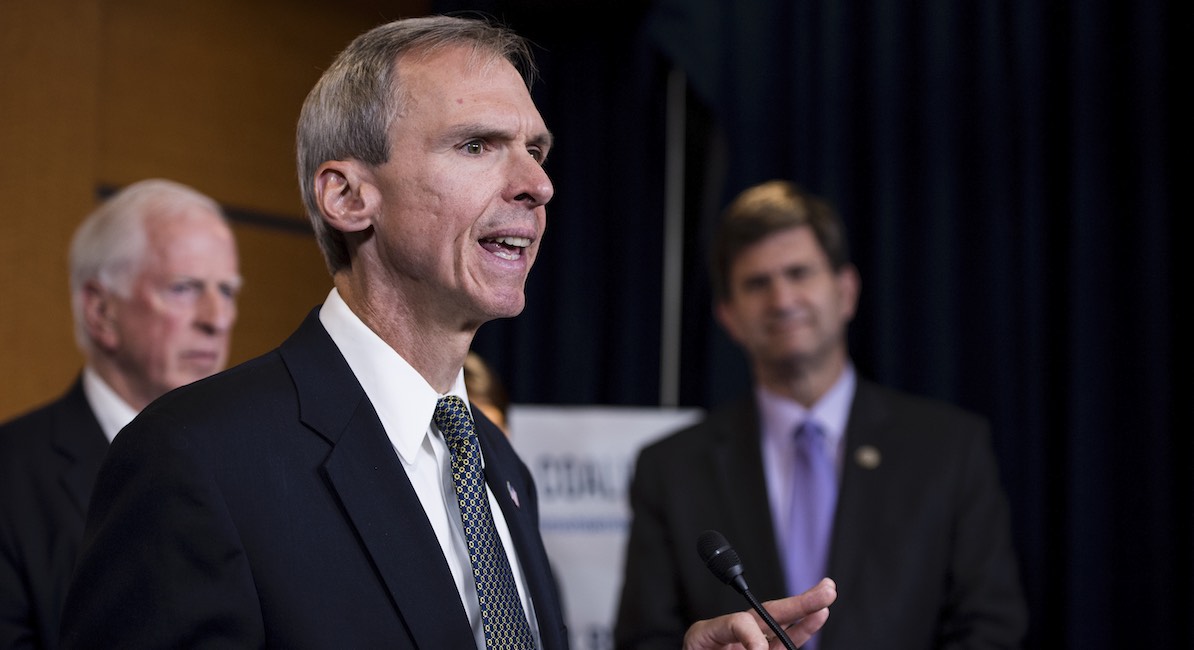 In a neck-and-neck race to the finish, eight-term U.S Representative Dan Lipinski of Illinois appears to have lost his bid for re-election in the Illinois primary race on Tuesday, due in large part to his pro-life stance on abortion.

National Review reported early Wednesday morning that the results from 494 of 500 total precincts suggested that Lipinski lost by a mere 3,000 votes, representing roughly a 2-3% win. Lipinski will likely be succeeded by Marie Newman, a former marketing consultant and staunch abortion advocate who secured major endorsements from abortion advocacy organizations like NARAL and EMILY’s List, as well as high-profile progressive politicians such as Democratic presidential candidate Bernie Sanders of Vermont and Rep. Alexandria Ocasio-Cortez of New York. The Super Tuesday faceoff was a rematch of the 2018 primaries, in which Newman narrowly lost the 3rd Congressional District seat — which includes a large portion of Chicago and the southwest suburbs — to Lipinski.

READ: These lawmakers have had their character questioned… just for being pro-life

According to the Daily Wire, polling experts suspected that the coronavirus outbreak in Illinois, which topped 100 confirmed cases on Tuesday, may have kept many senior citizens, a substantial portion of Lipinksi’s supporter base, at home.

I am bursting with pride and gratitude for the amazing coalition that helped bring about much needed change in our district. We are going to work together to lower health care costs, to fight climate change, and to build an economy that works for everyone. #NewDayInIL03 #IL03

The contest was notable for the in-fighting it generated within the Democratic Party of Illinois, primarily over the issue of abortion. The Daily Wire noted that members of his own party turned on Lipinski, who had voted to defund Planned Parenthood, had spoken at the Chicago March for Life as well as the Washington, D.C., March for Life — basically failing to support his party’s abortion platform. Rep. Cheri Bustos, head of the Democratic Congressional Campaign Committee, was even pressured into cancelling a planned fundraiser for Lipinski.

In Illinois and nationally, pro-life Democrats face increasing ostracization from party leaders, as evidenced by former presidential candidate Pete Buttigieg’s refusal to answer the question of whether there is room for pro-lifers in the Democratic party. In January 2020, Live Action News reported on a sit-in at Lipinski’s Lockport, Illinois, office by some 30 protesters opposed to his signature on a pro-life amicus brief filed in the Louisiana abortion admitting privileges case currently before the Supreme Court (June Medical Services v. Russo).

Marjorie Dannenfelser of the Susan B. Anthony List commented on the upset in a statement for National Review:

Congressman Lipinski has long been a profile in courage, bucking the sad trend of Democrat leaders vying to be the greatest advocate of abortion. We are deeply grateful for his bravery in standing strong. The expulsion of this pro-life hero from Congress by his own party is an ominous sign for pro-life Democrats and all who long to see both major parties hold a principled stance in favor of life.

While Newman celebrated on social media Tuesday evening, Representative Lipinski had not yet conceded the race as of Wednesday morning, saying that he was waiting for absentee ballots and write-in ballots to be counted. The remaining pro-life Democrats include Rep. Collin Peterson of Minnesota, Pennsylvania Senator Bob Casey, and West Virginia Senator Joe Manchin.