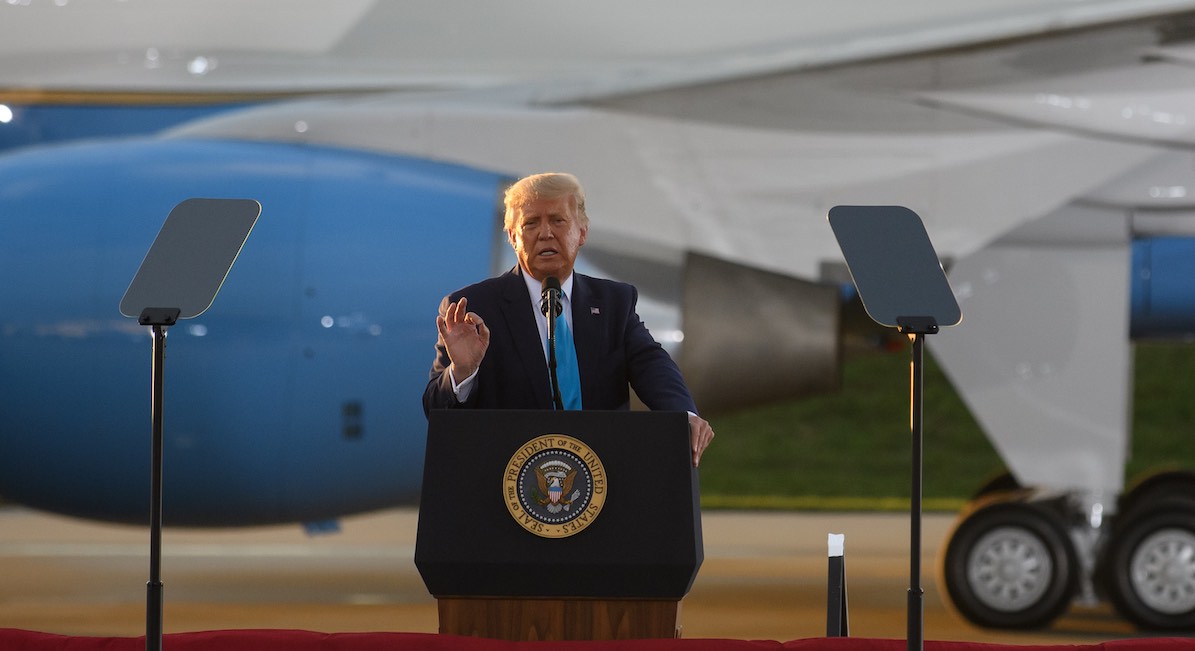 In a letter to pro-life leaders and activists, President Donald Trump highlighted his administration’s pro-life achievements over the last four years and promised another four years of pro-life work, should he win reelection in November.

Among his promises in the letter, dated September 3, is to work to “fully defund the big abortion industry such as Planned Parenthood of our tax dollars.” Planned Parenthood committed 40% of U.S. abortions in 2018 with a record-high 345,672 abortions, despite an overall national decline. The corporation also receives more than half a billion dollars in federal taxpayer funding annually.

Additionally, Trump stated that should Congress pass the Pain-Capable Unborn Child Protection Act, he would sign into law. This Act would protect preborn children in the United States from abortion after 20 weeks of pregnancy. He also stated that if passed, he would sign into law the Born-Alive Abortion Survivors Protection Act, which would mandate that any baby who survives an abortion cannot be left for dead or killed after birth but must be given appropriate medical are. Both of these acts failed to pass in early 2020. Trump also vowed to sign the No Taxpayer Funding for Abortion Act, which the letter stated would “impose a permanent, comprehensive ban on abortion funding, block tax dollars from financing abortions through Obamacare insurance plans, and enhance disclosure requirements for plans on the exchange that cover abortion.”

In the letter, Trump also wrote that his administration would “[c]ontinue our transformation of the federal judiciary, filling the Supreme Court and lower courts with judges who will respect the Constitution and not legislate an abortion agenda from the bench.”

Since his election in 2016, the Trump administration has appointed two judges to the Supreme Court: Justices Neil Gorsuch and Brett Kavanaugh. The Trump administration also enacted the Protecting Life in Global Health Assistance policy to stop tax dollars from funding the international abortion industry. The letter also lists as the administration’s pro-life accomplishments Planned Parenthood’s exit from Title X funding, the ending of taxpayer funding for research using aborted babies at the National Health Institute (some such research continues, using non-public funding), and the Supreme Court’s decisions in favor of the Little Sisters of the Poor.