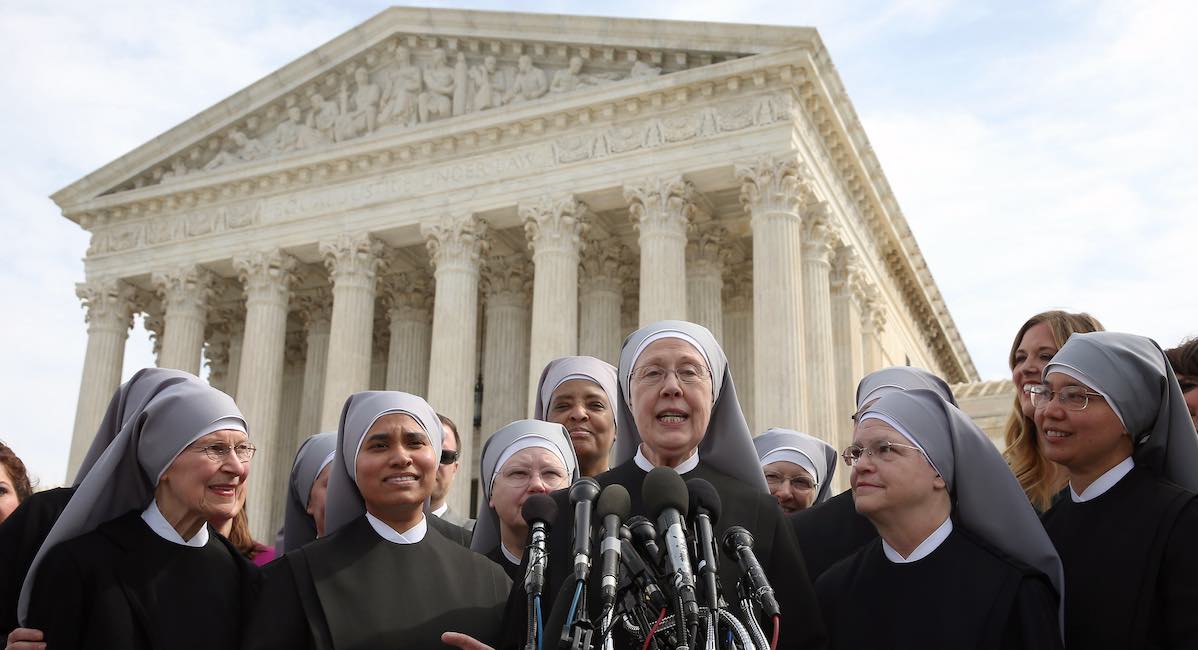 In a 7-2 ruling on Wednesday, The Supreme Court of the United States upheld rules allowing employers to opt out of paying for birth control in their health care plans based on their religious beliefs. In the decision of Little Sisters of the Poor Saints Peter and Paul Home v. Pennsylvania, Justice Clarence Thomas delivered the majority opinion which Justices John Roberts, Samuel Alito, Neil Gorsuch, and Brett Kavanaugh joined. Justices Elena Kagan and Stephen Breyer concurred while Justices Ruth Bader Ginsburg and Sonia Sotomayor dissented.

The Affordable Care Act of 2010 (commonly referred to as ObamaCare) required employers to provide “preventive care” without “any cost sharing requirements” but, said Thomas, failed to specify what was meant by “preventive care.” Guidelines stated that health care plans must provide coverage for all FDA approved contraception. However, the Trump Administration later allowed for exemptions to the mandated contraception coverage for employers if those employers held moral or religious objections.

“By its terms, the ACA leaves the Guidelines’ content to the exclusive discretion of HRSA [Health Resources and Services Administration],” wrote Thomas. “Under a plain reading of the statute, then, we conclude that the ACA gives HRSA broad discretion to define preventive care and screenings and to create the religious and moral exemptions.”

The ruling is seen as a big win for organizations and businesses associated with deeply held religious beliefs, many of which have been fighting the contraceptive mandate for years. Little Sisters, an order of Catholic nuns, argued that the use of contraception to prevent new human life is immoral and the store chain Hobby Lobby argued in its case that certain hormonal birth control can cause abortions to occur. Thomas cited the Hobby Lobby decision in his Little Sisters‘ opinion.

Thomas continued that in Hobby Lobby, the Court “left it to the Federal Government to develop and implement a solution. At the same time, we made it abundantly clear that, under RFRA, the Departments [Departments of Health and Human Services, Labor, and the Treasury] must accept the sincerely held complicity-based objections of religious entities. That is, they could not ‘tell the plaintiffs that their beliefs are flawed’ because, in the Departments’ view, ‘the connection between what the objecting parties must do . . . and the end that they find to be morally wrong . . . is simply too attenuated.”

Stating that for more than 150 years, the Little Sisters have been sacrificing to care for those in need, Thomas said they have spent the last seven years fighting “for the ability to continue in their noble work without violating their sincerely held religious beliefs.” He concluded that the Departments had the authority to create the religious and moral exemptions and therefore those exemptions stand.