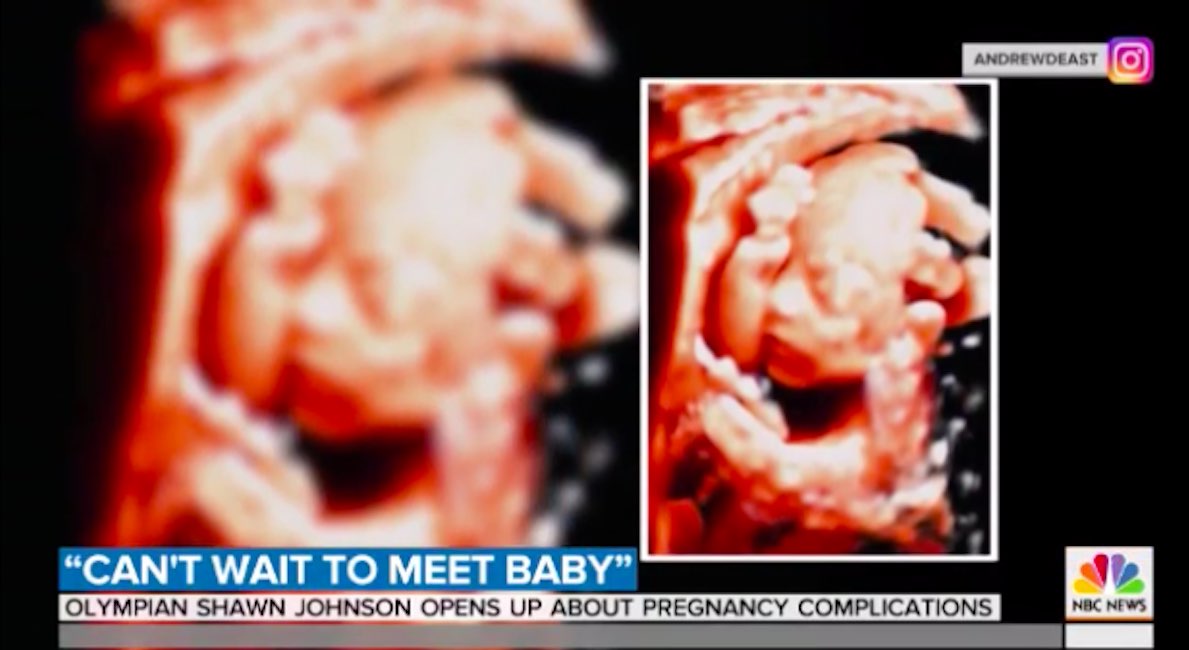 Olympic gold medalist Shawn Johnson East is expecting her first child with her husband, Andrew East. They had previously suffered a heartbreaking miscarriage, and were thrilled to find out they were expecting again. But that excitement turned to fear when they discovered their child might have Down syndrome.

The Today Show covered the couple’s pregnancy journey, including the complications that were found at a routine 20-week ultrasound. It turned out their baby had a two-vessel umbilical cord to the placenta, as well as dilated kidneys. These can be considered markers for Down syndrome, and the couple was recommended to undergo genetic testing.

“We canceled everything we had that day, and just huddled up on the couch, and prayed,” Johnson East recalled in a video she posted, adding, “If our test came back and our baby had Down syndrome, we would love that baby more than anything in the entire world… but in our hearts, as parents, as every parent out there prays and hopes, you hope for a healthy baby.”

The feelings expressed by the East family are not surprising; when facing a disability diagnosis, it’s natural for any parent to be scared and uncertain. But the question is, why? The coverage from Natalie Morales at the Today Show offers a clue:

Throughout the entire narrated segment on the East family, not a word was mentioned about what having a child with Down syndrome is actually like. The false idea that Down syndrome equals being unhealthy was not dispelled, nor did anyone discuss what the reality of  Down syndrome actually is. Considering that Today Show anchor Savannah Guthrie has an uncle with Down syndrome, and the show has panels of medical experts to act as consultants, this is even more disturbing; the show had the ability to educate people, but chose not to.

After seeing the segment, one mom of a child with Down syndrome took to Facebook in a post that was shared across the disability community. “Can you imagine if someone who has a child, teenager, or adult with Ds in their family watched this show with that family member? How would they explain the cheers and celebration of a couple finding out their baby would not be like them?” Natalie Gilbert Palin wrote. “This segment further marginalized one of the most marginalized groups of people in our society, and it sends a message of fear to expecting mothers who may be faced with the decision of continuing or terminating a pregnancy.” 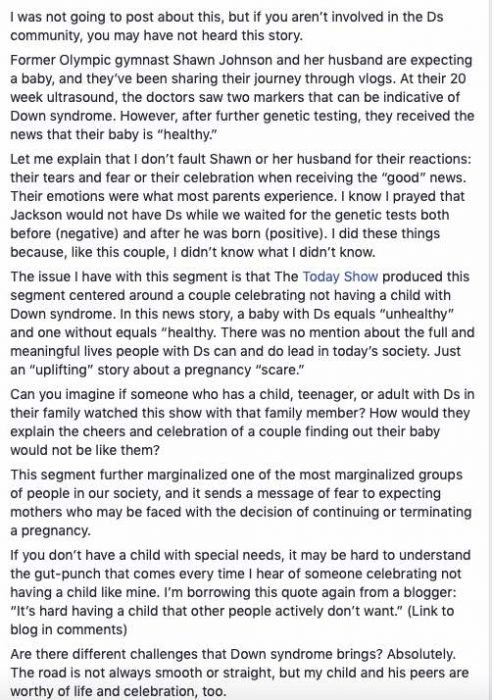 This isn’t the first time the Today Show has featured such segments, either. They previously congratulated a pregnant couple live on air because their baby was “safe” from Down syndrome. Other celebrities or media programs have used Down syndrome as an insult and advocate for people with disabilities to be euthanized.

And while the cultural negativity towards Down syndrome is bad enough, it’s prominent in the medical community, too. Women overwhelmingly report having negative experiences when receiving a prenatal diagnosis by a 2 to 1 margin, with 1 in 4 women being pressured to have an abortion. And parents are often given outdated, inaccurate information.

Between the misinformation and bias women hear from their doctors, and that which is published by media outlets, is it any wonder that parents are terrified at the prospect of having a child with Down syndrome?

Here are the facts that people don’t hear:

Here are some more things people don’t hear, from a newly-released study on the capabilities of persons with Down syndrome.