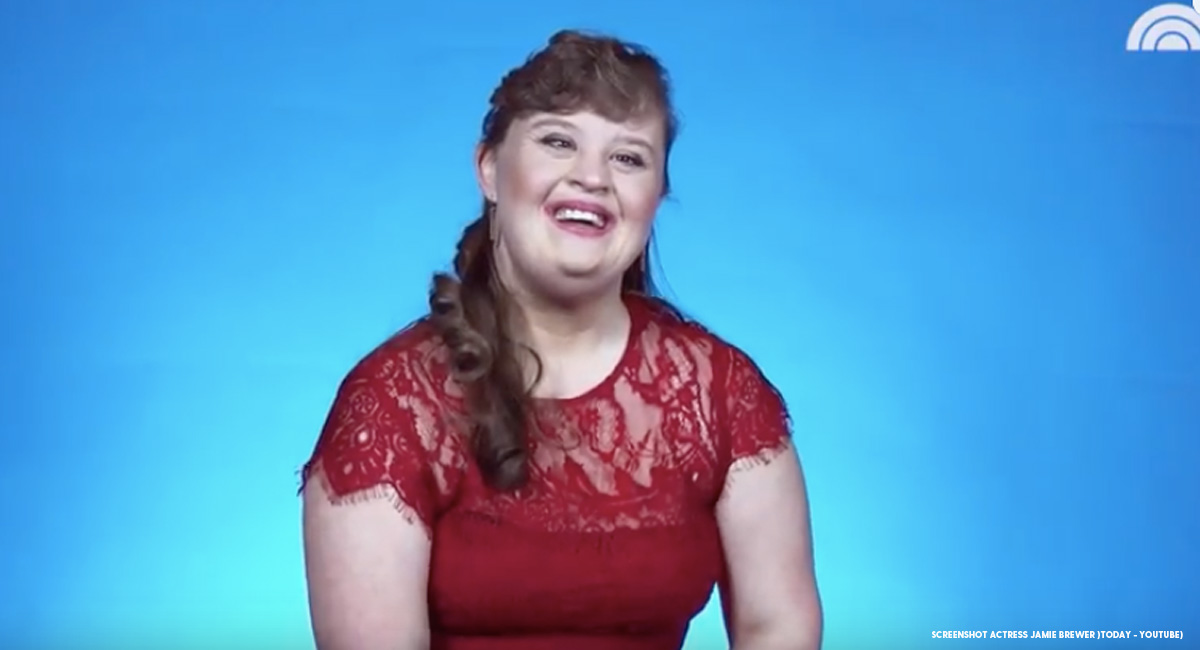 Every year on March 21, people around the world celebrate World Down Syndrome Day, a day of global awareness that has been officially recognized by the United Nations since 2012. Incredible gains have been made in the past 30 years, especially when it comes to medical advancements, but there is still a long way to go. People with Down syndrome are still discriminated against, from being targeted in the womb for abortion, to calls for euthanization as adults. But people with Down syndrome are still overcoming these obstacles, breaking boundaries and making their mark on the world around them. Here are eight people with Down syndrome who are making a difference.

Charlotte Fien, a British woman who has both Down syndrome and autism, attends the University of London, and is engaged to be married. She is also a passionate advocate for people with Down syndrome, regularly speaking out against eugenic abortion. She has testified before the United Nations, saying that if they truly want to protect human rights, part of that involves protecting the right of people like her to live.

A perfect baby, a perfect family, a perfect society are now possible. But are they really? No, of course they aren’t. There is no such thing as perfection. You can try to kill off everyone with Down syndrome by using abortion, but you won’t be any closer to a perfect society. You will just be closer to a cruel, heartless one, in my opinion.

An actor and a Special Olympian, Frank Stephens has lectured at universities and testified before Congress, criticizing the notion that babies are screened solely so they can be aborted if they have Down syndrome. Instead of focusing on abortion, Stephens has called for an increase in funding for research, to help people with Down syndrome lead better lives.

“It’s hard for me to sit here and say those words,” he continued. “I completely understand that the people pushing this particular ‘final solution’ are saying that people like me should not exist. That view is deeply prejudice by an outdated idea of life with Down Syndrome. Seriously, I have a great life!”

Kayla McKeon is a motivational speaker, university student, employee, and Special Olympian, and works for the National Down Syndrome Society as the Manager of Grassroots Advocacy. She writes and publishes a podcast for the NDSS as well. McKeon made headlines by becoming the first ever lobbyist with Down syndrome, focusing on more inclusion of people with disabilities and helping the pass the Able to Work Act, which allows people with disabilities to keep their savings and their free health care.

“We can do whatever we set our minds to, we can drive a car, go to college and pursue meaningful careers. We are more alike than different, so lets go and show our awareness of Down Syndrome and celebrate our abilities not our disabilities.”

Jamie Brewer is best known for her roles in the anthology horror series American Horror Story, but she was also the first ever model to walk the runway at New York Fashion Week. The dress she wore was designed specifically for her, based on her characters from American Horror Story. But she doesn’t stop at just being an actress and model; she’s also an activist whose work has earned her awards, like the Quincy Jones Exceptional Advocacy Award from the Global Down Syndrome Foundation. Her advocacy includes successfully lobbying Texas legislators to ban the word “retarded” from all state legislation.

VIDEO: Parents of kids with Down syndrome say ‘it’s not something to fear’

In 2013, Ángela Bachiller made world history by becoming the first person with Down syndrome to ever hold public office. After working for two and a half years as an administrative assistant, she ran for one election and lost, but, undeterred, she ran again and won. As a city councilwoman, she wants to work for the people, but especially people with Down syndrome, and ensure that they have the same rights as everyone else.

Tim Harris is best known as the first restaurant owner with Down syndrome. Tim’s Place served breakfast, lunch, and hugs. While some might brush off the restaurant as a novelty, it got rave reviews, with a four-star rating on Yelp. Unfortunately, Tim’s Place closed — not because the business was doing poorly, but because he met a girl, Tiffani, at a Down syndrome convention and fell in love. He moved to Denver to be with her, which meant the end of Tim’s Place, but he continues to work as a motivational speaker — and he shows that people with Down syndrome are just like the rest of us. They work, they fall in love, and they have meaningful relationships.

“Every time I feel sad, my girlfriend makes me feel a lot happier. [When I look into her eyes], I see love. I see joy. And I see that I have a future here.”

Best known for playing the role of Corky in Life Goes On, Chris Burke has won numerous awards for acting, including a Golden Globe. But he is also an advocate, working as a consultant and as a Goodwill Ambassador for the National Down Syndrome Society since 1994. He wants people with Down syndrome to know they have opportunities, and that they can accomplish their dreams and goals.

“We all have different talents, but some people with disabilities, they don’t know that. Always say to yourself, ‘Yes I can, so I can make a difference in my own life.’”