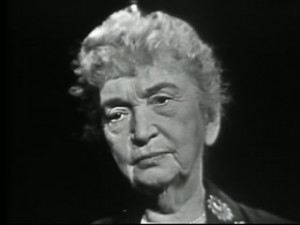 Margaret Sanger, the founder of Planned Parenthood, lived from 1879-1966. Over the course of her life, she partnered with advocates of eugenics and birth control to set in motion an ideology that has since become pervasive in the United States and throughout the world.

Sanger’s primary ends were to eradicate the so-called “unfit” from society and to “empower” women with control of their own fertility. What she may or may not have foreseen, however, were the full consequences of these pursuits, which have proven devastating to America.

Sanger was herself a eugenicist, believing that entire groups of human beings did not belong on Earth. She advocated sterilization and widespread birth control to ensure that certain “types” of people were never born. These groups included the black population, and anyone who was not the perfect definition of health as Sanger and her eugenicist buddies defined the term. And their list was quite detailed, as her “way to peace” outlines. The following people would ideally be sterilized out of existence, or at the very least segregated from “fit” society.

Planned Parenthood, at its very core, is permeated by this mindset of Margaret Sanger. To this day, the organization sets up shop in primarily minority, impoverished neighborhoods where the population is “dysgenic,” according to Margaret Sanger’s use of the term. Planned Parenthood claims that it wants to help these communities by inserting itself into their lives, but facts speak for themselves:

Editor’s Note: To read our entire “Why America Doesn’t Need Planned Parenthood” series, take a look at the following articles, and come back every Monday, Wednesday, and Friday for more.