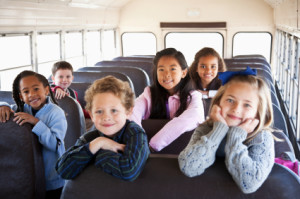 Thanks in large part to Planned Parenthood, kids can’t be kids anymore. Children view the world quite differently than adults do. They have fewer worries and cares and spend a great deal of time “being kids.” But over the last few decades, the innocence of children has been lost, or rather, stolen – and in many cases, it’s because of Planned Parenthood. Planned Parenthood is doing its best to infiltrate our schools and our after school programs in order to “teach” our children about sexual health and responsibility.

To some people this might seem like a great idea on the surface. But when you break it down, it’s more like adults preying on young children.

“Based on the retention rates that Planned Parenthood published routinely until the mid-1990s, it consistently lost 43 percent of its customers annually. Today, PPFA [Planned Parenthood Federation of America] is a $1 billion business. The only demographic big enough to furnish that many new customers every year is teens and young adults who engage in frequent sex. Planned Parenthood can make millions on preaching safe sex. It goes broke on abstinence.”

Quite simply, Planned Parenthood desperately needs to teach our children that sex is just about having a good time and that at any age and any stage, it’s right.

Planned Parenthood wants our children to believe that “safe sex” will keep them free from sexually transmitted diseases and unintended pregnancies. They teach our children that babies are the enemy. We know that’s not true, but our kids don’t.

Planned Parenthood is the biggest predator of children in America today. And our government supplies them with the money – our tax dollars – to do it.