After several referrals from the U.S. House Select Panel on Infant Lives, the Department of Justice may at last be investigating the abortion industry. As previously reported by Live Action News, the DOJ is looking into the criminal referrals against abortion giant Planned Parenthood. Now, it appears the FBI may also be looking into the activities of late-term abortionist Douglas Karpen, also known as the “Texas Gosnell.” Fellow late-term abortionist, Kermit Gosnell, was convicted of first-degree murder for killing babies born alive from abortion. 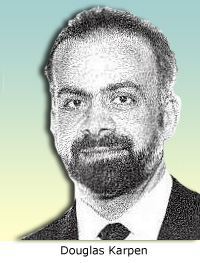 Pro-life group Operation Rescue received a letter from the DOJ dated May 11, 2018, shedding some light on Karpen’s criminal referral. The letter notes that while “the FBI does not generally comment on the status or existence of any potential investigative matters,” the referral against Karpen was “documented and forwarded to the FBI Houston Field Office for any action deemed necessary.” This is long-awaited news, as the criminal referral was issued by a congressional panel nearly 18 months ago, in December 2016.

The actions of Karpen came to light for many Americans in 2013, the same year Gosnell was convicted sentenced to life in prison without the possibility of parole. He had appeared before the Texas Medical Board in 2011 following several complaints, but the board dismissed them.

In 2013, former Karpen employees came forward with allegations about Karpen’s grisly practices of committing late-term abortions, with employees stating he sliced and twisted the necks of babies born alive during abortions — injuries that can be seen in graphic and disturbing photos (warning).

The remains of these murdered children were then carelessly left out in the open. In 1989, pro-life activist Chad Traywick came upon Karpen’s unlocked facility and discovered a bucket containing remains of a 28-week aborted baby boy, including his head and arm. The baby, named Baby David, was given a proper burial.

Karpen is alleged to have flaunted his disrespect for preborn life, their mothers, and the law in a variety of ways. Examples of this were his alleged sexual harassment and mistreatment of women, his lack of adequate qualified nursing staff, and his unsanitary and improperly reused equipment. It is also alleged that Karpen falsified ultrasounds to show younger gestational ages (to comply with the legal limit) as well as older ages, so that he could charge more for late-term abortions, as abortion is quite lucrative.

Karpen has committed late-term abortions past the legal limit in Texas, and has a particularly long rap sheet, including patient deaths from the 1980’s, incomplete abortions, and committing abortions on minors without parental notification.

The recent letter from the Department of Justice brings hope that the failure to properly investigate Karpen seven years ago will at last be made right.