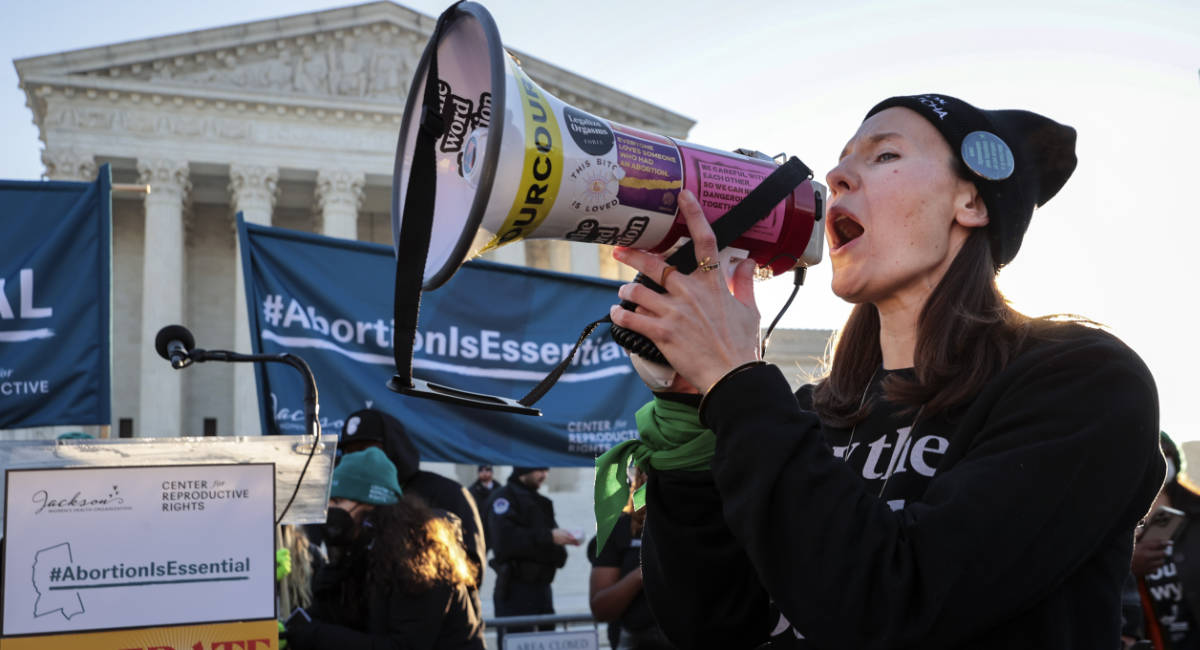 It used to be that abortion advocates wanted abortion to be “safe, legal, and rare” but the truth is now out in the open: they want abortion to be accessible at any time for any reason — and they certainly don’t want it to be rare. Abortion supporters now argue that abortion is essential to being a woman and that women cannot live “successful” lives without it.

Abortion is not essential to save a mother’s life

It’s common for abortion advocates to fall back on the false claim that abortion — even into the third trimester and up until birth — must remain legal in order to save pregnant women’s lives during a medical emergency. But this isn’t true. Human beings are now capable of surviving outside the womb as early as 21 weeks, most pregnancy-related and life-threatening health conditions occur after 20 weeks. In some of these cases, the pregnancies must end in order to save the mother’s life, but ending a pregnancy does not necessitate the purposeful death of a child.

Instead of taking the time to kill the baby — which at this point in pregnancy is a two to three-day procedure — preterm labor can be induced or an emergency C-section can be performed. This will help to save the mother’s life during a true medical emergency, and the baby’s life might also be saved.

“In situations where the mothers’ life is truly in jeopardy, her pregnancy must end, and the baby must be delivered,” Dr. Kendra Kolb explained in a video for Live Action. “These situations occur in cases of mothers who develop dangerously high blood pressure, have decompensating heart disease, life-threatening diabetes, cancer, or a number of other very serious medical conditions. Some babies do need to be delivered before they are able to survive outside of the womb, which occurs around 22 to 24 weeks of life. These situations are considered a preterm delivery and not an abortion.”

Even if the pregnancy must end to save the mother’s life prior to 21 weeks, premature delivery — with the intention of saving the mother’s life and not the intention of ending the baby’s life — is not considered an abortion. This is also true for ectopic pregnancies. Removing the fallopian tube in which the child is growing is not an abortion. It is a surgery that carries the goal of saving a life, and without that surgery, both mother and baby would die. In these cases, the baby dies of natural causes as the result of a procedure carried out to save the mother’s life, not to end the child’s life. An abortion always seeks to end the child’s life.

Therefore, in a medical emergency, abortion is not essential health care.

Abortion is not essential to support the mother’s health

Regardless of the fact that abortion is never necessary, even in medical emergencies, abortion advocates claim it is necessary in cases in which the mother’s health is considered to be threatened either physically, mentally, emotionally, financially, or familially. If a mother’s health is threatened physically by a pregnancy, as was previously shown, abortion is never necessary. Doctors should work to heal and care for both mother and child, not purposely kill the child in an attempt to save the mother.

And in cases in which the mother is suffering from mental or emotional illnesses during pregnancy, doctors should be working to heal the wounds and deal with the concerns that are causing the mother such suffering. Killing her preborn child through abortion will not save her from the mental and emotional anguish she is in, but can actually compound it.

According to research, rates of depression among women two years after having an abortion were three to five times higher than the general population of women. In fact, 29 out of 30 studies have found that women who have abortions are at an increased risk for mental health disorders. Killing a woman’s preborn child in an attempt to heal a mental health condition is likely to only increase her suffering.

As for a woman’s financial health and familial health, killing innocent human beings will not solve any socioeconomic concern. Rather than kill a woman’s preborn child as abortion advocates aim to do, real help should be provided to these women as pro-life pregnancy centers work to do. Government programs can be accessed to help women experiencing unplanned pregnancies and every resource possible should be made available to her and to her baby’s father. Families, friends, and communities should be rallying around these women. No mother should be told she must choose between her current life situation and her child’s life. To be told you are too poor, too young, or too uneducated to have a baby and therefore have no choice but to kill your baby through abortion is not freedom, it’s oppression.

Abortion is not essential for women to be equal

The late Justice Ruth Bader Ginsburg once wrote that abortion is necessary in order for women “to enjoy equal citizenship stature.” And in 2018, comedian Chelsea Handler said abortion is necessary for women to “be equal partners in society…”  The implication is that men can be fathers and find success outside of the home, but women can’t.

Ginsburg herself was a wife, a mother of two, and a Supreme Court Justice. She was a wife and mother while taking classes, arguing in court, caring for her husband while he had cancer, and working her way up to the Supreme Court. Pregnancy and parenting didn’t hold her back, so why would it be assumed that pregnancy and parenting would hold any woman back? This mentality is what keeps women from being treated equally to men, not a lack of abortion access.

The sexual revolution allowed men who are not interested in being fathers to create children they don’t want and then walk away, leaving the mother to fend for herself and potentially leaving her and her child in dire financial straits. But this same reasoning has become a justification for legalized abortion, so that women can freely avoid parenting the children they created. Abortion, therefore, causes women to look upon their own children as their oppressors, keeping them from achieving equality.

But women need not “achieve” something to be equal to men; they are inherently equal, no matter their status as a mother, their level of education, or their career path.

Abortion is never necessary and is not essential to a woman’s health, life, or equality. Abortion is, instead, detrimental to women and society. As Mother Teresa stated, “It is poverty to decide that a child must die so that you may live as you wish.”