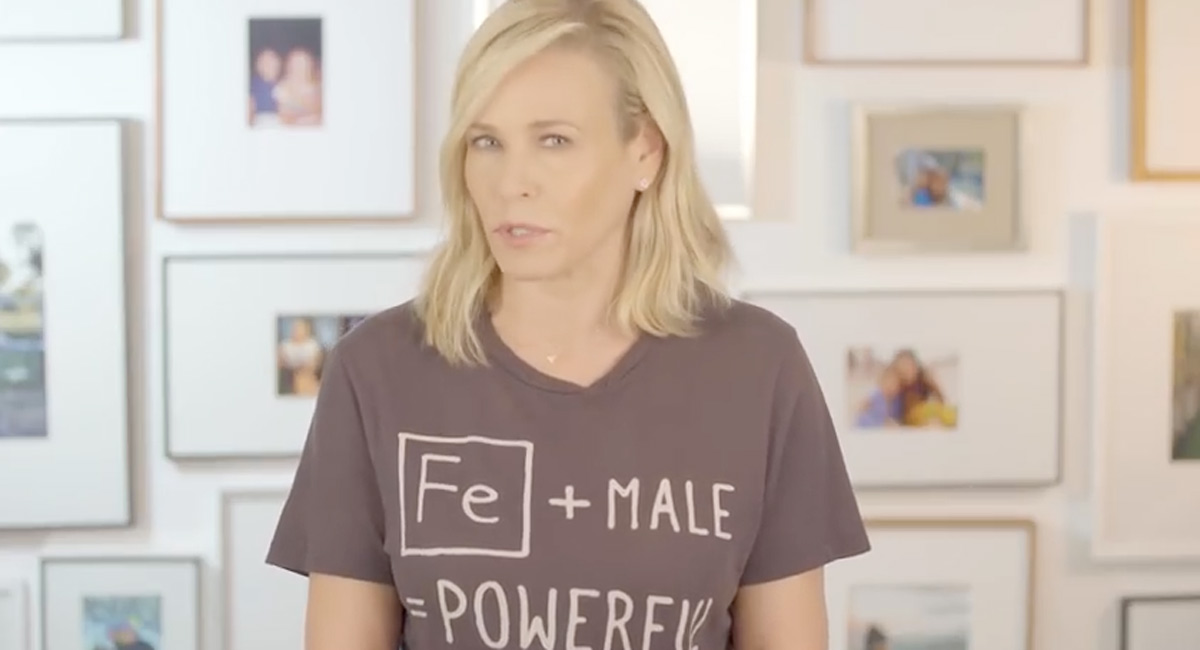 Comedian Chelsea Handler has partnered with abortion activism organization NARAL to fight against Brett Kavanaugh’s nomination to the Supreme Court. Abortion advocates have been in near hysterics at the thought of Roe v. Wade potentially being overturned, and are mobilizing to prevent that from happening. This has led to the typical pro-abortion talking points being shared. But they seem totally unaware of the inherent misogyny in what they’re saying.

Handler was featured in a NARAL video arguing that abortion needs to remain legal so that “our daughters, mothers, and sisters” have the ability to make decisions “about our own bodies and futures.” And, of course, this will be impossible if women aren’t able to take the lives of their preborn children:

In a press release, Handler also argued that women need abortion to be equal to men. “Donald Trump repeatedly promised to only appoint Supreme Court Justices that will overturn Roe v. Wade, criminalize abortion, and punish women. He has found his man in Brett Kavanaugh,” she said. “Let’s be crystal clear: abortion rights, and by proxy, women’s ability to be equal partners in society, is on the line in this fight. Brett Kavanaugh will turn back the clock on decades worth of progress for women.”

Progress? What progress has legal abortion ushered in? All it has done is allow the misogynistic status quo to continue.

Early feminists were almost uniformly opponents of abortion. They believed that the circumstances that led women to feel they had no option but seek to end their pregnancies should be addressed. Men could use women for sex and abandon them, without having the responsibility of children. Women were forced to choose between their babies and their education and careers. When second-wave feminism was hijacked by the abortion movement, any effort to change that was abandoned. Women didn’t need better support and resources anymore. They didn’t need to fight against misogyny anymore. Instead, they had abortion — but in the end, all abortion does is perpetuate the same tired, anti-woman system.

It’s no surprise that the people we have to thank for this are pro-abortion men: Larry Lader and Bernard Nathanson, who founded NARAL and convinced feminists that abortion was necessary to make women equal. “He told them that if they want to be paid and hired and promoted like a man, then women should not expect employers to accommodate their pregnancies,” Feminists for Life President Serrin Foster said of Lader.

So pro-abortion feminists like Chelsea Handler continue to argue that in order for women to be equal to men, they cannot expect to be treated as equals. Instead, if they become pregnant, they either need to get abortions, or they will be forced to drop out of college or even face discrimination in the workplace. It is beyond blind to argue that women need to suffer misogyny and discrimination in order to be ‘equal to men.’