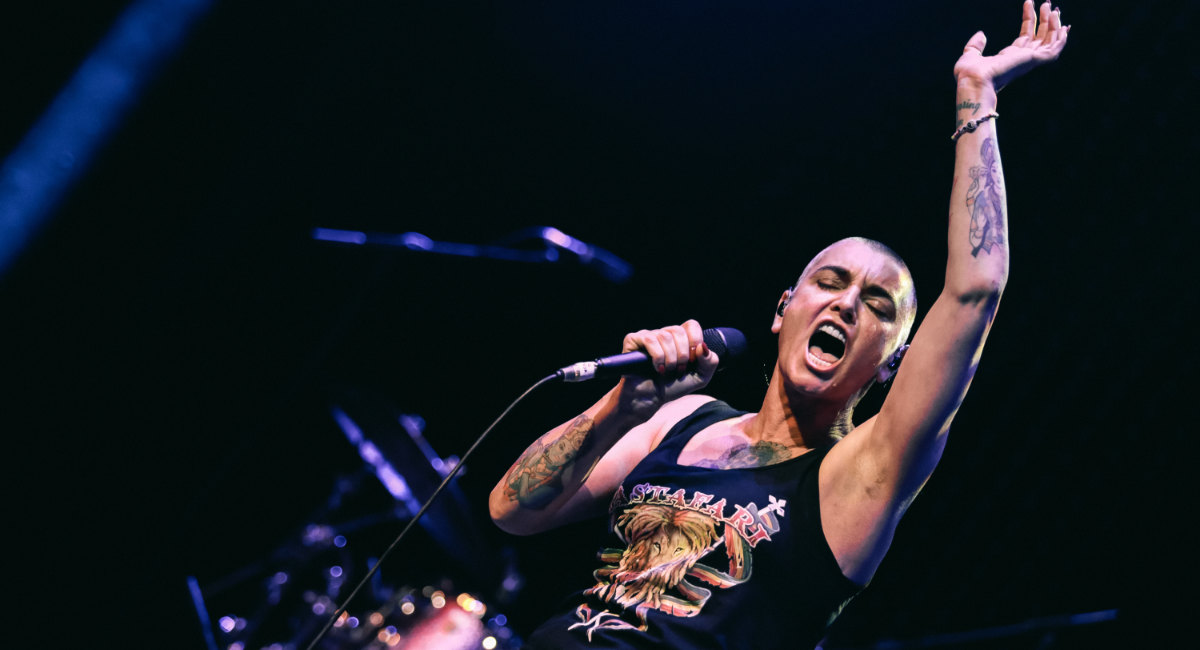 In her new memoir, “Rememberings,” published on June 1, Irish singer-songwriter Sinead O’Connor shared that during her first pregnancy she was encouraged by a record executive — and a doctor who was influenced by that executive — to have an abortion.

At the time, O’Connor was signed with the now-defunct Ensign Records and when she became pregnant, label executive Nigel Grainge advised her to have an abortion. According to the Independent, O’Connor went to a doctor who allegedly told her that Grainge had contacted him and asked that he “impress upon” her a warning about continuing the pregnancy.

“Your record company has spent £100,000 recording your album,” she recalled the doctor telling her. “You owe it to them not to have this baby.”

“Furthermore,” she said, “he informed me that if I flew while pregnant, my baby would be damaged. And anyway, if I was going to be a musician I ought not to have babies because a woman shouldn’t leave her baby to go on tour and at the same time a child can’t be taken on tour.”

Despite the intense pressure to abort, O’Connor refused and gave birth to her first child, Jake. Unfortunately, O’Connor’s experience of being pressured to abort her baby is not rare.

In a survey of women who sought post-abortive counseling, 73% said they felt some level of pressure to have an abortion. Another study found that up to 64% of abortions are committed under coercion. The documentary “Life After Abortion” features the testimonies of women suffering abortion regret. As previously reported by Live Action News, many of these women said they were pressured into having abortions.

READ: ‘All Saints’ singer pressured into abortion by record label: ‘I was horrified, violated’

Female Irish pilots said that shortly after abortion was legalized in the nation, they were told they would lose their jobs if they did not undergo abortions. “That is an absolute,” Captain Evan Cullen, president of the Irish Air Line Pilot’s Association. “They have a choice, you either terminate your employment […] or you terminate your pregnancy. You can’t have both.”

Likewise, women in the music and acting industry have shared stories similar to O’Connor’s. “All Saints” singer Nicole Appleton said that in the 90s at the height of the group’s success, the record label was angry she was pregnant and threatened her, planning an abortion on her behalf. She had the abortion and immediately regretted it. “I was horrified, violated by what I felt was the power of an industry that leads a woman to sacrifice her child to keep a band together,” she wrote in her book. “What mattered was our success and our ability to make money.”

Tamika Scott of the 90s band Xscape also revealed she was pressured by the band’s manager to have an abortion. “They gave me the ultimatum to stay in the group or have an abortion,” she said. Despite the pressure, she refused and was able to continue her career.

Hollywood has been pressuring women to have abortions for nearly a century. Judy Garland was also coerced into an abortion by her husband (composer David Rose), her mother, and MGM Studios. Though she had expressed her desire to have her baby, MGM said that if she remained pregnant it would “cost them millions.”  MGM also forced other actresses into abortions, including Lana Turner, who had two. Bette Davis and Ava Gardner suffered similar fates.

O’Connor also isn’t alone in being told something would be wrong with her baby. While the doctor told her that if she flew while pregnant her baby would be “damaged,” countless women have been told that if they didn’t take the second dose of the abortion pill regimen or if they attempted abortion pill reversal that their baby would have birth defects. This is false; research has shown no evidence of this whatsoever.

Despite the pro-abortion mantra that abortion is about “choice,” the truth is that countless women are coerced into abortion or feel pressure to have abortions because of their financial status, career status, or relationship status. The abortion industry and companies that stand to benefit from the way a woman’s body looks don’t see abortion as a choice, but as a way to profit financially no matter the cost to women.