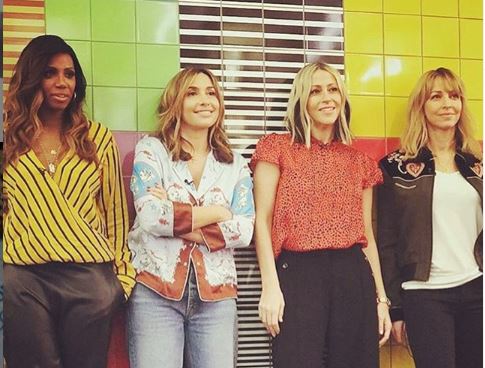 Many women seek fame and success in Hollywood, but it’s often clear that accomplishing their dreams can come at a price. Nicole Appleton is a member of the British-Canadian girl group All Saints, which was massively successful in the 90s and recently released new music. Last week, Appleton announced on Instagram that she has given birth to a daughter with her boyfriend, Stephen Haines, after keeping the pregnancy a secret. Her current happiness, however, has followed some difficult times, including being pressured into an abortion that left her depressed and suicidal.

In the wake of her daughter’s birth, The Mirror revisited Appleton’s chaotic past love life, including her abortion admission in her autobiography with her sister (and fellow All Saints member) Natalie titled “Together.” It was in 1998 when All Saints was at their most successful, and Appleton claimed the record label and bandmate Shaznay Lewis were furious when they learned she was pregnant. She said the two of them threatened her and organized the abortion, which she called the worst day of her life.

After hiding my pregnancy for the last 9 months…which was SOOOOO difficult & keeping her a secret from all my friends…I can finally announce our incredible news!!..Our little girl ‘Skipper Hudson Haines’ has arrived Stephen & Gene are besotted!!! I’m SOOO HAPPY!! ❤️❤️

“I was horrified, violated by what I felt was the power of an industry that leads a woman to sacrifice her child to keep a band together,” she wrote in her book. “What mattered was our success and our ability to make money.”

Appleton underwent the abortion at four months pregnant, and described the terrible procedure, saying she was awake the entire time. “I wanted to shout ‘No, No!’ But it seemed impossible,” she wrote. “Suddenly, horribly, I realised, with a clarity that rocked my entire body, what had happened. My baby had gone. I fainted.”

The most common abortion procedure at four months is a dilation and evacuation, or D&E. It’s a violent procedure that is committed by dismembering the preborn child – ripping her limbs from her torso and crushing her skull. It is described in the video below by former abortionist Dr. Anthony Levatino:

In her book, Appleton described the effect the abortion had on her. “I couldn’t believe what I had done,” she said. “I wanted to kill myself. Afterwards, everyone pretended it hadn’t happened.” The baby had been fathered by British singer Robbie Williams, whom Appleton was in a relationship with at the time, and who later admitted that the abortion had also “torn him apart.”

Nothing about Appleton’s story is unusual. Sadly, it’s all too common for women to be pressured into an abortion by family members, partners, educators, or employers. As with all abortions, depression and regret are not uncommon either. Appleton’s abortion story shows that abortion is not empowering as abortion advocates claim, but is rather nothing more than a tool for misogynists to control women.