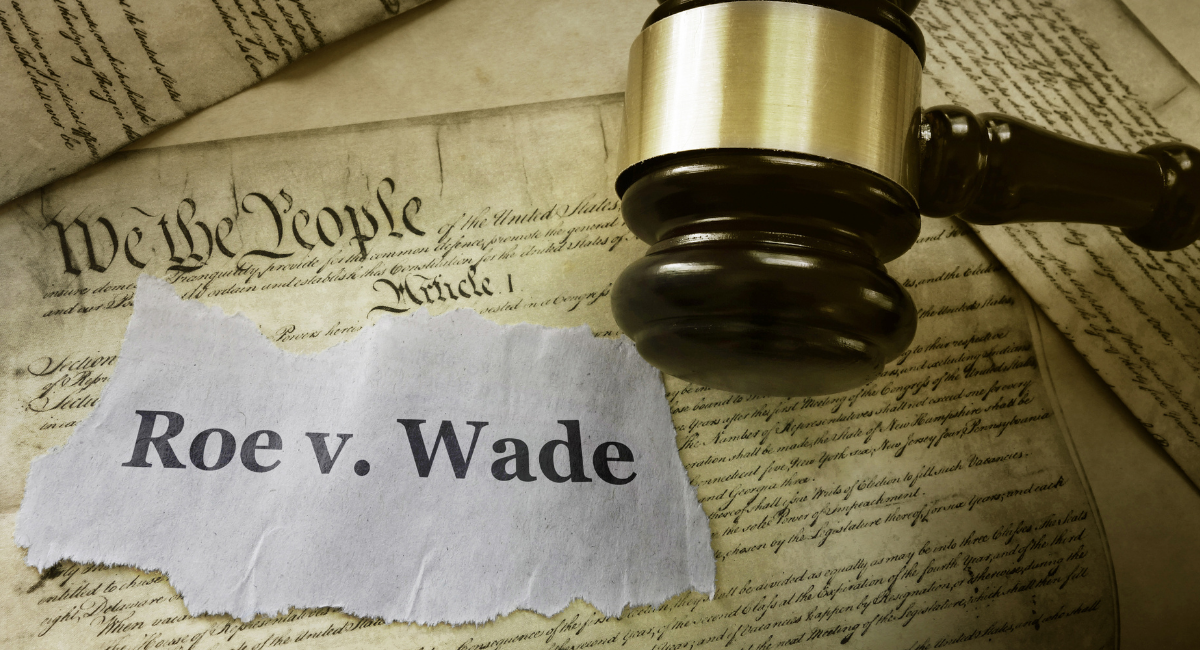 What kind of world did Roe v. Wade create? To Tish Harrison Warren, an Anglican priest who wrote a recent op-ed in the New York Times, 49 years of legalized abortion have left us with systemic realities that push women to choose abortion over life-affirming alternatives.

According to Warren, Roe v. Wade created systemic incentives that make abortion the expected choice for women who have unintended pregnancies. Indeed, pressure to end the lives of preborn babies is an all-too-common factor for the women choosing to have nearly 900,000 abortions annually – many of whom later profoundly regret their decision. “A culture that embraces abortion on demand will end up, however unintentionally, incentivizing that choice,” Warren argued. “This has downstream consequences for women deciding whether to continue with a pregnancy.”

One California woman’s experience resembles that of many women:

“I found out I was pregnant. Like most other college-age women in my situation, I felt alone, scared, unsure of my future and incredibly underprepared. I visited a local Planned Parenthood, where a counselor tried to convince me that I was irresponsible, that I wasn’t ready to be a mom and that abortion was my only option.”

Female athletes have reported being under extreme pressure to abort their children, as Olympian Sanya Richards-Ross noted in an interview with Sports Illustrated Now. “I literally don’t know another female track athlete who hasn’t had an abortion…” she said, “and that’s sad.”

Women are told they must choose success or motherhood, but that they cannot have both. Mothers like Briana Williams, a 24-year-old Harvard Law School graduate, show how difficult it can be to persevere in the face of these systemic realities. “There were many days that I’d go into a depression because I felt overwhelmed and let the pressure of what I was trying to do get to me,” William said, according to Live Action News. “I suppose I just did what I had to do, regardless of how I felt on the inside, because I did not want people to be able to say that I had to choose between motherhood and success.”

Even Warren herself has not been exempt from pressure to abort. When an ultrasound revealed her baby had possible fetal abnormalities, Warren was rushed to further diagnostic testing. “[The nurse] told me that we should find out as soon as possible if the baby had a disorder in case we wanted to end the pregnancy,” Warren wrote. “We assured her that whatever the results, we would not end the pregnancy. In pedantic tones she repeatedly told us, ‘You may change your mind.’”

Incentivizing the “arduous goods” of raising a child or choosing adoption

“Carrying a human life to term and either raising a child or placing a child with an adoptive family are, in all circumstances, arduous goods — moral, spiritual and social goods that also carry significant difficulty and risk,” argued Warren. “The choice to do something that is good but hard seems more or less possible to us because of what the culture around us values, celebrates, supports and finds acceptable.” In the United States, less than four percent of all unintended pregnancies end in adoption, according to the Adoption Network. For many women, adoption is a process shrouded in misunderstanding and stigma.

Warren used a unique analogy to make her point, writing, “Within my short lifetime of four decades, there was a time when making the choice to recycle was nigh unto impossible.” Because the system lacked mechanisms and structures in place to support recycling, doing so used to be extremely challenging. Yet as people became more conscious of their responsibility to protect the environment, “we spent money, effort and energy to put systems into place that make recycling an easier choice.” Today, for the vast majority of Americans, recycling is as easy as rolling a bin to the curb once a week.

“In order for more people to choose to recycle, they needed both cultural encouragement that doing so is a valuable and moral act and systems that helped ease the burden it imposed,” Warren observed. “The individual choice to recycle was made easier by what our society valued and committed itself to.” The implication is that we must make analogous cultural and systemic changes so that people find the “arduous goods” of choosing adoption or raising children more accessible.

Abortion activists often argue that abortion is a remedy for poverty, yet this has the effect of disincentivizing the development of life-affirming ways of addressing these types of challenging social problems. As Warren noted, “The fact that we as a culture don’t see protecting life as an absolute value encourages us to use abortion as a fallback mechanism for social ills, which gives employers and politicians (regardless of party) an excuse to not make maternal policies their most urgent priority.”

Warren cited a piece by Erika Bachiochi in the National Review, in which Bachiochi argued that the perverse incentives of abortion on demand – together with the hijacking of feminism by abortion activists – has obstructed pro-family, life-affirming workplace policies. “If abortion is what enables women to participate in the workplace, then perhaps costly accommodations, flexible work schedules, and part-time-pay equity are not so necessary,” Bachiochi observed.

To Warren, the way ahead is not easy, but involves necessary systemic and cultural changes. Women must be made “to feel that their sacrifices are seen, valued, applauded and supported in practical ways,” and it is incumbent upon us to “foster a society where women do not feel they need abortion for financial security, opportunity or equality.”

Nearly five decades since the legalization of abortion by Roe v. Wade, pro-lifers should not expect these kinds of life-affirming changes to happen overnight – even if and when Roe is overturned. Yet it is incumbent upon each of us to lay the groundwork for the kinds of changes that incentivize what Warren calls the “arduous goods.”