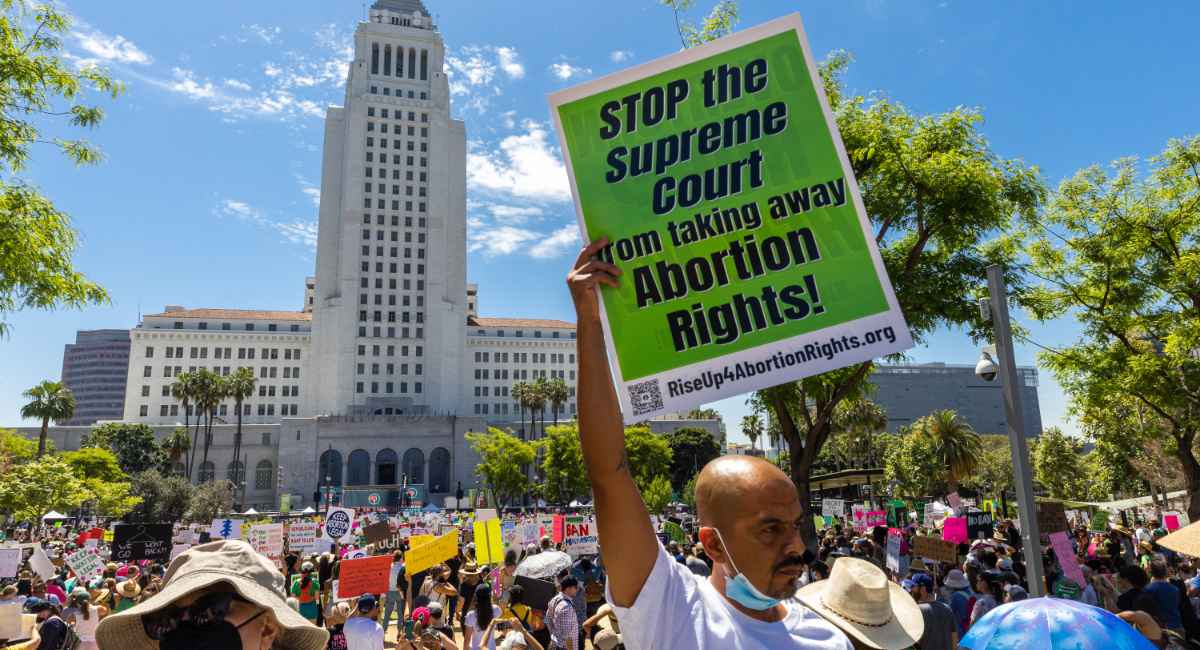 With the Supreme Court seemingly set to overturn Roe v. Wade, many abortion supporters are scared and angry. Protests and marches are being held across the country. Pollster Scott Rasmussen explained in an article for the Federalist what recent polling on Roe v. Wade means — and illustrates the difference knowledge makes. The widespread belief, Rasmussen pointed out, is that if Roe falls, abortion will be illegal everywhere in the United States. This belief is false — and when voters learn the truth, their views change.

Rasmussen began by pointing out that longtime polling, including his own, shows that a large majority of voters oppose overturning Roe. Yet as he further explained, this is a meaningless statistic, because these voters largely do not understand what overturning Roe will actually do.

He writes, “Seventy-seven percent of voters mistakenly think it would make abortion illegal in the United States. Forty-one percent simply don’t know what it would mean (36 percent). Just 22 percent have some understanding of the issue. If people don’t understand what overturning Roe would mean, how can you possibly interpret polling data showing that people don’t want it overturned?” he wrote. “To get a true sense of public opinion, it’s necessary to ask polling questions without D.C. political jargon. When you do that, it becomes clear that most voters will be okay with the result of overturning Roe.”

Were Roe to actually be overturned, abortion would not be illegal across the United States. Instead, states would have the ability to set their own abortion laws for the first time in five decades — just as they did prior to Roe.

“With Roe in place, the abortion laws are set by judges,” Rasmussen continued. “However, 65 percent of voters think abortion laws should be established by voters and their elected representatives. That’s exactly what will happen if Roe is overturned. Just 18 percent want to preserve the status quo.”

READ: Polling shows 7 out of 10 women are in favor of significant abortion restrictions

Pro-abortion politicians are the ones out of touch with the vast majority of Americans. The extreme Women’s Health Protection Act (WHPA), which failed to pass the Senate last week, would not only codify Roe into law, but would make abortion legal through all nine months of pregnancy, destroy conscience protections, and eliminate all standards and regulations on abortion facilities. This is something very few Americans support, as Rasmussen pointed out.

“The bill would make abortion legal at any point during the pregnancy, up to the moment of birth. That extreme position, now embraced by President Joe Biden, is supported by only 17 percent of voters. The vast majority — 72 percent —reject that extreme position,” he wrote. “Thirty-eight percent of respondents believe abortion should be legal only in cases of rape, incest, or when the life of the mother is at risk. Thirty-four percent believe abortion should be legal only during the early stages of a pregnancy, and not later than the end of the first trimester.

“The proposed legislation would also bring an end to the Hyde Amendment and calls for the taxpayer funding of abortions. Just 30 percent of voters support such funding,” he continued. “The legislation would prevent states from imposing modest restrictions on abortion, which have strong public support. Three-day waiting periods, spousal notifications, and parental notifications are each supported by 62 percent to 69 percent of voters.”

It is true that Americans largely want abortion to be legal — but they demand that legality come with heavy restrictions.

Women will not die by the thousands if Roe is overturned, and multiple states will still have legal abortion as well. The abortion industry is invested in misleading the American public into thinking the world post-Roe will be some kind of apocalyptic hellscape. But the truth cannot be hidden forever, and Rasmussen’s data confirms what we already know: when people learn the truth, their hearts and minds are inevitably changed.