A new case being considered by the Supreme Court of the United States is making waves among abortion advocates. Food and Drug Administration v. American College of Obstetricians and Gynecologists centers around the temporary suspension of FDA safety requirements (REMS) for chemical abortion (abortion pill) for the duration of the COVID-19 pandemic. Despite abortion advocates’s efforts to remove the safety requirements are ignored, the FDA contends that they were put in place for a reason.

What is a chemical abortion?

In Vox’s attempt to explain what a chemical abortion (the abortion pill) actually does, the pro-abortion outlet left out major details.

“Mifepristone, the drug at the center of American College, is part of a two-drug regimen used to induce abortion,” wrote Vox author Ian Millhiser. “Mifepristone causes pregnancy tissue and the lining of the uterus to break down and separate from the uterus itself.”

The image below shows a preborn human being at 7-8 weeks — what Millhiser calls “pregnancy tissue”: 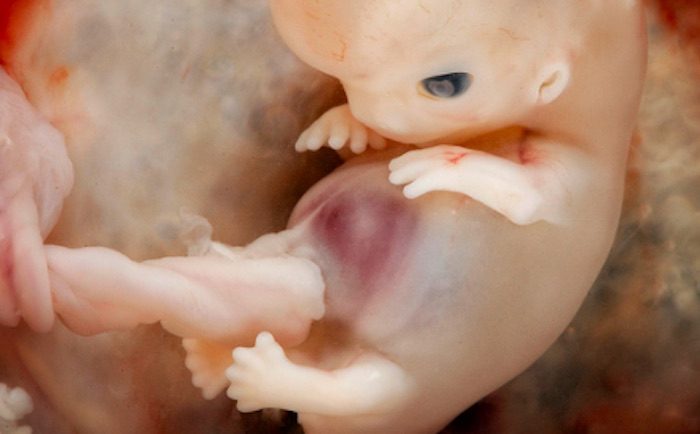 The truth, as explained in the video below by former abortionist Dr. Anthony Levatino, is that mifepristone works to block the naturally occurring pregnancy hormone progesterone. In doing so, it starves the developing preborn child of nutrients. This can be done anytime up to 10 weeks according to FDA protocols, though corporations like Planned Parenthood have flouted the protocols, dispensing the abortion pill up to 11 weeks, which nearly doubles the pill’s failure rate.

Preborn children, even in the first trimester, are recognizable as human beings – recognizable enough for procurement technicians to harvest their distinct organs for research.

After the preborn child has been deprived of nutrients and dies, the second pill of the abortion pill regimen, misoprostol, induces labor.

An obstacle to abortion

Abortion supporters claim COVID-19 safety rules are making it more difficult for women to obtain abortions, and any safety regulations in place on the abortion pill before the pandemic are additional obstacles blocking women from abortion.

“The In-Person Requirements impose a substantial obstacle to abortion patients seeking medication abortion care,” wrote Judge Theodore D. Chuang in his ruling to lift the safety requirements. He said that the FDA rules “delay abortion patients from receiving a medication [chemical] abortion, which can either increase the health risk to them or, in light of the ten-week limit on the mifepristone-misoprostol regimen, prevent them from receiving a medication abortion at all.”

COVID-19 is making it more difficult for everyone to access actual procedures and health care appointments. But abortion isn’t health care. It’s the unnecessary destruction of human life. Removing safety regulations and rushing the abortion pill process may get women easier access to abortion but it opens them up to increased risks of complications, including death. The intentional destruction of a human being in the womb is never medically necessary. Abortion only exists to kill.

The abortion pill is not “the safest method of abortion”

Millhiser claims the Trump administration wants to “block many abortion patients from obtaining the safest method of abortion” because “these patients could still have surgical abortions.” There are two serious arguments against this.

Abortion is no big deal

The abortion industry has repeatedly claimed that abortion is not a big deal. Now abortion proponents like Millhiser claim “patients face even more risk if they are forced to ‘travel to a health center for a more invasive procedure’ such as a surgical abortion.” The only reason Millhiser and other abortion proponents are suddenly doing an about-face and claiming surgical abortion is a big deal and should be avoided when possible is because they want the abortion pill safety regulations to be lifted. They are changing the narrative to fit their current goals.