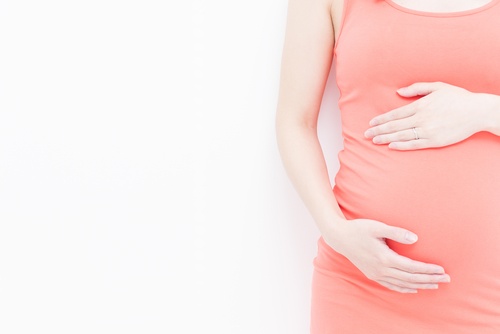 Let’s get one thing straight: Abortion is not empowering, it’s an abuse of power. As grown adults, we have authority over our children and power to do a great deal of harm to those that are weaker than we are, including killing them in the womb. But that doesn’t mean we are empowered. It means we are tyrants.

Slate writer Hanna Rosin recently reviewed the book Pro: Reclaiming Abortion Rights by Katha Pollitt. Rosin is all for abortion. She had one herself between her second and third live births because another child didn’t fit into her life at that moment of raising two children and working.  And she’s proud of her power to abort her child saying that, while having a child is a big deal, aborting a child is “no big deal.”

Rosin doesn’t think we need a book like Pro to tell us why abortion rights are important, because we should be totally “over it by now.” Tell that to women who live in regret and guilt over the abortions of their children. But Rosin would rather bury her head and agree with Pollitt that most of us have been “brainwashed” into believing abortion is bad. Pollitt calls it the “awfulization” of abortion, when really, she believes, abortion is a “positive, social good”.

To backup this argument, Rosin turns to writer Isabel Sawhill and her book Generation Unbound. Sawhill says that “poor and working-class” women getting abortions are making smart choices for their futures. But is abortion going to get those women a college degree if they have no money to pay for college? Is it going to take them from the position of waitress at a diner to CEO with a corner office? No. Abortion won’t do that. It will only do what groups like Planned Parenthood want, and that is to wipe out certain populations whom they believe have less to offer – such as the poor and the working-class.

And that is the “social good” Pollitt and Rosin speak of. The elimination of people that they don’t believe contribute enough to our society. Abortion can only be considered a social good if it benefits society. And since abortion brutally and barbarically ends the lives of people who would have become someone’s best friend, someone’s spouse, a doctor who cures diseases, or even a president who unites a torn country, it cannot be a social good. We cannot assume that the slaughter of innocent children, because they are poor or even disabled, is something that will benefit all of us or any of us. Because a society of people that preys on the weakest among them will soon turn on each other.

As for her own abortion, Rosin would like us to believe she has zero regrets, yet she writes this:

Part of me thinks the shadow aborted child stayed with me and created a space for the last one to be born. Does this mean I was plagued by abortion “regret,” as pro-life activists claim, or haunted by my decision? Of course not. I never felt like I had done something awful. The truth is, I hardly thought about it after I did it, because I was too busy working and raising two small children.

Rosin holds onto the memory of her aborted child, and carries that child with her while claiming that she has no regret. Yet she admits the only reason she didn’t think about her abortion afterwards was because she was simply too busy. That’s a very common way to deal with loss and pain, by focusing on other things and keeping our minds occupied. But it doesn’t mean the pain isn’t buried inside.

Rosin and Pollitt place money and careers ahead of the lives of innocent children and fail to see that we cannot have a healthy society when we do this. The social good that they believe comes from abortion is really a social evil which will lead us to a world of people who hold no value for life and will exert their power over anyone they consider weak.