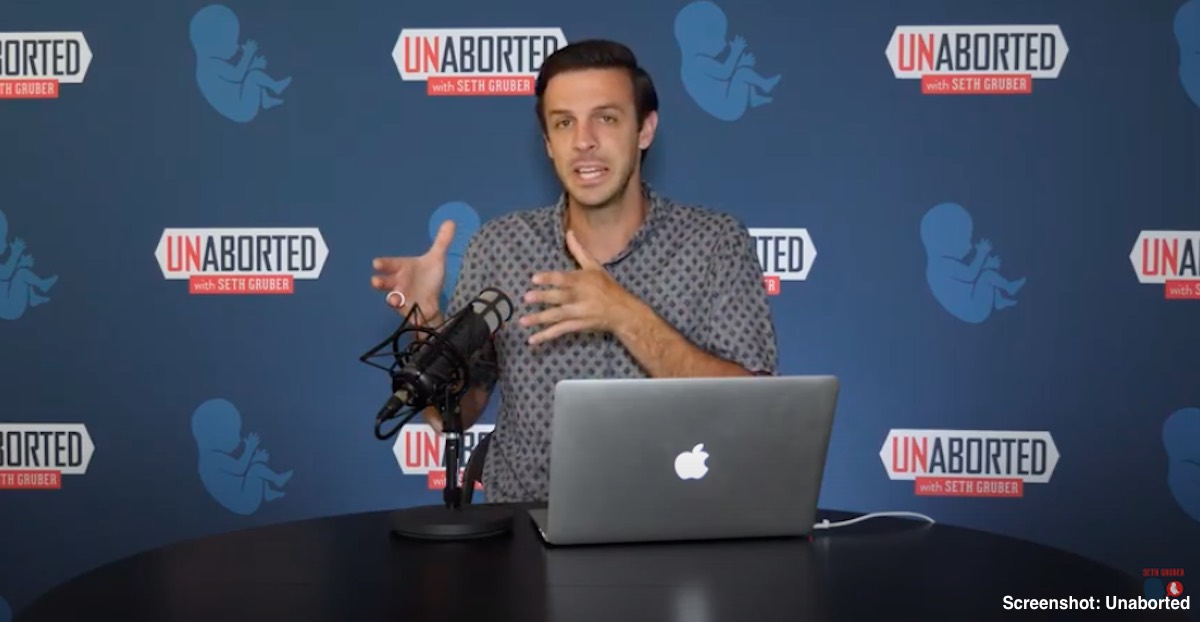 “Live Action’s new investigative video exposes an unbelievable amount of bigotry wrapped up in the history, the founding, of the abortion pill and those involved with it,” Gruber said.

The abortion pill is a regimen of two pills: mifepristone, which cuts off the baby’s nutrient supply and starves the baby to death, and misoprostol, which induces contractions and expels the dead baby from the mother’s body.

In his podcast, Gruber also explains how the abortion industry has taken advantage of the COVID-19 restrictions to push for an expansion of telemedicine abortion, which poses serious risks for women. As previously reported by Live Action News, under the current FDA Risk Evaluation and Mitigation Strategy (REMS), women undergoing an abortion using the abortion pill are required to have an in-person visit. However, a judge recently suspended this requirement for the duration of the pandemic, and the FDA is challenging this ruling.

Dispensing the abortion pill using a “no-test” protocol endangers women because it does not require a medical professional to accurately date the pregnancy using ultrasound, instead relying on the mother’s recollection of her last menstrual period. It also puts women at risk by not checking for ectopic pregnancy, a potentially life-threatening situation. If the baby is of a greater gestational age than the recommended age for use of the abortion pill, there is an increased chance of an incomplete abortion, which can cause severe complications.

Gruber then turns to the history of the abortion pill, which was first manufactured in Europe by Roussel Uclaf. This company has an interesting link to the infamous manufacturer of Zyklon B, a chemical used in gas chambers in Nazi concentration camps.

Gruber connects the ideology of the American eugenics movement with the introduction of the abortion pill in the United States – a fact noted previously by Live Action News. Gruber notes in his podcast:

It’s interesting that if you accept the bigotry that some humans are not persons you’ll also accept bigotry to utilize abortion to rid the world of those you deem unfit to live. Interesting how ideas tend to have consequences and those who hold those ideas tend to consistently apply those in a way that attacks innocent human beings who have done nothing.

That movement, while no longer overt, arguably continues today under the guise of population control. Gruber points to Live Action’s investigation of the billionaires who have funded and continued to finance the abortion pill:

These same powerful men and their foundations are paying for the studies purporting to show that the abortion pill is “safe” for women.

Gruber notes how preposterous it is to claim that the abortion pill, which ends the life of a preborn child and endangers the mother’s life, is safe. Yet this is precisely what the abortion industry is attempting to claim in pushing for at-home abortions. The motive, Gruber claimed, can only be financial gain.

He added that the same women the abortion industry claims to serve “end up becoming pawns in their game to secure the right to increase the sales of abortion.”

Gruber directed listeners to Live Action’s petition calling on the FDA to ban the abortion pill and called on his audience to counteract the misinformation peddled by abortion activists.

“We need to engage in that culture war, to paint a better picture, one that reflects the reality that all human beings are equal in dignity and worth,” he said. “And we share that dignity and worth because of a human nature that we had at the moment of conception, not because of our functions or capacities, which is the idea of Nazism, the idea of eugenics.”