Yesterday, NBC News published an opinion piece by Travis Rieder, a Johns Hopkins bioethicist, who suggests that people must stop having children in order to be truly “moral.” Rieder has peddled this idea before on Netflix’s “Bill Nye Saves the World,” where he stated we should “encourage our culture and our norms to change” regarding the idea of children. Note that he’s not suggesting that we change our culture to “stop killing each other” or “stop wars,” or anything of that sort. No, in order to save the planet from the disastrous effects of climate change, we must simply stop reproducing.

The idea that people should have fewer children has been around for a very long time — but the reasoning behind it continues to change. In the early 1900s, population control for the “unfit” was the hallmark of the eugenics movement; today, population control is clothed in the garments of the environmentalist.

As I wrote in September, Planned Parenthood founder Margaret Sanger, a eugenicist, wrote “a publication… in which she stated, ‘Women of the working class, especially wage workers, should not have more than two children at most.’ More children than two, she wrote, ‘are not really wanted,’ adding that ‘women of intelligence’ are those who prevent too many pregnancies.”

Rieder believes that “[h]aving a child imposes high emissions on the world, while the parents get the benefit. So like with any high-cost luxury, we should limit our indulgence.” This perspective — that children are some sort of excessive “luxury” — is the sort of attitude espoused by Margaret Sanger in her writings. She wanted people to apply to eugenics boards for permits to procreate. With his lack of positivity about children, one has to wonder if he might support something similar.

Rieder later writes, “I am certainly not arguing that we should shame parents, or even that we’re obligated to have a certain number of children,” but this statement seems disingenuous at best, because Rieder spends his article lecturing about how “[i]f having one fewer child reduces one’s contribution to the harms of climate change, the choice of family size becomes a morally relevant one.”

Eugenic philosophy is utterly blind to the value of individual human beings — it only sees people as liabilities. Rieder’s ideas are not new; therefore, we know where they lead: death.

Assisted suicides, abortions, and the so-called “mercy killing” of disabled human beings are all part of the culture that views people only as liabilities — and when life choices are taken away from individuals and given to the State, this eugenic/population control death culture leads to euthanasia, forced abortions, forced sterilizations, and the like.

Eugenicists and population control advocates who started Planned Parenthood were so devoted to this philosophy that one even congratulated one of the most infamous eugenicists of all time: Adolf Hitler. Live Action News’ Carole Novielli writes, “Dr. Charles F. Dight was the president of the Minnesota Eugenics Society when he wrote a letter to Adolf Hitler in 1933, wishing him success in ‘stamping out mental inferiority among the German people,’ noting the Nazi leader’s efforts would ‘advance the eugenics movement in other nations as well as in Germany.'” Dight was a member of the Minnesota Birth Control League (the forerunner of Planned Parenthood of Minnesota).

Many organizations are dedicated to controlling the world’s population (including Planned Parenthood), and sadly, have been guilty of inhumane acts against their fellow man in order to achieve their aims. Groups like the Population Council, founded in the U.S. by J.D. Rockefeller III, continue to fund death. (Novielli quotes author Edwin Black, who wrote that the Rockefellers actually “helped found the German eugenics program and even funded the program that Josef Mengele worked in before he went to Auschwitz.”) 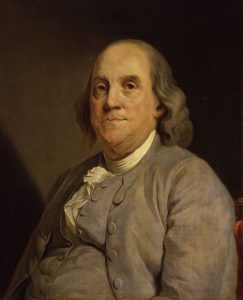 You’d never know it to speak to a eugenicist, but many human beings have impacted this world in positive ways — yes, they actually benefitted someone other than just their parents, Mr. Rieder! Had their parents subscribed to the “ideal” two-child family size, they wouldn’t have existed. A handful of examples:

Just like these people from history, children are being born this very day who will positively impact the future of our world.

Despite NBC News’ horrendous title (“Science Proves Kids Are Bad For Earth. Morality Suggests We Stop Having Them”), the pro-abortion media has shown repeatedly that they don’t care about science (and certainly not morality!) when it doesn’t suit their agenda. For example, reporting on abortion is always the same: use dehumanizing terms, ignore the science of fetal development (seen in video below), pretend the horrors of abortion don’t exist, and cover for Planned Parenthood without ever fact-checking the organization. Somehow, I don’t think we should be taking morality advice from these people.

Rieder’s type of thinking often leads to the elevation (and even adulation) of other types of life on earth, to the denigration of human life. Britain’s Prince William, who recently came under fire when the public learned that he and his wife were having a third child, recently spoke before Tusk, an African wildlife conservation organization, saying that “there is no question” that “Africa’s rapidly growing human population… puts wildlife and habitat under enormous pressure. Urbanisation, infrastructure development, cultivation—all good things in themselves, but they will have a terrible impact unless we begin to plan and to take measures now.”

There’s nothing moral about that.