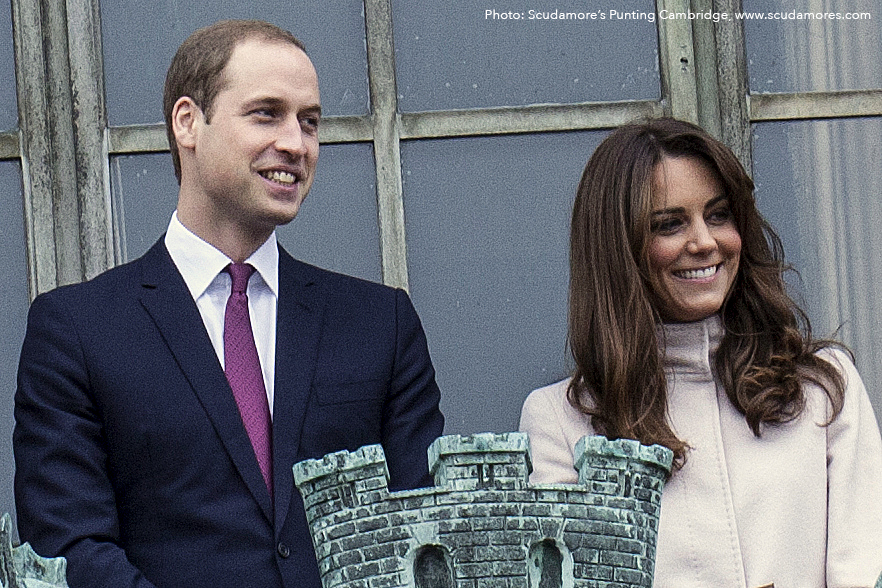 People across the world are celebrating today after Kensington Palace announced the birth of Prince William and Kate Middleton’s third baby. Middleton went into labor at approximately 6:00 in the morning, and the baby was born just a few hours later, at 11:01 am. The child is a baby boy, and is 8 pounds, 7 ounces.

The announcement was made on Twitter this morning, as millions of people waited anxiously to hear news of the latest royal baby. The Royalist Town Crier also took to the steps of the Lindo Wing of St. Mary’s Hospital, where Middleton delivered, to announce the news, first calling out “God save the Queen” before giving the news of the little prince. 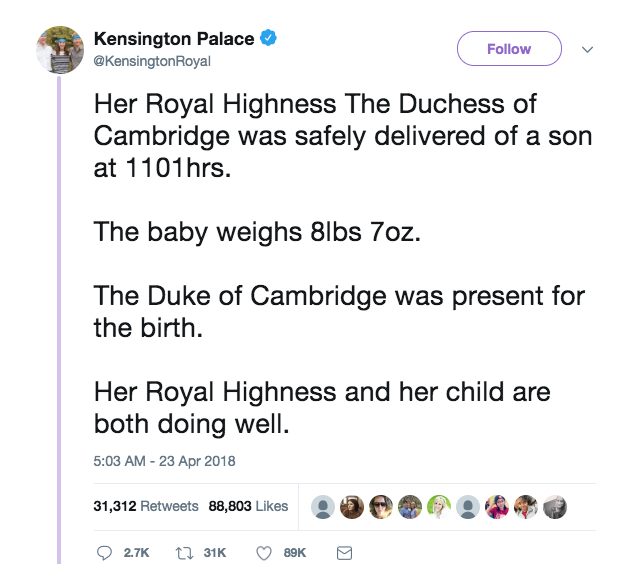 About two hours after the birth, an official notice was posted on an easel in front of Buckingham Palace, as per tradition.

A notice has been placed on the forecourt of Buckingham Palace following the announcement of the birth of The Duke and Duchess of Cambridge’s third child.@KensingtonRoyal pic.twitter.com/82ZCB7F2aQ

Fans of the royal family remain camped out in front of the Lindo Wing, hoping to be there for the moment when the royal family leaves the hospital and gives the first glimpse of the baby to the world.

Middleton’s pregnancy is notable because the Duke and Duchess of Cambridge have broken a 58-year streak within the royal family of couples having two children or less. Middleton also has publicly detailed her struggles with hyperemesis gravidarum with each pregnancy, causing her to be hospitalized. Yet despite the incredibly difficult condition, Middleton has continued to have children, bucking tradition and societal expectations.

Surprisingly, the couple has faced criticism from some for having a third child, with some groups arguing that it’s irresponsible for them to have more children, as it sets a “bad” example.

“We did so to encourage them to set an example of the most effective thing possible to mitigate climate change and protect the future,” small family advocacy group “Having Kids” said after an open letter it published criticized the royal couple for considering more children received huge backlash. “[W]e don’t have to always rely on celebrities to lead by example. Changing this world for the better does not happen overnight.”

Yet the reaction from people around the world shows that new human life is still celebrated and cherished, as it should be.