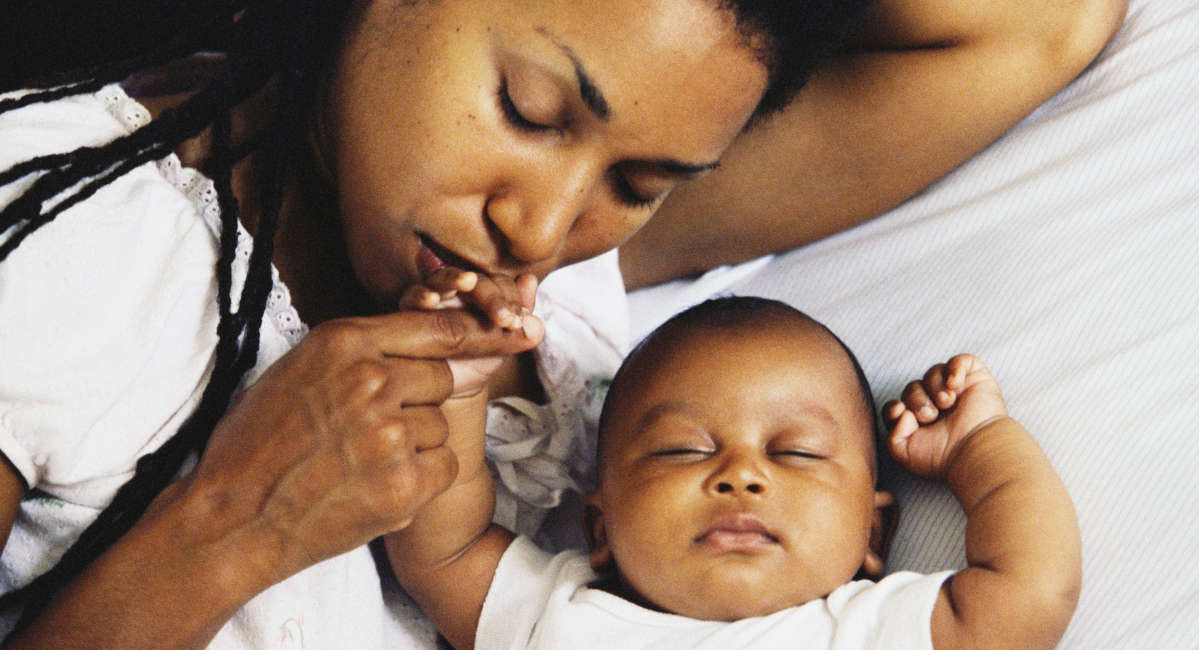 One intellectually lazy and false accusation abortion advocates frequently make against the pro-life movement is that pro-life individuals do not care for people once they are born, or that they stop caring about children after birth. But in reality, this has zero basis in truth and assumes that offering abortion — the homicide of an undelivered child — is equivalent to offering a born person actual “care.” But killing human beings is not a solution to a need or problem.

Another crucial method of assistance is through pregnancy resource centers (PRCs). Many pro-life individuals offer millions of volunteer hours, help, and assistance in their communities through these centers. Though continually lambasted by the abortion industry and its allies, PRCs assist women and save lives with services completely free of charge. These centers operate almost entirely on donations, and offer practical assistance to families in need.

According to Heartbeat International, there are 3,000 of its affiliated pregnancy help locations worldwide. The group has received more than 5 million calls to their life saving “Option Line” since 2003. The PRC Network also hosts a World Wide directory of 7,000 life-affirming pregnancy help service provider locations.

In their 2021 annual report, the PRC CareNet network says its centers have helped to save nearly one million lives in the past 13 years. The network has grown to over 1,200 life-affirming affiliated pregnancy centers, serving nearly 460,000 clients in 2020 alone.

Breakdown of services and help PRCs provided in 2019: 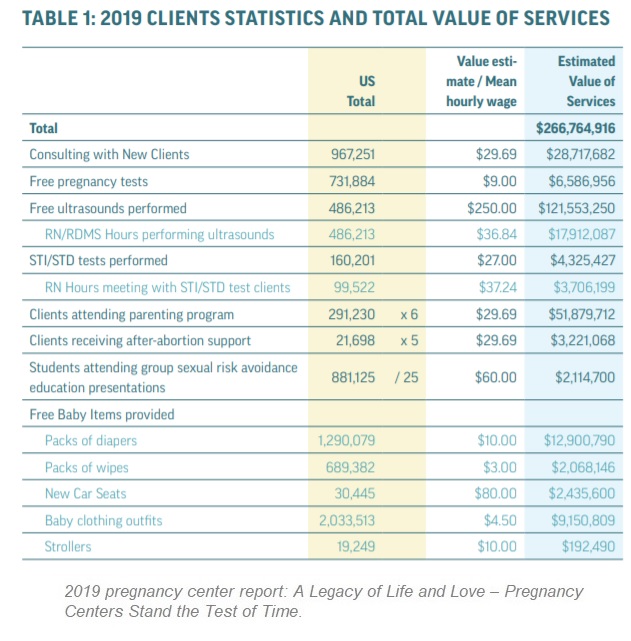 Those offering this free support included, according to the report…

In addition, there are approximately 400 maternity homes in the U.S., offering help, hope, and housing for moms in need.

Unlike Planned Parenthood, PRCs assist women who choose to parent with classes about childbirth, parenting, financial literacy, and even anger management. Most centers work with organizations that coordinate help with housing, jobs, bill payment, and more. Centers also range in terms of the free items they provide, from offering diapers and baby clothes to bigger-ticket items like car seats, cribs, and strollers.

PRC clients appear to be grateful for the services they receive.

In one survey, Live Action News noted that over 90% of pregnancy center clients reported “the highest level of satisfaction with the services they received.”

The American public has been led to believe that abortion facilities provide needed medical care to women, but the report, “Abortion service delivery in clinics by state policy climate in 2017,” funded by an “anonymous donor” and published in the pro-abortion Journal Contraception, tells a different story. The report used data from Planned Parenthood’s former “special affiliate,” the Guttmacher Institute, regarding all known US abortion facilities that provided abortions. It found that of the 808 abortion providers categorized by Guttmacher as “clinics,” which provided 95% of all abortions in 2017, just 27% offered general health care while only 18% offered any type of prenatal and/or obstetric care.

Out of those categorized as “specialized abortion clinics” — which commit 60% of abortions — and where half or more of patient visits were for abortion services, just 11% offered general healthcare and only 5% offered prenatal and/or obstetric care.

In the “nonspecialized clinics” category — which commits 35% of all abortions and where fewer than half of patient visits were for abortion services — those numbers improved slightly with 36% offering general healthcare and 25% offering some kind of obstetric or prenatal care.

In other words, “clinics” at which less than half of their patient visits were abortion-related (nonspecialized clinics) were those that offered more health care options than the ones committing the majority of abortions.

A recent research paper has found that pregnant women considering abortion who visit a CPC/PRC are about 20% less likely to choose abortion than pregnant women who don’t visit one. This may be why the abortion lobby wants to shut down these important resources for women.

Data show that abortion facilities are on the decline.

According to a separate pro-abortion report, in the past 42 years, abortion facilities have declined over 72% (from 2,749 in 1978 to 780 recorded in 2020). It goes onto to claim that “Today, crisis pregnancy centers outnumber abortion clinics nationwide by an average of 3 to 1.10.”