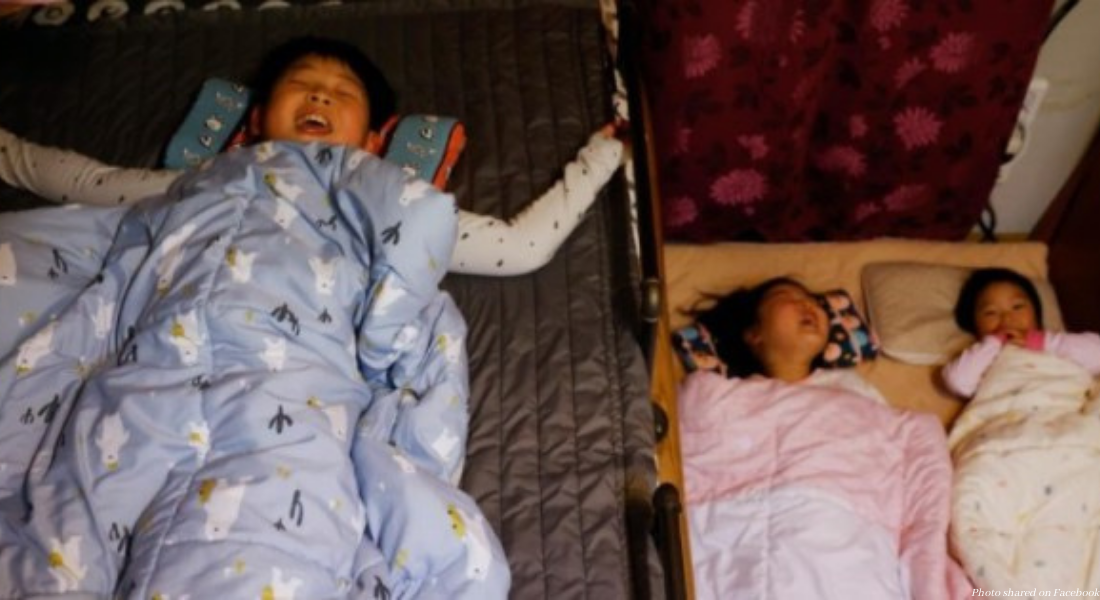 A Reuters report is shining a light on a demographic crisis that has struck South Korea, where the death rate is now higher than the birth rate. But one island, in particular, highlights the problem in a devastating way.

On Nokdo island, there are only three school-aged children left. Ten-year-old Lyoo Chan-hee told Reuters that his best friend is a 66-year-old man named Kim Si-young. “It would be great if I have more friends here because I can have more options to play,” he said. “He (Kim) always calls me and shares whenever he is having something delicious.”

Instead of playing sports with children his own age, Chan-hee plays badminton with Kim. In 2006, the island’s only school closed, because there were so few children left to attend. “I cried so much,” Kim said of the school being shut down. “I want to protect Nokdo but it’s depressing to see fewer and fewer people here.”

Kim explained that Nokdo’s birth slump began when South Korea began heavily promoting a family planning program to its residents in the 1970s and 1980s, urging people to be sterilized. “When we went for military training some of us used to undergo vasectomy to curb population growth,” he said. “Some got their wives to get it done.”

Chan-hee’s father, Lyoo Geun-pil, is 42, and hopes to attract more people to come to Nokdo, which he describes as a “heavenly place.” But even he worries that he and his family will be forced to leave, due to the lack of possibilities for his children to receive an education. “My first one (Chan-hee) needs to go to a middle school in two years,” he said. “I want to give some hope (to folks on the island) by finding a way to give middle school education to Chan-hee from here.”

There are currently 51 million people living in South Korea; half of them live in Seoul, the nation’s capital. The Bank of Korea is also issuing warnings that South Korea will soon become the oldest country in the world, passing Japan, as the fertility rate is plummeting faster than expected. South Koreans are increasingly choosing to have only one child, if they choose to get married and have children at all. “If I have to choose between having a career and raising a child, I have no doubt whatsoever that I will choose my career,” Lim Yu-jin, a university student, told the New York Times. “I am not going to let child-raising block my career.”

The Korea Times even recently published an editorial which claimed, “[O]ur country is not a good place to live in, so passing down the burden to our children is not preferable.”

Many throughout the world have promoted population control measures, focusing largely on African and Asian countries. It is only this year that people are beginning to admit that this is an agenda based in racism, not fact, and it’s had devastating consequences. It has led to plummeting birth rates even in European and North American countries, which then leads to fears of economic collapse. In more extreme scenarios, such as in South Korea, people are pressured to be sterilized; in China, it is not uncommon for women to be dragged off the streets or out of their homes and forced into abortions.

World leaders who have promoted population control must begin embracing children, with pro-family incentives and life-affirming assistance for women experiencing unplanned pregnancies. Because if nothing changes, the consequences could be dire around the entire globe.