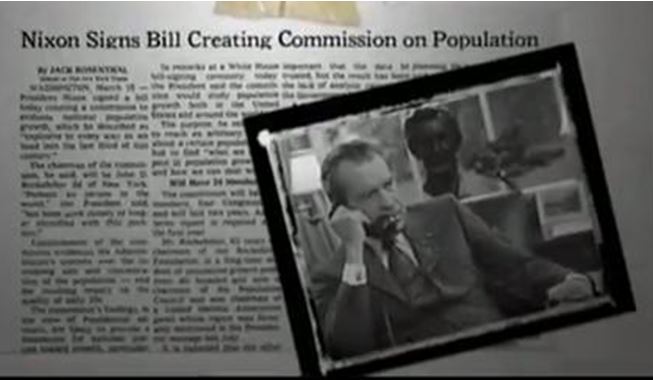 Live Action News’ series on Title X and the formation of federally funded population control programs has documented that the push for government dollars in the 1960s was derived from a eugenics-based effort to limit the populations of “low income,” impoverished communities. During this time frame, many within the population control community, including Planned Parenthood, were concerned about overpopulation, and some would argue the concern was focused disproportionately on minorities. This concern wasn’t new for Planned Parenthood, which has a history steeped in eugenics, an ideology that manifested itself in many ways, including the forced sterilization of many Black citizens. As Live Action News previously reported, many within Planned Parenthood’s organization and other population control groups thought coercion might be needed to stem the growth of people groups they deemed “unfit.”

Part two of the series noted how the Lyndon B. Johnson Administration began touting federally funded “family planning,” a term perceived to be more acceptable than “birth control” (emphasis on “control”) to the Black community. But it was under the Richard Nixon administration that these population control programs grew. Years later, it became public knowledge that President Nixon had made racist statements towards the same population groups these programs were created to “help.”

In the clip below from the documentary about eugenics, Maafa21, you can hear actual recordings of then-President Richard Nixon discussing the growth of the Black population with members of his staff. These discussions center around the legalization of abortion, but some believe they may also shed light on Nixon’s push for federally funded population control programs.

A partial transcript is below (warning – offensive language):

Nixon: ” … as I told you –  we talked about it earlier –  that a hell of a lot of people want to control all the Negro bastards.”

Nixon: “You know what we are talking about – population control?”

Nixon: “We’re talking really – and what John Rockefeller really realizes – look, the people in what we call the “our class” control their populations. Sometimes they’ll have a family of six, or seven, or eight, or nine, but it’s an exception.”

Nixon: “People who don’t control their families are people in- the people who shouldn’t have kids...”

In her writings from the Pivot of Civilization, Planned Parenthood’s founder, Margaret Sanger, a known member of the American Eugenics movement, states, “Surely it is an amazing and discouraging phenomenon that the very governments that have seen fit to interfere in practically every phase of the normal citizen’s life, dare not attempt to restrain, either by force or persuasion, the moron and the imbecile from producing his large family of feeble-minded offspring.” 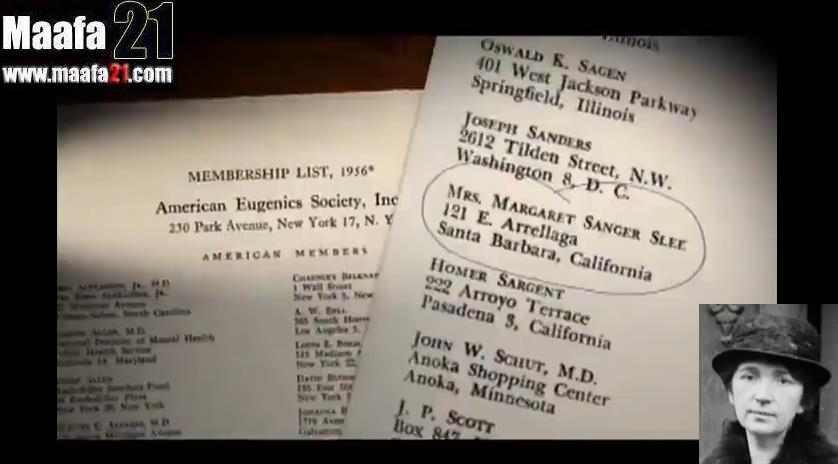 In America, as early as 1929, Sanger was calling for a federal commission to study population, “both in its qualitative and quantitative aspects” for the purpose of protecting the “purity of our national blood-stream” and preventing the overcrowding of “public institutions with public wards at enormous economic loss.”

Franks and other authors detail those who went on to call for the study of population, leading up to the Nixon administration in the 1970s.

In 1968, George N. Lindsay, chairman of Planned Parenthood-World Population (as it was known then), urged President Richard Nixon to make more federal money available for poor people’s “family planning.” This move was in line with Planned Parenthood’s “blueprint” to force the taxpayer to fund population control programs.

READ: Speaker reminds UN population commission: Each of us ‘began as an embryo’

The next year, 1969, the so-called “Planned Parenthood blueprint” was underway, and was referred to as “the ghetto approach” by the New York Times:

Whatever the merits of the argument, the ghetto approach is now the federation’s chief thrust, and it is also the policy of the Federal Government, which since 1966 has undergone a dramatic reversal,  moving from almost no action on birth control to a proposed expenditure in 1969 of $31 million. Last month the Department of Health, Education and Welfare (HEW) recommended the adoption of Planned Parenthood’s “blueprint” for supplying free birth control devices to some five million American women below the poverty line.

Planned Parenthood’s “blueprint” called for an expenditure of about one percent of the nation’s health budget, with an anticipated $78 million from taxpayers in 1970. It also called for an expansion of hospitals’ family planning services as well as programs financed by the federal anti-poverty program.

Then, in a July 1969 speech, President Nixon stated, “It is my view that no American woman should be denied access to family planning assistance because of her economic condition.” He then called upon Congress to “establish as a national goal the provision of adequate family planning services within the next five years to all those who want them but cannot afford them….” 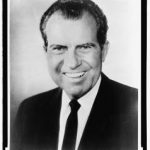 Programs like this raised red flags with members of the Black community, already struggling for power and equal rights. It became increasingly obvious that the Black community was most suspicious of population control programs funded by the government. In September 12, 1968, when the news hit that $500 million in U.S. foreign aid dollars would be used to disseminate birth control, journalist Drew Pearson noted in the Press-Courier, “Many black militants also see the government’s participation in birth control programs as “black genocide.” As one militant put it to this columnist: “Whitey is trying to get us before we’re born.” In some U.S. cities, the government finances clinics where disadvantaged persons get instruction in family planning and are given contraceptives free of charge.”

This clip from the documentary film Maafa21 details additional concerns expressed by those within minority communities:

To quell suspicions of “Black genocide,” Planned Parenthood, which was vying for those federal dollars, began adding African American leaders to its board. This move was described by an insider named Jeannie Rosoff, in an interview she conducted with Rebecca Sharpless in 2001:

There were always some preachers, black preachers, who kind of thought that the practice of family planning would encourage immorality somehow. That was one small strand. And then there were a lot of, I think, activist black men—and some women— who essentially thought, ―The more of us, the better. The way to improve the racial situation is by numbers. So that it’s fine to have all these babies. And when things began to spoil in the late sixties, with the Martin Luther King assassination, the Black Panthers, and the Black Power movement, then it sort of just went from, ―We should have all the babies with guns on the street, to, ―Anybody who tries to stop us from having babies is genocide. So that was another element of the opposition. And it was not easy for a group like Planned Parenthood, a basically all-white group, very upper-middle class, to deal with this and to deal with this and argue at public meetings and essentially say, ―Can it. It‘s not right and it’s not true. Planned Parenthood at that time hired a sort of ambassador to the black community on the assumption that nobody could argue with blacks except blacks. So they had to find somebody black to rebut this. You know, my feeling was that if you feel sure of your ground, then you should be able to argue the case even though it‘s very uncomfortable. 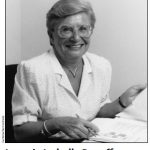 According to a 1968 New York Times article, Planned Parenthood elected its very first Black board chairman Dr. Jerome H. Holland, who, according to media reports, “pledged his support for the group’s program, saying that those who call birth control a form of genocide are ‘not aware of the real meaning of family planning and its uses.’” 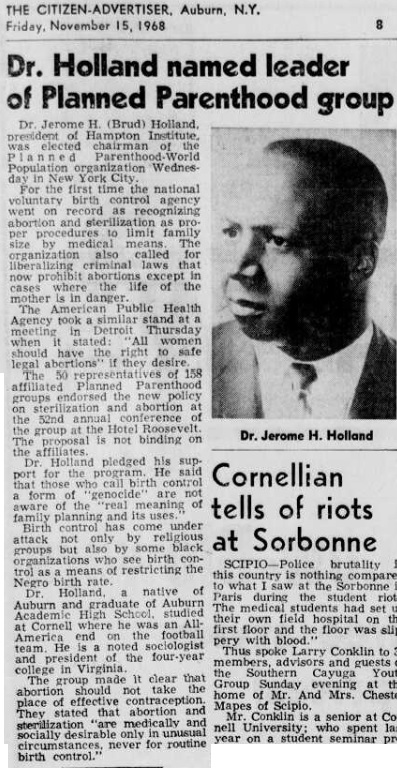 First Black Chairman of Board elected by Planned Parenthood, 1968

Holland was no stranger to Planned Parenthood. He had been on the general board of directors for some time, serving on the executive committee of Planned Parenthood-World Population by 1963. He served as vice-chairman in 1967, where he presented Planned Parenthood’s infamous Margaret Sanger award to John D. Rockefeller III, also a population control advocate who was pushing federally funded “family planning.”

Holland was also added as chairman of the board of Guttmacher’s newly formed Center for Family Planning, which would later be named the Guttmacher Institute and become a “special affiliate” to Planned Parenthood. The Center for Family Planning Program Development, later renamed for Alan Guttmacher, was considered the watchdog agency over federally funded family planning programs, according to the previously mentioned interview by Rosoff.

READ: Westerners like Prince William push population control in Africa, but at what cost?

According to a 1971 report by the New York Times, a survey conducted by the Center for Family Planning Program Development alarmed the backers of federal programs when it discovered that just one out of five “medically indigent women of child bearing age was receiving subsidized family planning services in 1969.”

“So we then went for a really brand-new piece of legislation which is what became Title X of the Public Health Services Act. It was totally focused on family planning, with independent funding,” Rosoff said.

The Guttmacher/Planned Parenthood insider then described how the Title X push actually came about — and all indications by her words are that Planned Parenthood, through members of its “special affiliate,” the Guttmacher Institute (founded by the VP of the American Eugenics Society) sought out a political spokesperson to push what would become the Title X Family Planning program. Who was that political spokesperson? Rep. George H.W. Bush, who became president after Ronald Reagan.

Read parts one and two of this series. In part four, Live Action News will show how the creation of the Federal Title X Program was manipulated by people within the Planned Parenthood and Guttmacher organizations. Additional articles on Title X’s history include Planned Parenthood’s Blueprint and George HW Bush’s relationship to Title X and Planned Parenthood.