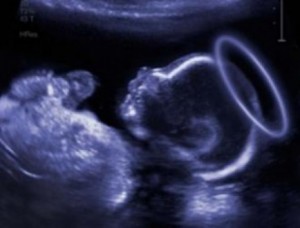 Pro-aborts periodically take time off from hating religion to remind those of us nutty enough to think God values the children He creates that they’ve got believers on their side, too. ThinkProgress’s Tara Culp-Ressler provided a refresher course on “the religious abortion advocates that history forgot,” casting these clergy for child-butchering as selfless underdogs on a vital divine mission. Yes, really:

The New York legislature had just failed to pass an incremental reform to the state’s strict anti-abortion law, leaving the status quo in place. At that time, deaths resulting from illegal abortions accounted for 42 percent of New York City’s maternal mortality rate. While wealthy women could use their “connections” to have illegal yet safe abortions performed in hospitals, less privileged women didn’t have that option. According to a survey of low-income women who had abortions in the 1960s, eight in ten said that they had attempted a self-induced procedure, and only two percent said that a trained physician was involved in any way.

The first thing that stands out is that the link in Culp-Ressler’s 42% number goes to, er, SocialistWorker.org. Yikes.

It’s usually a bad sign when an author is already citing full blown, red-fist, self-professed Marxists just three sentences in. As such, it’s unsurprising that key details of illegal pre-Roe abortions, like the vast majority of them actually being performed by qualified doctors or the death toll’s decline having more to do with antibiotics than legalization, go unmentioned.

She goes on to chronicle the work of pastors and rabbis who, according to pro-abortion academic David Grimes, “just could not stand by and witness the carnage continuing on that scale.” If you’re waiting for an explanation of how we can make the leap from “we’re called to save these women’s lives” to “we’re called to end their babies’ lives,” you’re going to be disappointed.

Despite purporting to introduce us to a legitimate part of the Judeo-Christian tradition that has been unjustly exiled from mainstream organized religion, nowhere in Culp-Ressler’s piece will you find a theological argument for abortion’s permissibility, or a scriptural quote that explains why the unborn don’t count as God’s children after all. As notoriously shoddy as such efforts are, it’s telling that nobody she interviewed even tried. It’s scandalous enough when secular pro-aborts try to skirt the issue by simply ignoring their victim, and doubly so for those who supposedly accept that those victims are made in God’s image.

What these heroic Herods do have are plenty of superficial platitudes, with only the thinnest link to the actual contents of the Bible:

[Religious Coalition for Reproductive Choice president Rev. Harry] Knox said that many of his colleagues decided to get involved with RCRC after witnessing “a complete lack of compassion” in today’s conversations about abortion among people of faith.

He never sees compassion from the pro-life side of the conversation? Either Knox hasn’t been paying attention, or he’s bearing false witness against his neighbors — which would be no surprise, considering he’s already broken the commandment about murder by spearheading abortion advocacy.

“As faith leaders, we all feel literally called — and supported by spirit on a daily basis — to model something different in the face of this overwhelming message to people that they’re not enough, that they’re not loved, and that in fact they’re hated,” Knox said. “Our message is that you are loved, loved, loved. God loves women who have abortions.”

Of course He does. But that doesn’t mean He loves their abortions. In fact, it’s Christianity 101 that God loves us in spite of the evil we do, not because of it. That was the whole point of Christ’s birth, death, and resurrection — “For God so loved the world that he gave his one and only Son, that whoever believes in him shall not perish but have eternal life.” It was to save us from our sins, and to twist that into the Holy Spirit calling on us to support sin is a special kind of vile.

“We believe that women are good, created in the image of God, and able to make difficult decisions. We believe this power to make personal decisions is good and given to us by God,” [Missouri-based “reproductive justice” outfit] Faith Aloud explains in the section of its site devoted to its counseling services.

No pro-lifer disagrees with any of that, but how does it make abortion godly? No rational person would conclude that because God endowed us with decision-making abilities, whatever decision we make therefore has His unconditional approval. That obviously wouldn’t justify stealing, killing, raping, committing adultery, lying, cheating, or any other wrong one might be tempted to do. So why does it deserve any respect as a defense of killing your son or daughter?

“We have embraced reproductive justice as the frame for how we do our work,” Knox told ThinkProgress, referencing the intersectional framework that has been put forth by women of color. “Central to that effort is making sure — as Jesus Christ did, and as the leaders of all of our major faiths did — that the people at the margins are always brought into the center of the conversation.”

Another utter non-sequitur. Not only are there no pro-lifers trying to “exclude people at the margins from the conversation” (whatever that means), we’re the ones giving platforms to those whose abortion experiences the abortion lobby would prefer to marginalize.

It’s often possible to draw parallels between those personal stories and the major themes that arise in the Bible, like Jesus ministering to prostitutes rather than passing judgment on the choices they previously made.

But just by clicking the link, one sees a very different picture. Yes, Jesus ministered to those whom lesser figures would want nothing to do with, telling them, “Your sins are forgiven.” But note that He still calls it sin. The behavior is still wrong; indeed, the entire idea of forgiveness makes no sense if there’s nothing to forgive in the first place. And as usual, those trying to hijack Christianity for abortionism are only giving half the picture: Jesus forgives sinners, but still tells them to “go and sin no more” afterward.

Rev. A. Faye London, the interfaith outreach coordinator for [Tennessee-based] SisterReach, said. “We moved toward an ending of Jim Crow by connecting with the Exodus story and people being brought out of slavery by the hand of God. So we look at some of these stories that challenge our traditional beliefs” […]

“We saw that in the Clergy Consultation Service — we’re repeating history by doing the work in this way,” [SisterReach CEO Cherisse Scott] said.

Culp-Ressler couldn’t have picked a more fitting note to end this barbaric blasphemy on, because while there are indeed parallels to be found, these folks have cast themselves in the wrong roles. The truth is, they’re following in the footsteps not of Christian abolitionists, but of those Christians who stood with Jim Crow.

The Confederate Constitution, which enshrines “the right of property in negro slaves,” “invok[es] the favor and guidance of Almighty God.” Episcopal theologian James Warley Miles said the South was “working out a great thought of God — namely the higher Development and Humanity in its capacity for Constitutional Liberty.” Baptist preacher Richard Furman argued that “the right of holding slaves is clearly established by the Holy Scriptures, both by precept and example.” Indeed, ThinkProgress itself has noted elsewhere that Mississippi Sen. Theodore Bilbo claimed that “[p]urity of race is a gift of God . . . . And God, in his infinite wisdom, has so ordained it that when man destroys his racial purity, it can never be redeemed.”

Racist Christians rejected their Lord and Savior’s command to love all their neighbors as they did themselves, and twisted their own faith to excuse it. Though citing a more sympathetic group of beneficiaries than plantation owners, today’s Christians for “choice” are degrading God’s children and dishonoring God’s word just the same.