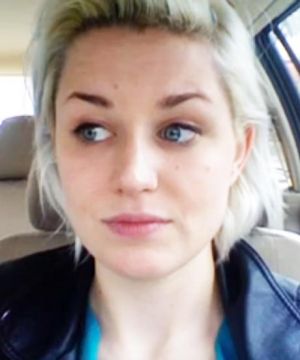 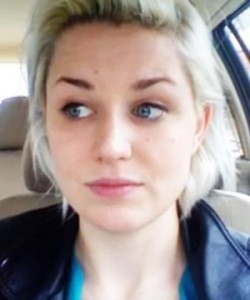 Everything about Emily Letts’s abortion destigmatization video is incredibly creepy, but by far the creepiest aspects are this quote:

It will always be a special memory for me. I still have my sonogram, and if my apartment were to catch fire, it would be the first thing I’d grab.

Now, for readers who didn’t hang up their analytical skills by the door, these sentiments raise some unavoidable and extremely disturbing implications.

Most of Letts’s video and Cosmopolitan column gives off a distinctly narcissistic vibe—all about “I” and “me,” with the baby being aborted treated like a total non-entity owed nothing, per feminazi doctrine. She “knew” that aborting her son or daughter “was right,” you see, “because it was right for me.” Case closed, to the point where she can reference an angry comment that “you killed your baby” and her only reaction is to whine that the commenter wasn’t more interested in “what I’m about.” No need to actually refute the claim that she killed her baby; the mere act of noticing that she did so is intrinsically “hateful.” Whatever guilt one might feel from offing their offspring is merely a byproduct of “society.”

And yet, in the above quotes, Letts herself is going out of her way to draw attention to the victim of her abortion, going so far as to express how much she cherishes a visual depiction of her son or daughter, the creation of whom fills her with “awe.” Personally, this massive contradiction reminds me of the way some serial killers collect mementos of their victims, but evidently none of Cosmo’s editors noticed.

So in short, she said more than enough to freak out the average person. But, as the following round-up of pro-abortion reactions to Letts’s stunt shows, you should never expect you’ve hit rock-bottom when dealing with pro-aborts—there’s always something even lower.

First, ThinkProgress’s Tara Culp-Ressler hails the video as a necessary counterweight to Hollywood’s supposed tendency “to portray [abortion] extremely negatively,” citing the absurd ANRISH study I dissected back in March, and claims her story “helps demonstrate the fact that abortion isn’t a barbaric procedure.” Um, no it doesn’t. Letts’s video doesn’t actually show the abortion. It shows her face while her son or daughter is being killed just off-screen.

Second, Abortion Care Network director Charlotte Taft writes on RH Reality Check that “there is little trust or respect for women in our society,” as evidenced by Dr. Drew asking Letts, “did you get pregnant in order to do this video?” At worst, this would be a sign of disrespect for Letts personally, not the general category of women—but hey, when your job is riding on a narrative of perpetual female persecution, sometimes you’ve gotta get…creative…with the truth.

Taft spends most of the piece on infighting among “pro-choicers,” but while it’s always hilarious when they lose the plot and turn on each other, what’s notable for our purposes is that she lazily dismisses pro-life criticism of Letts—i.e., the actual substantive areas of contention—by sneering, “I am not giving any of my energy to the people who think she ‘murdered her baby.’” Abortion’s not murder because I say so, and scare quotes are all the evidence I need. Real confidence in the merits of your position there!

Next, in a softball Huffington Post interview featuring her and Letts, Taft said:

It’s not just women’s right to have a safe abortion; it’s our responsibility to make loving and good decisions about whether to bring life into the world through our bodies. This is a huge decision, and sometimes that’s what’s trivialized by acting as though women who chose abortion are irresponsible. In fact, women who are deciding whether or not it is right for them to bring life into the world are the most responsible people, and we should be thanking them for caring so much about life that they take it seriously.

It’s hard to see how rational dialogue could be possible with someone who spins this perversely. News flash: once somebody is pregnant, she already has brought life into the world. Her child is already here. Pretending otherwise just because of the way an early embryo looks or because he or she is hidden inside mom’s body does nothing to make the idea of abortion as mercy killing any more justifiable than putting a three-year-old out of her misery because her parents “car[e] so much about life.”

Terminating an unwanted pregnancy can obviously produce exquisite relief and solve real problems. But does it count as a romantic expression of self-actualization? That seems like a harder sell […abortion] is incredibly safe and often very smart. It does not have to be sad, though it can be, and it should not be shameful. But joyous? Beautiful? Fulfilling? Are we ready for a brand of feminism that is not just pro-choice but pro-abortion?

So close to the rarest of all creatures, the self-reflective pro-abort…and yet, Waldman squanders this flagrant act of objectivity by turning around and concluding that the apparent contradictions are all pro-lifers’ fault:

You can’t shake this film free from the context of guilt and misinformation that still surrounds abortion. Media myths, especially conservative ones, turn the procedure into something bloody and traumatic, while pop culture tells us in hundreds of TV storylines that women who obtain abortions often die or get murdered. So while it maybe feels strange to watch and read about a woman so spiritually energized by the end of her pregnancy, her counter-narrative is the direct result of a world overflowing with false arguments against abortion. The reason we don’t create rosy, feel-good films about appendectomies is that no one contests the right to remove an inflamed appendix.

Letts, it seems, knows this. “Society breeds this guilt,” she writes. “We inhale it from all directions. Even women who come to the clinic completely solid in their decision to have an abortion say they feel guilty for not feeling guilty.” Her video, though not quite an advertisement for abortion, explicitly sets out to diffuse some of the pain and confusion that clouds the issue. And because the anti-choice myths are strong, the resistance fierce, the corrective must be too.

Never mind, of course, that abortion is murder even when the mother is convinced it isn’t (after all, as liberal secularist icon Neil deGrase Tyson is fond of saying, “the good thing about science is that it’s true whether or not you believe in it”); that more women find abortion traumatic than Letts and Waldman would have you believe, or that “no one contests the right to remove an inflamed appendix” because removing an inflamed appendix doesn’t kill anyone. (And seriously, what is it about that stupid TV study that captivates these people so?)

Disgusting though the Emily Letts spectacle may be, the fact that she could say and (possibly) do such things isn’t the scary part. Every generation of every society has had, and will continue to have, warped individuals who see no problem killing others for their own benefit. The scary part is when such people find members of so-called polite society to hang on their every word.