It’s surprising what you can learn about yourself. Recently, I learned that I’m on the same side as the Taliban… the Tennessee Taliban. 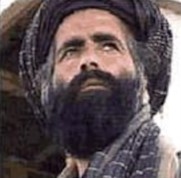 So who’s playing at the Grand Ole Opry tonight?

In June, a group known as Tennesseans for Preservation of Personal Privacy published an ad condemning Constitutional Amendment 1, a pro-life ballot initiative. The ad features a sinister looking man in a turban standing atop a frightened woman. Next to the pair is a caption that reads, “Vote NO on the Tennessee TALIBAN Amendment.”

The pro-life/Taliban comparison has always struck me as odd. Whereas the former movement is devoted to saving children, the latter is quite content to blow them up. Further, my fellow Live Action authors would seem to make poor Taliban recruits. If the Taliban is now accepting Marine Corps wives and atheist lesbians, then it has broadened its base to a remarkable degree.

Now, it’s certainly true that many pro-lifers are people of faith, frequently identifying as Catholics or evangelical Protestants. Believers often help protect innocent lives by contributing to pregnancy care centers, offering adoption services, and reaching out to those who have been damaged by abortion. However, it’s also true that not every church is on board with defending children in the womb. In fact, some denominations aren’t too concerned about those outside of it, either.

The Presbyterian Church USA (PCUSA) put out a publication called “Problem Pregnancies: Toward a Responsible Decision.” I have to wonder how much thought went into that title. After all, unplanned children must feel a little disconcerted when they come to learn that their church regarded them as a problem. I doubt those feelings improve any when they hear the solution.

The 182nd Presbyterian General Assembly proclaimed that “the artificial or induced termination of a pregnancy is a matter of careful ethical decision of the patient” and is something that “should not be restricted by law.” The point was reiterated in 2006 through a declaration stating, “Humans are empowered by the spirit prayerfully to make significant moral choices, including the choice to continue or end a pregnancy.” Apparently the spirit of God doesn’t stop at just turning water into wine; according to PCUSA, God also moves parents to turn their children into medical waste.

Jesus, it should be noted, had some rather harsh words for those who would harm children, so the idea that He would be fine with sucking a child through a tube during a vacuum aspiration or pulling one apart in a D&E sounds counter intuitive. Evidence compiled by Dr. Kanwaljeet Anand suggesting that a fetus can feel pain at 20 weeks gestation seems unlikely to increase the chances of divine favor.

Of course, none of that has kept PCUSA from supporting Planned Parenthood, America’s largest abortion provider. A PCUSA affiliated seminary went so far as to present Planned Parenthood CEO Cecile Richards with its “Lives of Commitment” award at a breakfast “honoring women who bridge religious divides, build community, and pursue justice.” Given that Planned Parenthood staff have been caught helping sex offenders conceal their crimes and offering to arrange involuntary abortions on underage child prostitutes, PCUSA’s understanding of “justice” must be quite unique.

And it doesn’t stop there. At this year’s General Assembly, a motion was put forward to  re-examine PCUSA’s position on abortion and its relationship with the groups that promote it. The motion also asked “the Moderator of the General Assembly and the Stated Clerk to issue statements that denounce the practice of killing babies born live following an abortion procedure, such as was revealed in the Dr. Kermit Gosnell clinic in Philadelphia.” That motion was rejected 465 – 133.

PCUSA isn’t the only faith group to bless the killing of society’s most vulnerable. The Religious Coalition for Reproductive Choice (formerly known as the Religious Coalition for Abortion Rights) partners with organizations like Catholics for Choice and the Methodist Federation for Social Action. Similarly, the United Church of Canada is a staunch abortion advocate that pushes “a moral responsibility not to bring an unwanted child into the world.”

Christians and other people of faith have a vital role to play in the pro-life movement. This includes selecting a church that is willing to protect innocent life. Jesus warned His followers about the danger posed by false teachers; PCUSA and other pro-abortion churches are proof that the danger hasn’t gone away.