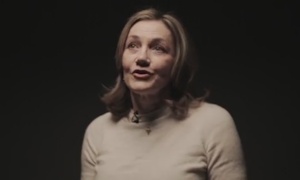 On May 4, 2011, Kevin Burke released this article to National Review. The piece is about an abortion that Aerosmith’s Steven Tyler instigated. Kevin is an expert on the relationship between men and abortion. He’s written about it extensively, and he helps men who have been affected by abortion to find healing through Rachel’s Vineyard retreats.

Abortion’s impact on men is an issue that is close to Kevin’s heart, and he has an ability to cut through statistics and facts about abortion and get right to what matters most: the individual person who is suffering from the abortion decision in which they were involved (or, in some cases, over which they had no power or even prior knowledge).

One of the individuals who saw Kevin’s piece was Julia Holcombe, the mother of Steven Tyler’s aborted child. Julia had parted ways with Tyler (and, consequently, the limelight) long before. But after seeing the article, she reached out to Kevin Burke, and re-emerged with a deeply personal pro-life message. Today, Julia mourns the coerced abortion to which she was subjected at a very young age, and speaks out about her story in the hopes that other children, women, and fathers will not endure the same experience. LifeSite News released the following video:

Here is an excerpt of the compassionately-written piece that gave Julia the motivation to come forward:

Tyler also reflects on his abortion experience in the autobiography. “It was a big crisis. It’s a major thing when you’re growing something with a woman, but they convinced us that it would never work out and would ruin our lives. . . . You go to the doctor and they put the needle in her belly and they squeeze the stuff in and you watch. And it comes out dead. I was pretty devastated. In my mind, I’m going, Jesus, what have I done?”

The Diagnostic and Statistical Manual of Mental Disorders defines a traumatic event as follows: “1. The person experienced, witnessed, or was confronted with an event or events that involved actual or threatened death or serious injury, or a threat to the physical integrity of self or others. 2. The person’s response involved intense fear, helplessness, or horror.”

Those who support abortion rights assure us that post-abortion complications are a myth. But Steven Tyler cuts through this fog of denial and lays it on the line: Jesus, what have I done?

This is the cry of a post-abortive father whose very intimate exposure to the reality of abortion fits the textbook definition of trauma — as set down by the very same American Psychiatric Association that assures us abortion is a safe procedure with no negative effects on a man’s or a woman’s mental health.

GO NUMB AND RUN
What happens to someone who is exposed to a traumatic event and fails to process the images and memories of that experience and heal the psychic wounds? The person is likely to go numb, run, and act out the unresolved themes of the trauma.

There is no easier occupation in which to react this way to post-abortion trauma than that of a rock star in the 1970s and ’80s.

After the abortion, Tyler began a torrid affair with Playboy model Bebe Buell while still seeing Julia, the mother of his aborted son. If you were wondering what happened to Julia (who is referred to as Diana Hall in the book) after this purportedly psychologically safe procedure, Bebe tells us: “There were many suicidal calls from poor Diana as they were breaking up. It was actually a pretty sad time.”

I know that I can’t go back and save my baby. But I can choose life now. I can be a mother who guards and protects her children now. I would encourage you, any woman out there who’s had an abortion and regrets it, do everything you can to end abortion. I feel that giving life to my children is the greatest gift that God has every given to me. – Julia Holcombe