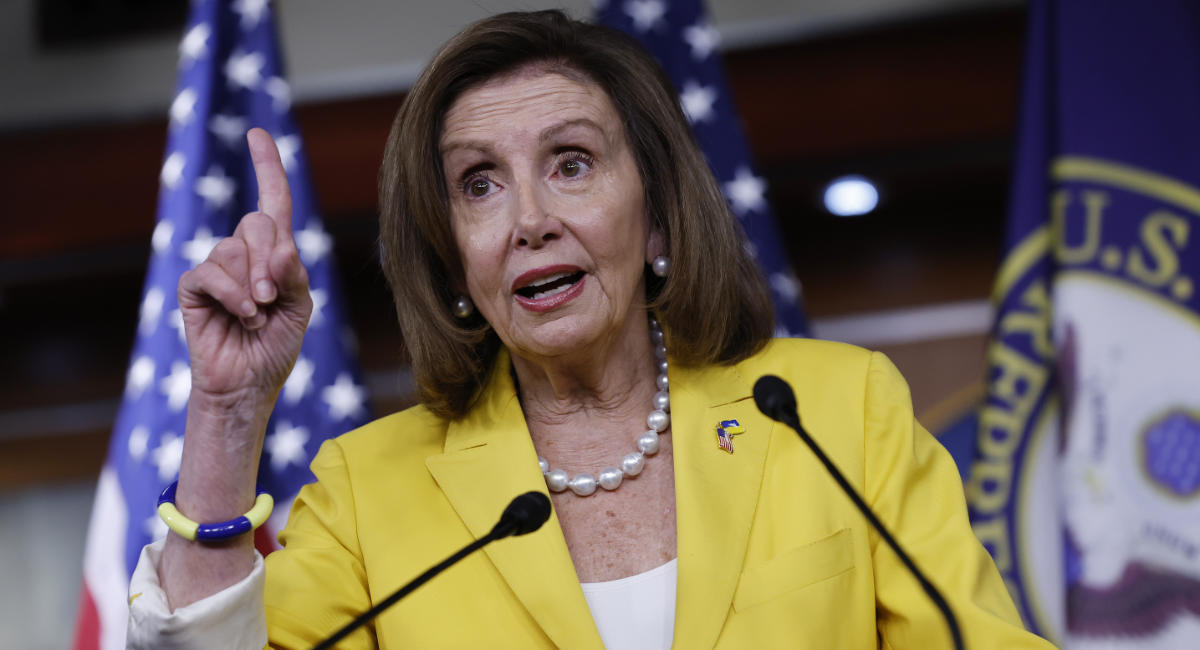 House Speaker Nancy Pelosi (D-Calif.), speaking to reporters on Thursday, was asked to respond to the Catholic position on abortion as murder, and to address the violent attacks against pro-life pregnancy centers and churches nationwide. Pelosi yet again used her purported Catholic faith to promote and defend abortion, and refused to even give an answer regarding the wave of violence being visited against churches, pregnancy centers, and pro-life offices.

One reporter began by asking Pelosi how she reconciles her pro-abortion stance with the pro-life stance of the Catholic Church. “Do you agree with Pope Francis and Pope John Paul II that abortion is murder?” the reporter asked.

In her response, Pelosi side-stepped the actual question at hand, refusing to say whether or not she believes that abortion is murder. “What I agree on is that whatever I believe, agree with the pope on, is not necessarily what public policy should be in the United States as people make their own judgments, honor their own responsibilities, and attend to the needs of their families,” she said.

Pelosi was then asked for her response to Republican claims that Democrats’ rhetoric on abortion and refusal to condemn attacks against pro-lifers was contributing to the violent attacks taking place nationwide.

READ: Pelosi calls challenge to Roe a ‘dark day’ while touting her own motherhood and Catholic faith

Nancy Pelosi when asked about attacks on churches and pregnancy centers:

“This talk of politicizing all of this is, I think, is something uniquely American…”

“I’m a very Catholic person, and I support a women’s right to make her own decisions.”pic.twitter.com/ySrBkcG1aU

“Well, let me just say this: a woman has a right to choose. To live up to her responsibility is up to her, her doctor, her family, her husband, her significant other, and her God,” she began. “This talk of politicizing all of this, I think, is something uniquely American and not right. Other countries — Ireland, Italy, Mexico — have had legislative initiatives to expand a woman’s right to choose. Very Catholic countries. I’m a very Catholic person, and I believe in every woman’s right to make her own decisions.”

After this statement, she asked for other questions, saying she wouldn’t talk about this subject anymore.

Pelosi’s refusal to condemn the ongoing violence from pro-abortion terrorists is disappointing, but not surprising. Many of these attacks have included Catholic churches, which one would think would upset those who identify as Catholic. But Pelosi, along with the Biden administration, have been steadfastly ignoring the rising violence, including an assassination attempt on Supreme Court Justice Brett Kavanaugh, even as pro-abortion terrorist groups have warned that the violence is only going to escalate.

Pelosi’s abortion advocacy recently led San Francisco archbishop Salvatore Cordileone to ban her from receiving communion in the San Francisco archdiocese. Pelosi not only has repeatedly argued that abortion should be legal, but has used her Catholic faith to justify and support it.

As for her insistence that other Catholic countries have recently legalized abortion — in many instances, the influence of outside groups have added pressure on these pro-life countries, often to the dismay of the country’s actual citizens.