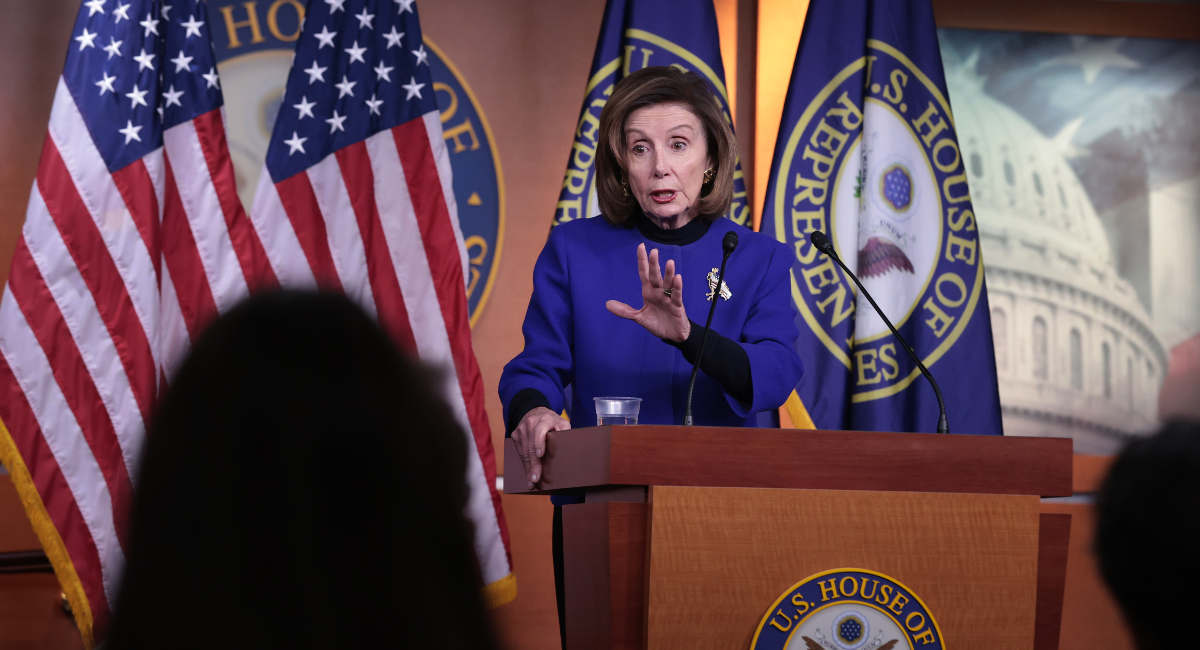 In the wake of the Supreme Court arguments in the Dobbs v. Jackson Women’s Health Organization case, House Speaker Nancy Pelosi is invoking her position as a mother of five children and a “practicing Catholic” to back up her pro-abortion stance, while making the argument that if Roe v Wade is overturned, the Supreme Court will lose its “legitimacy.”

On December 1, Pelosi put out a statement affirming her pro-abortion stance:

The constitutional right to an abortion has been repeatedly affirmed, and any failure to fully strike down the Mississippi ban would seriously erode the legitimacy of the Court, as the Court itself warned in its ruling in Casey, and question its commitment to the rule of law itself.

Should the Supreme Court choose to overturn Roe and its follow-up case, Planned Parenthood v Casey, it would hardly mean the court is less legitimate; instead, it would only overturn a ruling that was itself based on faulty logic. As Live Action President and Founder Lila Rose explains in the following video, the legal foundation for the Roe case was based on shaky ground. In writing the majority opinion, Justice Harry Blackmun said that the ‘right to abortion’ was covered under a woman’s “right to privacy.”

Rose further explains how the right to privacy has an even weaker and more bizarre constitutional foundation based on an earlier case, Griswold v. Connecticut, which states that “penumbras formed by emanations” recognize the right of privacy of married couples to obtain contraception. In twisting this unusual wording, the Supreme Court Justices somehow decided it was constitutionally legal to kill a child in the womb because it is a “private” matter.

READ: Children don’t keep women from achieving their dreams. Amy Coney Barrett is proof of this.

In an effort to further give credence to her pro-abortion claim, Pelosi later declared that since she’s a “practicing” Catholic and a mother of five children, she’s qualified to have an opinion on abortion. She called the Supreme Court hearings “a dark day.” Of the Supreme Court justices, she said:

Sometimes, I think they need a session in birds and the bees for some of the kinds of statements that they make. I say that as a mother of five — six years and one week, five children … as I say to my colleague, when you have five children in six years and one week, we can discuss this issue… It’s scary, it’s really scary and I say that as a practicing Catholic. Again, this shouldn’t even be a political issue.

Pelosi’s admonition of the Justices and her statement that her position as a Catholic and mother of five somehow gives authority to her pro-abortion stance is ironic; Supreme Court Justice Amy Coney Barrett, one of the more conservative justices on the Court, is herself a Catholic and a mother to seven children.

The idea that Pelosi’s motherhood means only her opinion counts doesn’t hold up when you consider any other profession; for instance, a male OB/GYN isn’t any less knowledgeable about childbirth simply because he does not give birth to children himself.

Despite Pelosi’s radical claims, the Supreme Court has made very bad judgements in its history — Dred Scot v Sanford in 1857 reinforced slavery, and Plessy v Ferguson in 1896 ruled that racial segregation was constitutional.

Roe v Wade is yet another case that was made in error and that should be overturned.