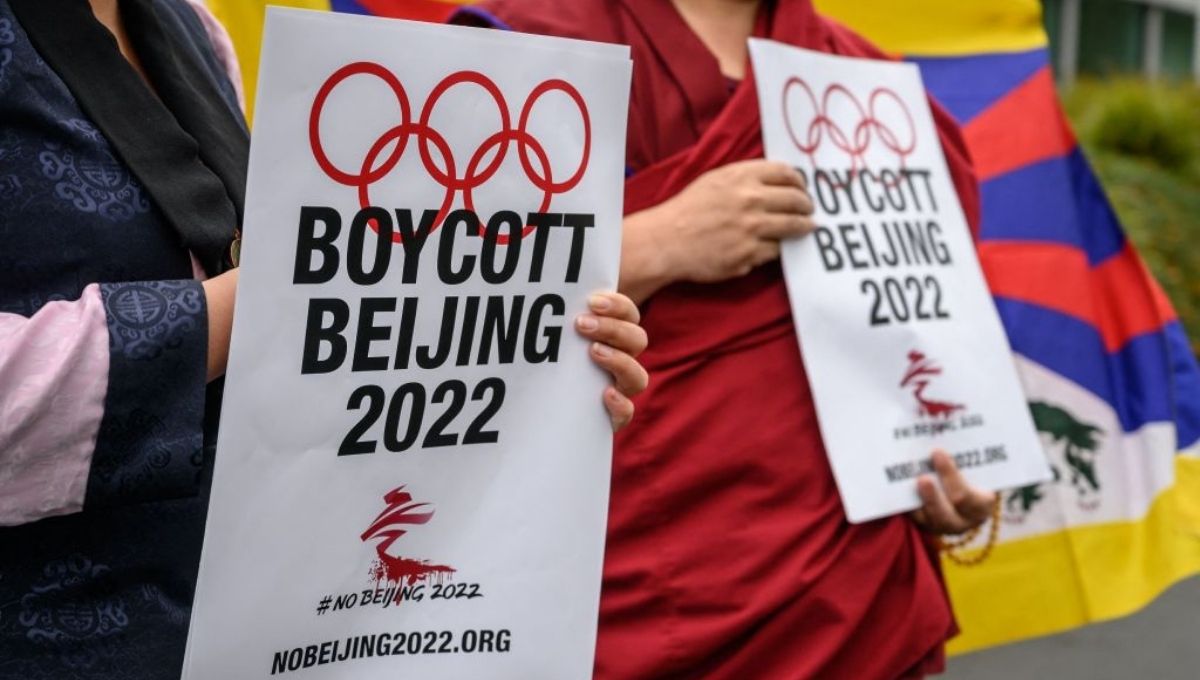 The Olympic Games usually draw worldwide interest, with millions of people across the globe watching impressive feats of athleticism from the world’s best. The upcoming winter games are scheduled to begin in February of 2022, but they have been marked with scandal and controversy from the very beginning. The International Olympic Committee (IOC) awarded Beijing, China, the honor of hosting the next games — despite widespread knowledge of human rights abuses in the country. And as those abuses — including the genocide and mistreatment of its own citizens — come to light, the IOC has chosen to do nothing, continuing to stand by China.

The latest controversy began when Chinese tennis star Peng Shuai accused a top government official of rape. She soon disappeared for several weeks, with calls for transparency growing louder \with no response. Then, she finally resurfaced, though many believe the appearances were staged, with the Chinese Communist Party (CCP) forcing her to participate. The IOC brushed off international concerns, including those voiced by the Women’s Tennis Association (WTA), which is threatening to withdraw all WTA events out of China. The IOC merely said that Peng was safe and well, though it refused to release the audio of its call with her, or to set up a press conference so she could speak directly with the international press.

That isn’t the only problem. 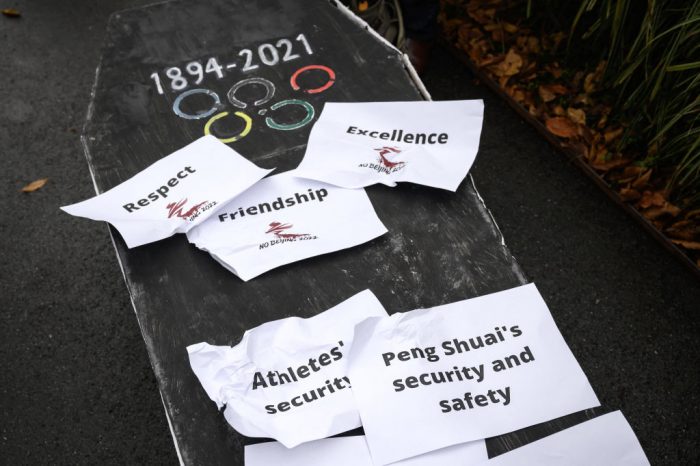 A coffin is displayed in front of the International Olympic Committee (IOC) headquarters during a protest by Tibetan activists against the February’s Beijing 2022 Winter Olympics, on November 26, 2021 in Lausanne. – Human rights campaigners and exiles accuses Beijing of religious repression and massively curtailing rights in Tibet. (Photo by Fabrice COFFRINI / AFP) (Photo by FABRICE COFFRINI/AFP via Getty Images)

China is strongly believed to be in the midst of committing a genocide against the Uighur people. There are an estimated one to two million Uighurs, along with other ethnic and religious minorities like the Falun Gong, currently held in concentration camps in the Xinjiang region. Those imprisoned are regularly beaten, tortured, raped, sterilized, and forced into abortions. Horrifyingly, some have been forced into organ donation while still alive — without anesthesia. Uighurs who escape are hunted down abroad and sent back to China for persecution.

Human Rights Watch, an international non-governmental organization (NGO), has urged the IOC not to award China any Olympic games. China hosted the 2008 Olympics in Beijing and promised to improve its human rights record, but Human Rights Watch pointed out that things have only grown worse since then.

“It is not fair or correct to have one standard for China – and a different standard for the entire rest of the world on human rights and sporting events,” said Minky Worden, director of global initiatives for Human Rights Watch. “In fact, rewarding China’s repression with yet another Olympics would upend the Olympic system, which essentially is about competing on the basis of following the rules.”

In addition to the Uighur genocide, China is well-known for its coercive population control policies, which include forced abortions — even in the third trimester. “In those days, women were abducted by government officials, tied up and dragged to us like pigs,” one midwife explained in a previous interview with the Atlantic. The gender imbalance caused by these population control efforts has led to heartbreakingly high rates of human trafficking and suicide.

“We are not a super world government where the IOC could solve or even address issues for which not a United Nations Security Council, no G7, no G20 has a solution,” Thomas Bach, IOC president, said earlier this year. “This is in the remit of politics.”

But while the IOC may not be able to solve the problems of human rights abuses in China, it can refuse to give legitimacy to an oppressive, genocidal regime by not allowing it to host the Olympic Games.