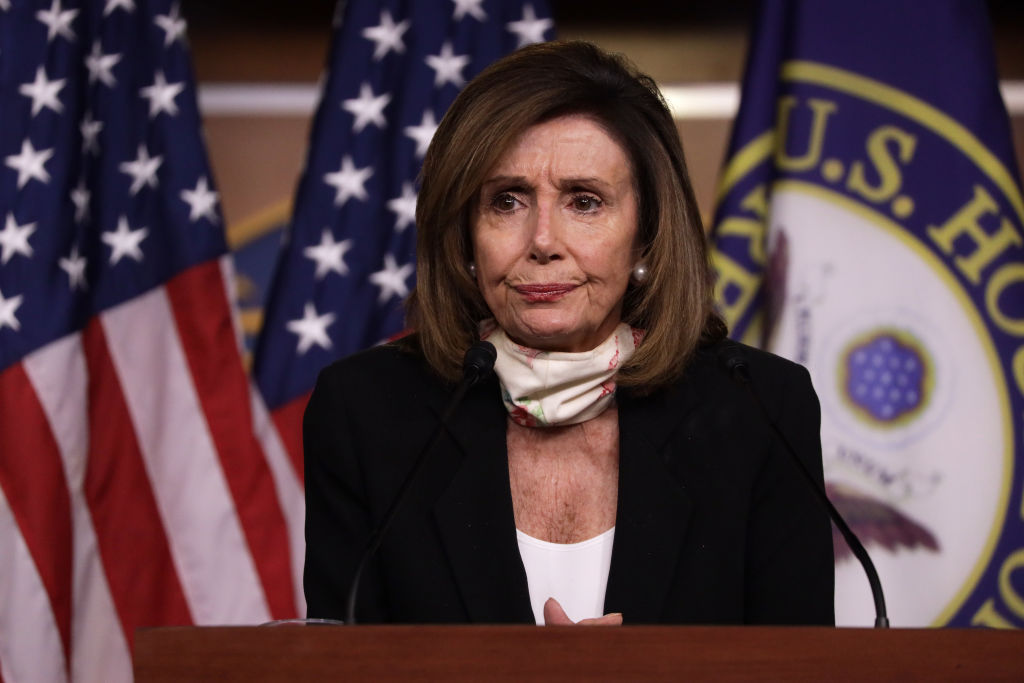 For years, China has been committing a genocide against the Uighur people. This summer, a tribunal detailed just how bad the genocide has become — from infantide, forced abortions, torture, and sexual violence to concentration camps, forced labor, and more. House Speaker Nancy Pelosi recently acknowledged the genocide taking place, but outrageously implied that the U.S. should look the other way when it comes to China’s human rights abuses because they are needed in the fight against climate change.

Pelosi made the remarks at an event in the United Kingdom, where she had been invited to speak to the Cambridge Union Society at Cambridge University.

“With their military aggression in the South China Sea, with their continuation of genocide with the Uyghurs in Xinjiang province, with their violation of the cultural, religious priority of Tibet, with their suppression of democracy in Hong Kong and other parts of China as well, they’re just getting worse in terms of suppression and freedom of speech. So human rights, security, economically. Having said all of that,” she said, “… we have to work together on climate. Climate is an overriding issue and China is the leading emitter in the world, U.S. too, developed world too, but we must work together. So we have to have a level of communication on whether it’s COVID, whether it’s terrorism, whether it’s climate. We still have to have some communication and dialogue with China on that.”

READ: China’s new three-child policy is not a generous change of heart. Here’s why.

Pelosi: Yes, China's committed “genocide” against the Uighurs; “having said that," the bigger, “overrriding" issue is “working together on climate” pic.twitter.com/xfk2jPgXTH

Human rights organizations have increasingly been condemning China for its human right abuses, the most notable of which is the Uighur genocide, though it is far from the only issue of human rights. Currently, there are at least one million Uighurs believed to be held in concentration camps, where they are treated much the same way prisoners were during the Holocaust. This includes food deprivation, torture, overcrowding, solitary confinement, forced labor, torture, rape, forced sterilization, forced separation of children from their parents, destruction of cultural and religious heritage, and organ harvesting by Chinese authorities against Uighurs.

The comments from Pelosi indicate just how China has been able to able to engineer a genocide for so long without anyone intervening. Earlier this year, the United Kingdom, Canada, the United States, and the European Union issued sanctions against China. These were the first sanctions issued against China since the 1989 Tiananmen Square massacre, with travel bans and asset freezes placed on four Chinese officials who are believed to be complicit in the genocide.

At the time, Nebraska Senator Ben Sasse released a statement applauding the sanctions — but said the world still needs to do more. “Chairman Xi has blood on his hands,” Sasse said. “The atrocities committed against the Uyghurs in the Xinjiang province are horrific — rape, torture, and slave labor are the Chinese Communist Party’s weapons. America and our allies are stepping up. Magnitsky sanctions are important, but we cannot relent as long as the genocide continues. The free world must do everything in our power to end these human rights abuses and put Chairman Xi in his place.”

Yet as Pelosi indicates, the world is clearly not willing to do everything it can to stop the genocide against the Uighur people. China, as Pelosi aptly demonstrated, is too powerful on the international stage for other world leaders to be willing to shun them.