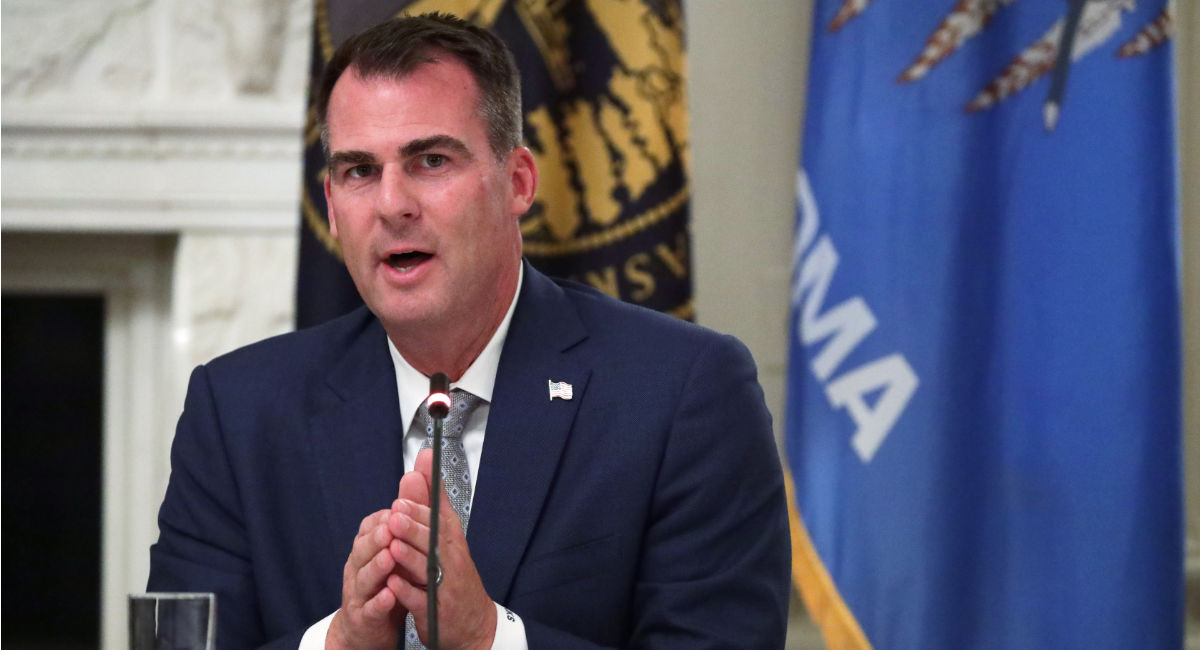 Following in Texas’s footsteps, Oklahoma lawmakers approved a bill last week restricting abortion after a preborn baby’s heartbeat is detected, which typically occurs at about six weeks of pregnancy, though the human heart first begins to beat about 21 days after fertilization. Today, Governor Kevin Stitt signed that bill into law.

Senate Bill 1503, the Oklahoma Heartbeat Act, is modeled after the Texas Heartbeat Act and bans abortions after a detectable heartbeat with an exception for medical emergencies (though abortion is never medically necessary). It does not include any exceptions for rape or incest and includes a provision allowing private citizens to sue anyone who performs or helps a woman obtain an abortion for $10,000. The bill prohibits any civil action against the woman herself.

Just weeks prior to this, Stitt signed into law a bill that would ban nearly all abortions in the state and make committing them a felony. That law is not slated to go into effect until the end of the summer. Senate Bill 612 bans nearly all abortions, with an exception only if the mother’s life is at risk. In reality, the intentional homicide of a preborn child is never medically necessary.

These bills have raised the ire of pro-abortion activists who have filed lawsuits with the state court to block the pro-life legislation. The challenge to Senate Bill 1503, Oklahoma’s Heartbeat Act, was filed directly in the Oklahoma Supreme Court and the challenge to Senate Bill 612, submitted to trial court, was attached to an existing lawsuit challenging five other abortion restrictions enacted last year in Oklahoma, all of which are currently blocked.

Following the enactment of the Texas Heartbeat Act, Planned Parenthood reported a 2500% increase in  Texas patients at its Oklahoma clinics. Alexis McGill Johnson, president and CEO of Planned Parenthood Federation of America, said, “These numbers are staggering and just one part of the devastating picture on the ground in Texas and the surrounding states.

In addition, Dr. Alan Braid, a plaintiff from Tulsa Women’s Reproductive Clinic, said that the GOP’s wave of anti-choice laws is “designed to threaten and intimidate physicians into not providing constitutionally protected healthcare, and force pregnant people to travel hundreds of miles to receive care.” Live Action News has repeatedly debunked the idea that abortion is health care.

But pro-lifers are not backing down. Oklahoma Gov. Kevin Stitt has pledged to sign every piece of legislation limiting abortion that reaches his desk.

The lawsuits emerge just as the nation has learned via a leaked report published by Politico that the U.S. Supreme Court may intend to overturn Roe v. Wade, the landmark 1973 Supreme Court ruling that legalized abortion in the country. Politico called the draft opinion a “a full-throated, unflinching repudiation of the 1973 decision.”

If overturned, the issue of abortion would be decided at the state level, making it critical that states enact pro-life legislation like in Oklahoma.