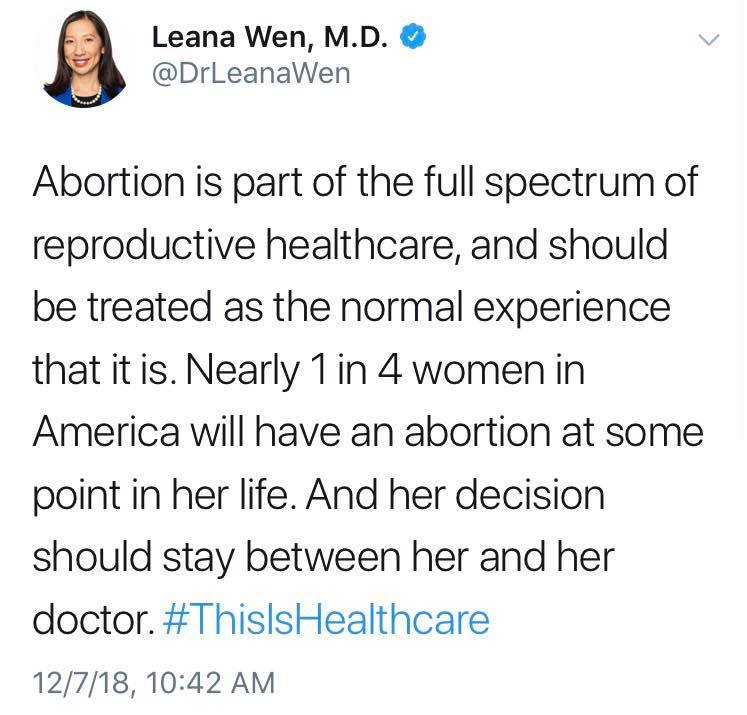 Jim Sollisch worked in an abortion facility for three years. He is, in his own words, “a longtime supporter of Planned Parenthood, NARAL Pro-Choice America, and the ACLU.” He remains strongly pro-abortion.

In an article in The Christian Science Monitor, Sollisch writes:

Pro-choice organizations should make it clear that every abortion ends a life, albeit a potential one. They should stop euphemizing and start making it clear that they really understand how emotionally wrenching an abortion can be… .

According to Sollisch, men interpret their partner’s abortions as a “loss” and a “death.” No one responds to an appendectomy or other minor surgery this way. Clearly, it is something very different from routine health care.

Sollisch says the following about other facility workers:

Many of the women who worked at the clinic were mothers. They knew exactly what their patients were giving up. And for the most part, they said so. They weren’t afraid to speak the language of loss. They acknowledged the pain.

Abortion causes emotional pain to women (and men). “Normal” health care does not.

Jewels Green, another former abortion worker, sterilized the instruments in the facility’s autoclave, and had to empty jars of fetal remains when she worked in the industry. She writes about seeing “teeny tiny hands and feet and arms and legs and a rib cage and a spine and a hollow, flattened, misshapen, torn head” up to “30 times a day, four days a week.”

Green started to have terrible nightmares. She describes a conversation with the clinic director:

I was 20 years old when I told the clinic director, “I’m having nightmares. Does anyone else have nightmares when working autoclave?”

She replied, “What we do here is end a life. And if you’re not okay with that, you can’t work here.”

Convinced that abortion, although it was killing, helped women, Green stayed. Her pro-life conversion would happen much later.

Both Green and Sollisch, now on opposite sides of the debate, admit that abortion takes a life. (Although Sollisch attempts to muddy the waters by using the words “potential life.”) Both the abortion workers and post-abortive women see it as a loss, even a death.

One psychiatrist, who supports both legal abortion and infanticide, wrote about the post-abortive women she’s treated.

She says, “Every single one of them has suffered horribly. They never forgive themselves.” She goes on to say that feelings of grief and guilt are not limited to religious women: “There may be more fear with the women who are very religious… But the level of grief for women who are even atheist is about the same.”

One study based on medical records found that women who abort have a 6-7 times higher suicide rate. Another study found that 31% of women who had abortions had thoughts of suicide — and the statistics are even more grim for teenagers. Teenage girls are 10 times more likely to attempt suicide if they aborted in the last six months than girls who had not. Another study found that women who had abortions have a 65% higher risk of clinical depression. This statistic was found after controlling for age, race, education, marital status, history of divorce, income, and prior psychiatric state. Another study of post-abortive women found that only 8 weeks after their abortions, 44% reported nervous disorders, 36% experienced sleep disturbances, and 31% had regrets about their decision. Other studies have found higher rates of eating disorders and drug and alcohol abuse, with one study showing a five-fold increase in risk of abusing drugs.

Ordinary health care does not affect women this way. When was the last time a study found that suicide, depression, and drug abuse increased after a woman had a wisdom tooth pulled? Clearly, abortion is not health care. No one mourns their lost appendix. But women do mourn their aborted babies. There are no support groups to help women process the grief that comes after having teeth extracted. But there are hundreds of support groups helping thousands of women cope with the grief they feel after losing their preborn children.