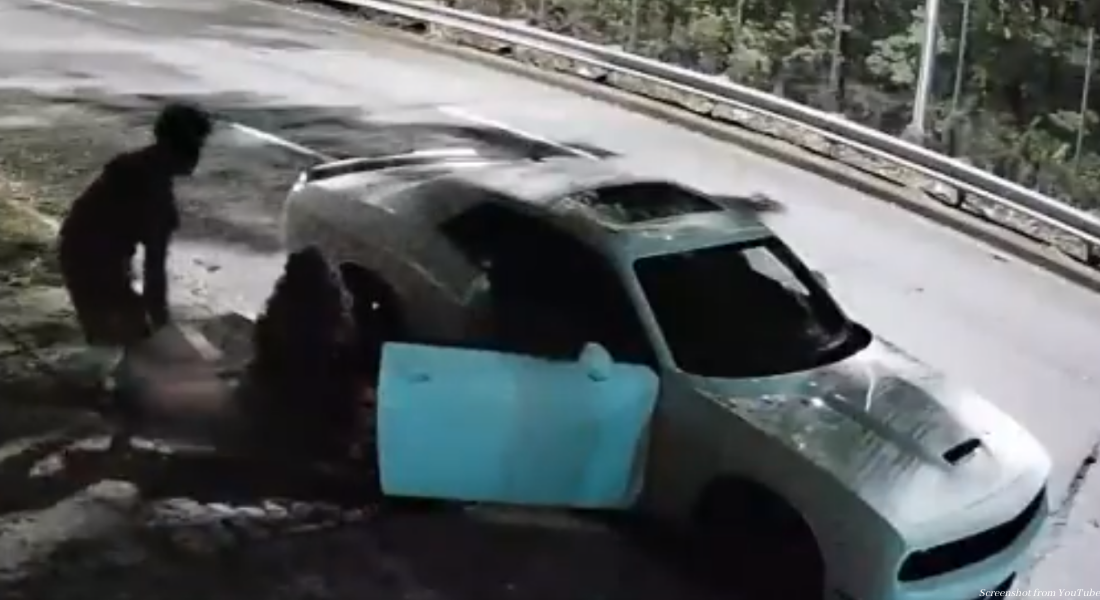 A pregnant nurse practitioner and her preborn baby girl were brutally murdered in Queens, New York. Joey Charles, Pierre’s boyfriend and the father of the baby, has been arrested for second-degree murder.

Vanessa Pierre, 29, spent the night at Charles’ house, and something went very wrong. Video footage shows a man, who police say is Charles, driving Pierre’s white 2019 Dodge Challenger on a Queens expressway and pulling over at nearly 3:00 in the morning. The footage shows him climbing into the backseat, where Pierre was still moving.

“And then soon afterwards, all movement stopped and the victim appeared to lay across the backseat motionless,” Queens District Attorney Melinda Katz said in a statement.

At approximately 4:38 am, the man in the video is seen pulling Pierre’s body out of the backseat, and callously leaving her on the side of the road. Ninety minutes later, Pierre was found dead, with grey sweatpants wrapped around her throat. “This is a heartbreaking case,” Katz said. “A pregnant woman was allegedly killed by this defendant — the father of her unborn child. Her family is devastated. The defendant … will answer for his alleged actions.”

At Charles’ arraignment, 10 of Pierre’s relatives watched as he claimed to be innocent. “He’s trying to say he’s innocent,” Melissa Pierre, Vanessa’s sister, said. “They showed him in a video of when my sister was alive … and then dragging her out of the car dead. He killed her in the car.”

Pierre’s father likewise spoke of his grief at losing not only a daughter, but a granddaughter as well. “It’s horrible what happened. I lost two people. I was prepared to have a baby shower for her,” Herlin Pierre told the New York Daily News. “I take it very hard. I can’t even sleep. She has a nice family, she goes to school, she’s a nurse — look what happened. She met the wrong guy.”

Last year, New York Governor Andrew Cuomo signed the Reproductive Health Act into law. Among other things, the RHA protects murderers from being prosecuted under fetal homicide laws. While the law also protects abortionists, what it means for victims of violence is that a perpetrator who kills a pregnant woman will not be charged for the murder of the preborn child. This is especially troubling, considering that murder is a leading cause of death for pregnant women.

Justice will never be fully served in cases like Pierre’s, thanks to the pro-abortion extremism of New York’s laws.