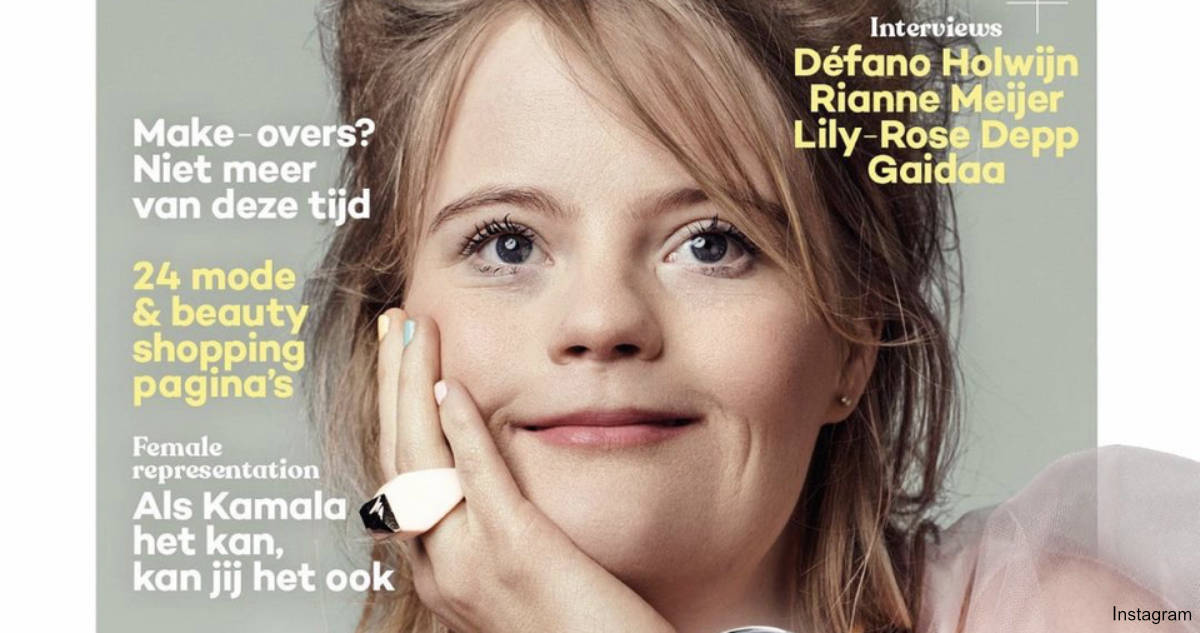 A 26-year-old Dutch woman with Down syndrome will grace the cover of the upcoming issue of Glamour Netherlands. The social media influencer known simply as Enya has her own beauty and style account on Instagram at DownSyndrome_Queen. Enya’s account has over 70,000 followers and is managed by her younger sister and biggest fan, Celine, who encouraged Enya to launch the account after searching unsuccessfully for beauty and style influencers with intellectual disabilities on social media, according to Elle. 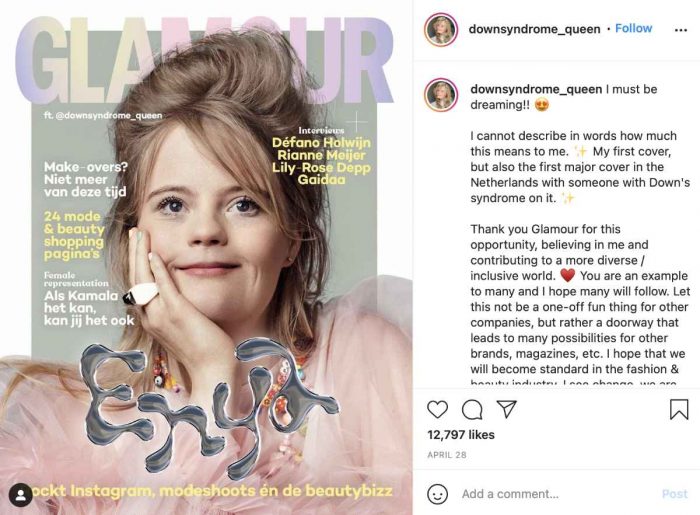 The post about Enya’s feature in Glamour noted that her personal first magazine cover is also the first major magazine cover in the Netherlands to feature a model with Down syndrome. “I must be dreaming! I cannot describe how much this means to me,” the post reads. “My first cover, but also the first major cover in the Netherlands with someone with Down syndrome on it.” Last year, British model Ellie Goldstein, who also has Down syndrome, was featured in the UK version of Glamour, Italian Vogue, and more.

After thanking Glamour for the modeling opportunity, Enya’s Instagram Stories post about the Glamour photo shoot advocated, “Let this not be a one-off fun thing for other companies, but rather a doorway that leads to many possibilities for other brands [and] magazines. I hope that we will become standard in the fashion & beauty industry. I see change, we are only at the beginning but we are heading to the right direction. We all can make the change, we all have to contribute.”

READ: Groundbreaking model with Down syndrome graces the digital cover of Allure

The model’s advocacy echoes her previous comments in Vogue. “From birth, I’ve been pigeonholed by the outside world. Of course, you have people who look at you and treat you differently, but on the other hand, it has also brought a lot of good things and people,” she said. “For example, with my Instagram account, I try to make people understand me for who I am and that there is no need to think in boxes. I want to show them that I have a nice life, that I can do (almost) everything and that I have a future with dreams.”

Models with Down sSyndrome have been increasingly visible in American advertising over the last 10 years in particular, modeling for companies like Wet Seal, WalMart, and Target, as well as in high end fashion events like New York Fashion Week.

Social media has contributed to enhanced societal awareness as well as awareness in multiple industries of the gifts, especially joy, that individuals with Down syndrome bring into the world. Gone are the days where individuals with Down syndrome were regularly institutionalized, pushed out of sight and therefore out of mind of the world at large. Now, coming face-to-face with the daily lives of these individuals both online and in person makes undeniably clear the urgent need to ban abortions committed specifically to “eradicate” this people group.