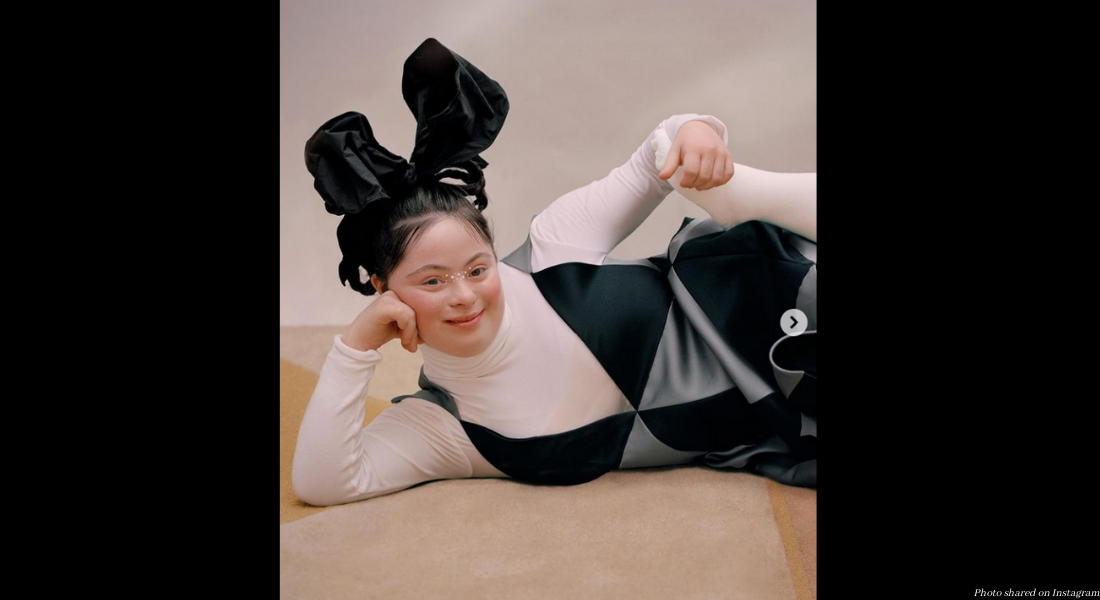 Earlier this year, 18-year-old Ellie Goldstein made history after starring in a beauty campaign for Gucci. A model working in a campaign for a high-end fashion brand would ordinarily not be noteworthy. However, Goldstein has Down syndrome — and she’s continuing her meteoric rise in the fashion world with a groundbreaking digital cover for Allure magazine.

Goldstein, from England, told Allure she has always wanted to be famous, and her campaign for Gucci Beauty inspired people all over the world. “When I saw [my picture] on Gucci Beauty’s Instagram, I thought, Wow! Who is this? Is this me, or what?!” Goldstein said in her interview. “My friends and family saw it. It felt very special to me.” Comments on the photos, which were left in multiple languages, included notes from other people with disabilities, who were thrilled to see people like them finally being represented. 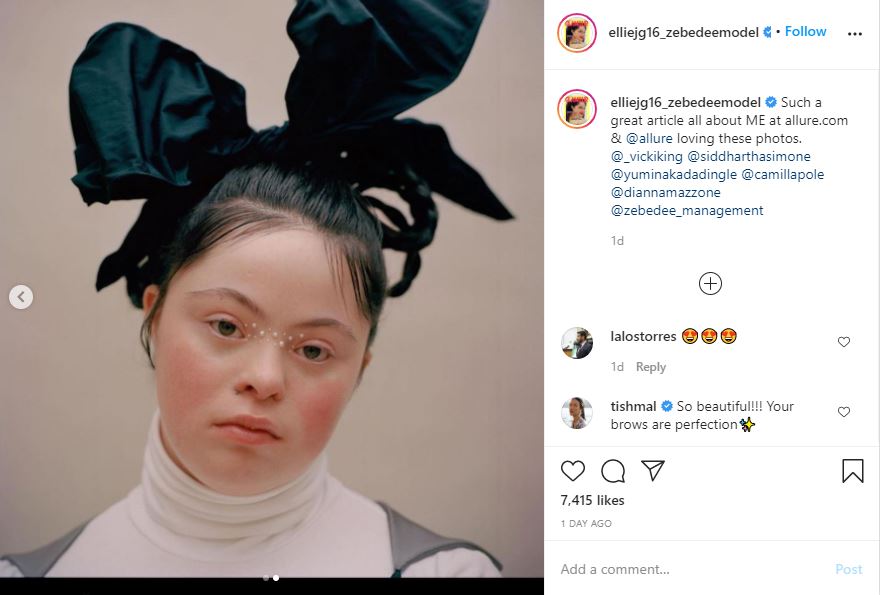 In 2017, Laura Johnson and Zoe Proctor founded Zebedee Management, the talent agency which represents Goldstein, and dedicated their work to furthering representation of disability in media. Originally, fashion brands would refuse to hire any of their clients, with Sue Moore, their head booker, telling Allure that they once received heavy negativity. But now, things are changing. “Some of our biggest wins are the smallest of jobs to other agencies — like e-commerce [shoots],” Proctor said. “It’s those jobs [with clients] that probably hadn’t considered a talent who had a disability or a visible difference [before].”

Part of the struggle is making sure that their talent is not only booked for jobs, but has an accessible environment, which can mean anything from handicapped ramps, sign language interpreters, or bathrooms accessible to those with disabilities. “We talk with our models about their needs, and have a very open dialogue with our clients as well,” Proctor explained. “We have a no-silly-questions policy, whether it’s regarding a fitting room or toilet.… It’s got to be a positive experience for everyone.” 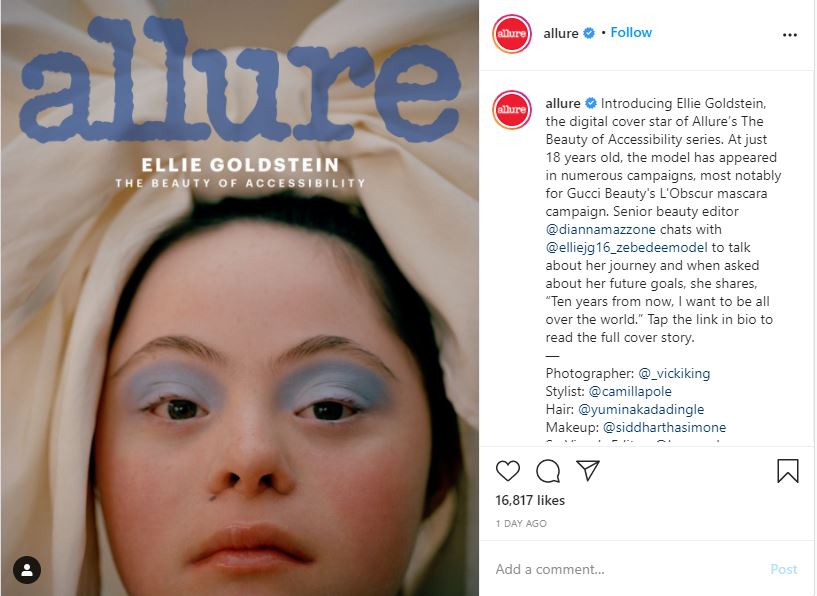 According to Allure, “positive” is the best way to describe Goldstein. “I never get upset or sad,” she said. “I’m always happy and bright and bubbly — and a bit cheeky.” In the future, she wants to work with other high-end brands, like Chanel and Louis Vuitton. Since her Gucci Beauty campaign, she’s already landed other jobs with Glamour UK, YOU Magazine, and Mytheresa.

Though some in the fashion industry may be afraid to take on models with disabilities, Goldstein is proving that anyone can accomplish their dreams, and that disability isn’t something to fear. “My disability makes me inspirational to others. My advice is to always be yourself, and never give up on your hopes and dreams,” Goldstein told Allure. “I am like no other person. I’m just myself. And I’ve made history.”