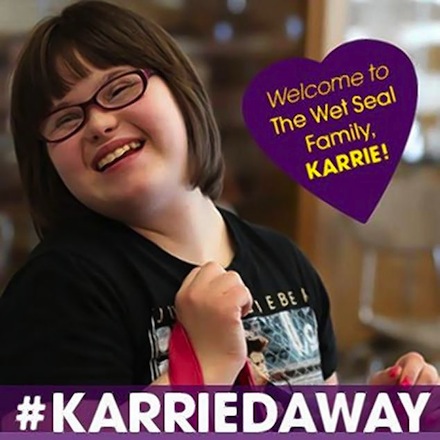 Karrie is a 17-year-old model for Wet Seal. And she has Down syndrome.

Karrie’s mom, Sue Brown, tells xojane the story of her daughter who reminds us that Down syndrome isn’t a disease and the children can blossom by being themselves. Karrie has been allowed to become a remarkable young woman who shows the world that life is what people make of it.

Detailing the scope of “diversity and inclusion” Wet Seal displayed, Sue tells about Karrie’s love for the company’s clothes.

“Many children with Down syndrome have soft muscle mass, which can lead to shopping in the plus size section, which Karrie loves to do. It was at Wet Seal where she really fell in love with clothes that made her fall even more in love with her body.”

Adding that “She has terrific self-esteem and feels good about her body,” Sue talks about putting a picture of Karrie in her Wet Seal outfit on social media and how she received questions from friends, also with children with Down syndrome, where she got Karrie’s clothes. 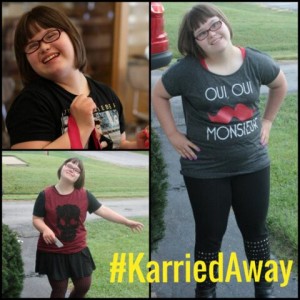 “Wet Seal challenged Karrie to get 10,000 ‘likes’ on that Wednesday by Friday — she was over 11,000 before noon on Thursday! A lot of big brands may talk about diversity and inclusion, but when my daughter hit 10,000 Facebook likes, Wet Seal told me that they were going to fly me and my daughter to California to do a professional modeling shoot. I don’t think I’ve ever seen my daughter so excited. I heard some people tell me not to encourage her to do things that ‘she might not be able to do,’ but to me, Karrie represents how we don’t need to place limits on ourselves.”

Wet Seal didn’t just leave it to Sue and her social media, friends though. It helped the process. In August, its twitter said:

What is notable about Sue’s story is that she also reminds people that what feels like bad news doesn’t have to be, especially with a prenatal diagnosis:

“When I received the prenatal diagnosis that my baby had Down syndrome, my world came to a skidding halt. My mother wisely let me cry for about 20 minutes, then asked me what had changed. I remember telling her everything had changed. Then she said the words that would set the stage for how my daughter would be raised. My mom said, ‘Your baby might have a disability, but she will only be disabled if you make her that way.’”

Sue made a choice for Karrie’s life and has discovered she has a daughter who is a confident and joyful young woman. The old adage that children become what you teach them surely holds true here. As Sue details Karrie’s life, she speaks admirably about her daughter who exudes self-confidence, who is happy, who likes who she sees in the mirror, but children learn what they live and what they are taught, and Sue’s choice to love Karrie and raise her as a wonderful young woman matters, as it does for every mother of every child.

Sue speaks with amusement about Karrie describing her style as “biker chick” and having no idea where that phrase came from. In her shoot at Wet Seal, Karrie asked for Justin Bieber music.

Karrie is a teenage girl who likes fashion, fun and herself. She’s not in denial, though. Sue adds:

“At 9 years old, Karrie received an additional diagnosis of autism. We talk about what is going on, and Karrie knows she has these diagnoses and how this can impact her trying to do things. She knows that sometimes, even though she tries very hard, it might take her longer to accomplish what she sets out to do. But she does keep trying. Karrie is not defined by her diagnoses. She is simply who she is.”

And one thing Sue says should resound in everyone as one of the greatest lessons of the value of all life:

I love that even during the day itself she showed me exactly what happens when you start underestimate someone. All it is — is a reflection on you.

So often we hear of the abortion rate of babies diagnosed with Down syndrome: It’s over 90%. So many lives that could be testaments of hope and joy like Karrie’s become devalued as not being as worthy of life as a normal, healthy baby that will be born “wanted” and “whole.”

Life is what people choose to make of it. Karrie’s story is one of many examples of what the value of life looks like in spite of what a cultural norm might say.

You can read the entire original story Sue wrote, which has been retold by many media outlets now, here on oxjane’s website. 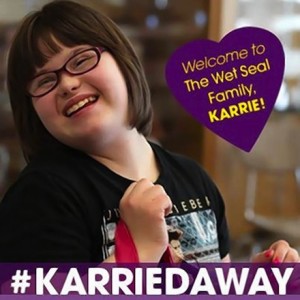