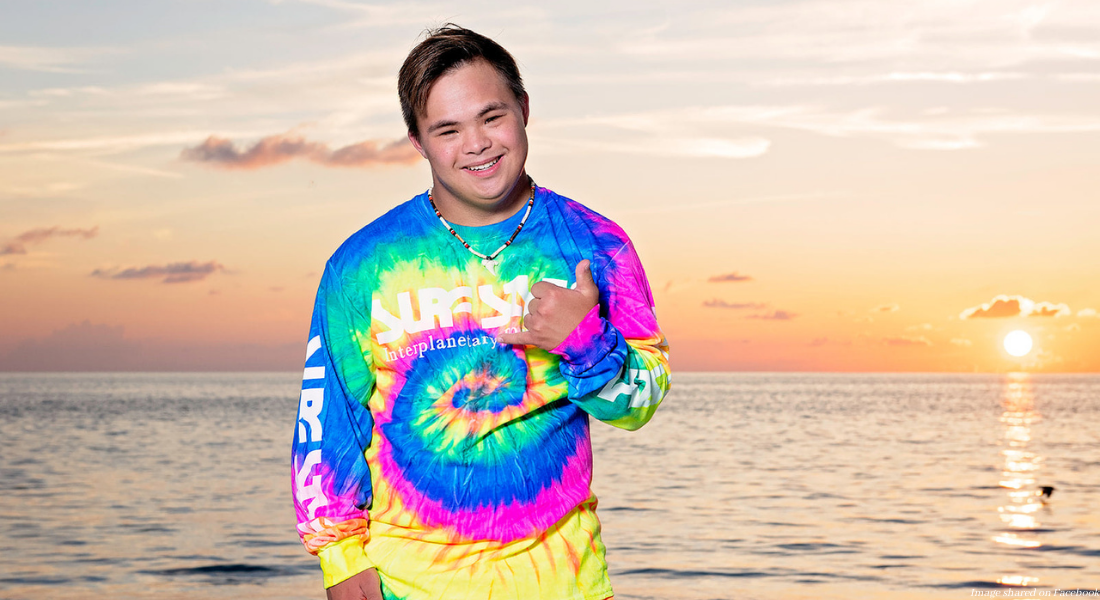 An 18-year-old with Down syndrome is seeing his modeling dreams come true as he has been hired for numerous ad campaigns. Ethan Holt has been chosen to pose for companies ranging from local surf shops to a nationwide ad campaign for Walmart, and it all started with what his mother calls a premonition.

Holt said the family took a trip to New York, and he had a vision of being a famous model, according to ABC Action News. Then his mother, Phoy Holt, saw that the non-profit organization Help Us Gather (HUG) was giving away free headshots, and she helped Holt sign up — and the dream he envisioned during their trip to New York began to come true.

“I said they’re giving a free headshot and you can wear anything you want,” she said. “So he picks out his three-piece suit, and I’m like, are you gonna wear that?” But it worked. Holt impressed the photographers and was hired by SurfStyle, a Clearwater beach wear company. Next, he began appearing in commercials for Advent Health — and now, he’s in a nationwide ad campaign with Walmart.

His star shows no signs of dimming. He’s slated to appear next in an ACH Healthcare internal employee video. And Holt, a medalist with the Florida Special Olympics, has had a lot of people cheering him on along the way.

READ: Man with Down syndrome hosts Valentine’s Day fundraiser for kids with cancer

“It’s a huge step for people with disabilities to have that representation on a national scale, to see somebody that looks like themselves,” Tyler Baynard, an ESE teacher at Northeast High School, told ABC Action News. “We’re just so proud of Ethan and being kind of an advocate for the inclusion that we special needs teachers fight for every day.”

Baynard wasn’t the only person at Holt’s school to speak so highly of him.

ESE teacher Scott Peterson added, “We don’t have enough people including individuals with disabilities into our mainstream America and seeing that Walmart commercial, I was like, ‘yes, that’s what we need, we need more of that’!”

And all the support means the world to Holt. “I’ve got no words,” he said. “I’m happy and I want to thank you, everybody.”