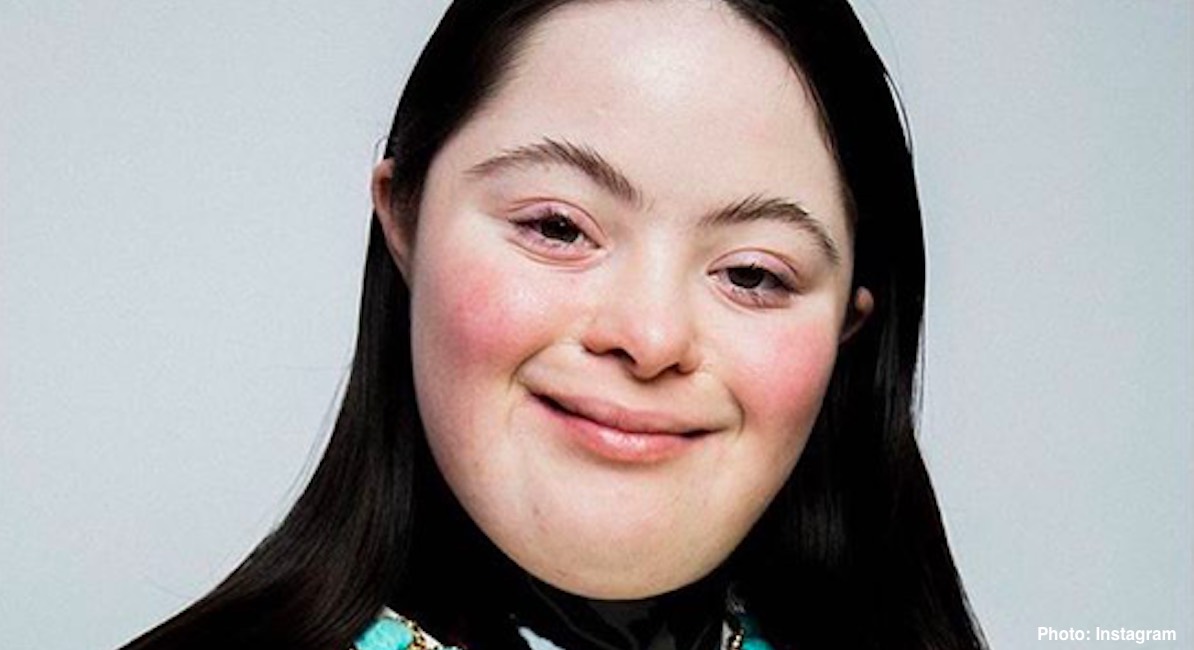 A British teenager with Down syndrome has made history by starring in a Gucci Beauty campaign, which was featured in Italian Vogue. Eighteen-year-old Ellie Goldstein from Essex is the first model with Down syndrome to pose for Gucci, and she has quickly gone viral on social media for this huge accomplishment.

Goldstein is signed with Zebedee Management, a talent agency dedicated to increasing the representation of people with disabilities in media. She has appeared in numerous campaigns since signing with them in 2017, including a Nike campaign for the Women’s World Cup last year. And while Goldstein has no shortage of fans, her mother Yvonne may be the most proud.

“We’re all incredibly proud of Ellie and all the lovely comments she has had on Gucci’s Instagram,” Yvonne told the Metro. “She has always loved being in the limelight and in front of the camera, she’s very confident and good at taking direction.” She added, “Drama is her passion and she has been in lots of shows. She is very outgoing and wants to be seen and heard. She is very good at English and has a great memory which helps with memorising scripts.”

Goldstein spent a day in London, taking a break from her college courses in Redbridge to model for Gucci, and it was an exciting experience. “I really enjoyed the modelling and loved wearing the Gucci dress,” she told the Metro. “I’m really proud of the photoshoot and would love to be famous. I’m looking forward to modelling for other brands.”

Her success has led those at her agency to speak out about the need for more representation in modeling and media. According to their research, less than 1% of those featured in advertising have a disability, and that number is even lower in fashion and beauty advertising.

“This is only one or two models in 10,000! Brands can no longer say that the ‘public don’t want to see’ disabled models, as this Insta post proves otherwise,” Laura Johnson, the director at Zebedee, told the Metro. “Inclusion of all people in the industry is so important, not only because it the right thing to do ethically, but also makes good business sense. The spending power of disabled people is estimated at £249 billion per year – it’s a massive market! Ellie is such a wonderful person inside and out. She lights up the room when she walks in and is such a professional. She is incredibly skilled and such natural beauty. This means the world to her, her family and the wider community. We really hope that all brands take note and including disabled models now becomes the norm.”