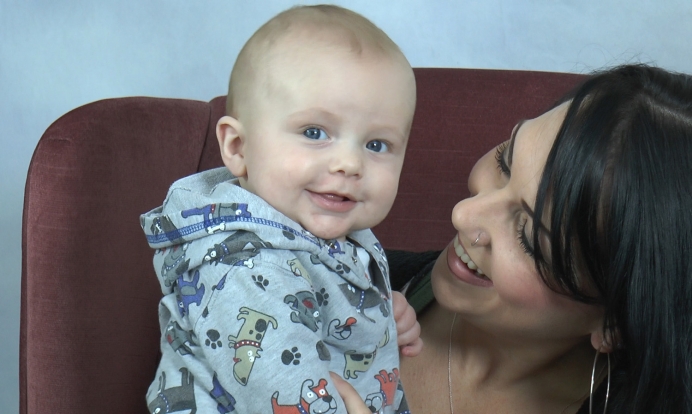 2016 has been filled with shocking news, too many deaths, and plenty of surprises. However, we can’t let the year go without also stopping to celebrate the lives that were saved and the people who were loved this year. There’s more than we may ever know, but let’s meet 10 beautiful babies who were saved from abortion in 2016:

Esther came to the United States from Nigeria and soon discovered she was pregnant. She had already gone through two abortions back in her home country and thought she would make the same choice again. However, Esther found Her Choice Birmingham Women’s Center, and they gave her love, support, and the truth. At the center, Esther watched the Abortion Procedure videos made by Live Action (including the one below), where former abortionist Dr. Anthony Levatino describes what actually happens in various types of abortion. Esther was shocked and saddened, and after seeing an ultrasound of her own baby at the center, she chose life.

2. This baby whose abortion was canceled

Late in 2015, mother Ester Garcia shared amazing photos of her daughter, Hope, who was miscarried at 16 weeks, with Live Action News. The article continued to be read all throughout the year, and during the summer, one commenter wrote that she canceled her abortion after seeing Baby Hope.

It is very likely that this baby would have suffered through a D&E abortion if her mother had not changed her mind, as that is one of the most common abortion procedures in the U.S. at 16 weeks.

In May 2016, Dr. Matthew Harrison of Abortion Pill Reversal (APR) revealed that 100 babies were due to be born this year after their mothers successfully chose to reverse their abortions. As APR’s doctors work all throughout the year, this number has now grown well past 100 for 2016. Here is Dr. Harrison with one of the babies who was born after a reversal: 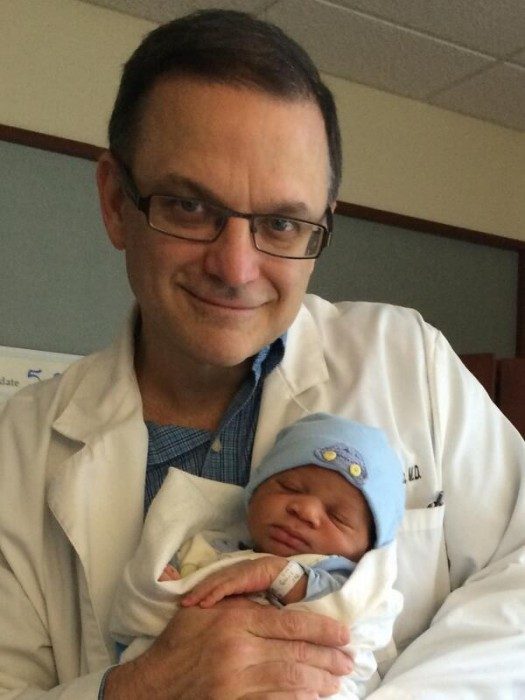 For anyone seeking information on abortion reversal for medication abortion or abortions involving laminaria insertion, including pregnant mothers, doctors or pregnancy centers who want to help, or other pro-life volunteers who are willing to man the phone line:

4 and 5. These two babies saved when sidewalk counselors offered help in abusive situations (Click on “See More” in the Facebook post to read the whole stories.)

If you are a woman experiencing pressure to choose abortion, please see this guide for help. Here is another beautiful baby recently saved by Sidewalk Advocates for Life’s work: 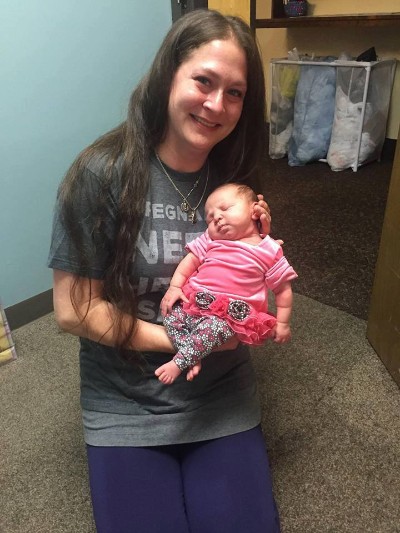 6 and 7. These Christmas twins

Live Action writer and pregnancy center staffer, Christina Martin, was able to meet a beautiful set of twins she helped save from abortion this year. Their photo was spread all over social media, and thousands were able to rejoice that a new little brother and sister pair were here to celebrate Christmas. 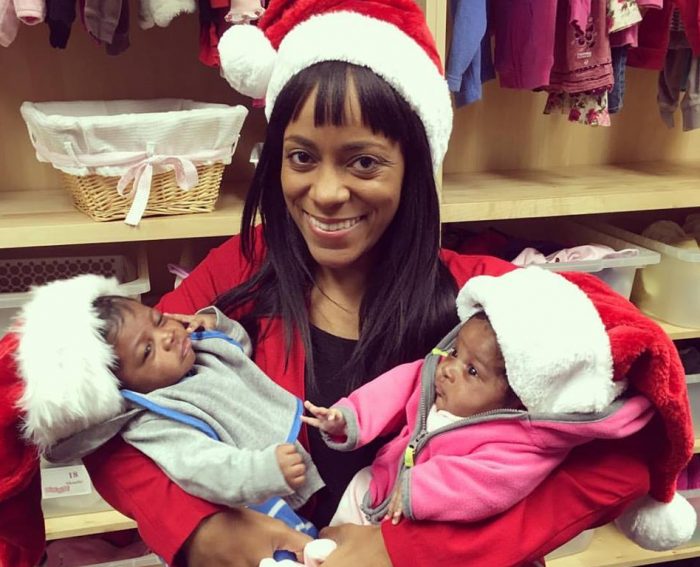 Sara told me that she had an ultrasound at her doctor’s office which revealed she was pregnant with twins. She had children at home and she felt she couldn’t have another baby, let alone twins. Her boyfriend had recently broken up with her and she was lacking significant family support.

Unbeknownst to me, she scheduled an abortion appointment on the weekend before she was scheduled to come to our pregnancy center. She had planned to go through with the abortion and we would have likely never seen her after that.

The morning of her appointment at the clinic, Sara felt an emotional weight upon her shoulders. She felt sick on the inside as she thought about her abortion. The intense feelings were a sign to her that she couldn’t abort her twins. In the quiet of her home, she made a decision to cancel her scheduled abortion. Sara told me as soon as she decided to cancel her abortion, a sense of relief washed over her. In an instant, all of the emotional weight was lifted off of her and she felt free.

The staff and volunteers at the ABC Women’s Center walked with Sara through her pregnancy. …

In December, Live Action shared this story with some of its supporters in an email:

Your gift helps us save lives: Michelle is a young mother who almost aborted her child this year but chose life instead after learning the truth about abortion online. She wouldn’t have made that decision if it weren’t for Live Action’s Abortion Procedures videos showing the development of her preborn child and what abortion actually would do to kill that child.

Michelle just celebrated her son’s first Christmas all because YOU made those videos possible.

Axton’s mom, Acacia, was planning on abortion when she walked into a pregnancy help medical clinic in Casper, Wyoming. Pregnancy Help News reports:

During the conversation, Acacia heard a life-changing statement.

“The advocate explained to me how God has a purpose for everybody, and a huge purpose of mine was to be alive if I was supposed to be dead a month before that [due to a terrible car wreck],” she said.

After learning her earlier positive pregnancy test was accurate, Acacia was given an ultrasound. She was too early to verify a viable pregnancy, so the clinic’s nurse scheduled her for a return appointment two weeks later.

That provided Acacia time to consider all her options, and to hear a message of life-changing hope.

“I sat there and listened and talked to her,” Acacia said. “She helped me realize that whatever I did choose would affect me the rest of my life, and that the obstacles I was facing at that time were temporary. She made me look at things from another point of view. I realized I did have a purpose, and even though I felt alone, I knew there would be other people there for me fully.”

Today, Acacia is living out that purpose. She decided to carry to term and parent, signing up for True Care’s long-term parenting program called Baby & Me. She met regularly with an advocate who helped guide her through parenting classes and has become a strong support throughout the first stages of Acacia’s motherhood.

In January 2017, Acacia will bring Axton — who she says “saved my life” — to Washington, D.C., to participate in Babies Go to Congress.

Baby Jude is not born yet, but his parents have already rejected abortion, despite doctors’ counsel to terminate their son’s life. Jude has a condition that impairs his kidneys and threatens his life, but instead of aborting him, his parents, Josh and Kelli, have connected with doctors who are willing to treat their son in utero. Through amnioinfusion, Baby Jude is being given a chance at life and also may pave the wave for other children like him to be saved in the future.

11 and 12. These twins whose mother walked out of an abortion facility

On her way to the abortion facility, this mom promised God that she would not have her scheduled abortion if she was pregnant with twins. To her surprise, the ultrasound showed two beating hearts and two little babies. She informed the staff that she changed her mind, but they reportedly locked her inside the facility for awhile and refused to refund all her money. You can read the rest of her harrowing account here, and if you or anyone you know is being pressured to go through with an abortion, see this guide here.

So, in 2017, how are you going to step out and save a life? How are you going to spread information, stories, and videos that will influence others to choose life and know there are support, love, and real facts available? Let’s do this together, and make 2017 the best year for LIFE yet!